In 1988, girlfriends Claudia Brenner and Rebecca Wight were attacked by a "mountain man" on the Appalachian Trail. This hybrid documentary blends past and present, following the sole survivor's return to the trail for the first time and the path of her survival.
READ REVIEW
Next Previous 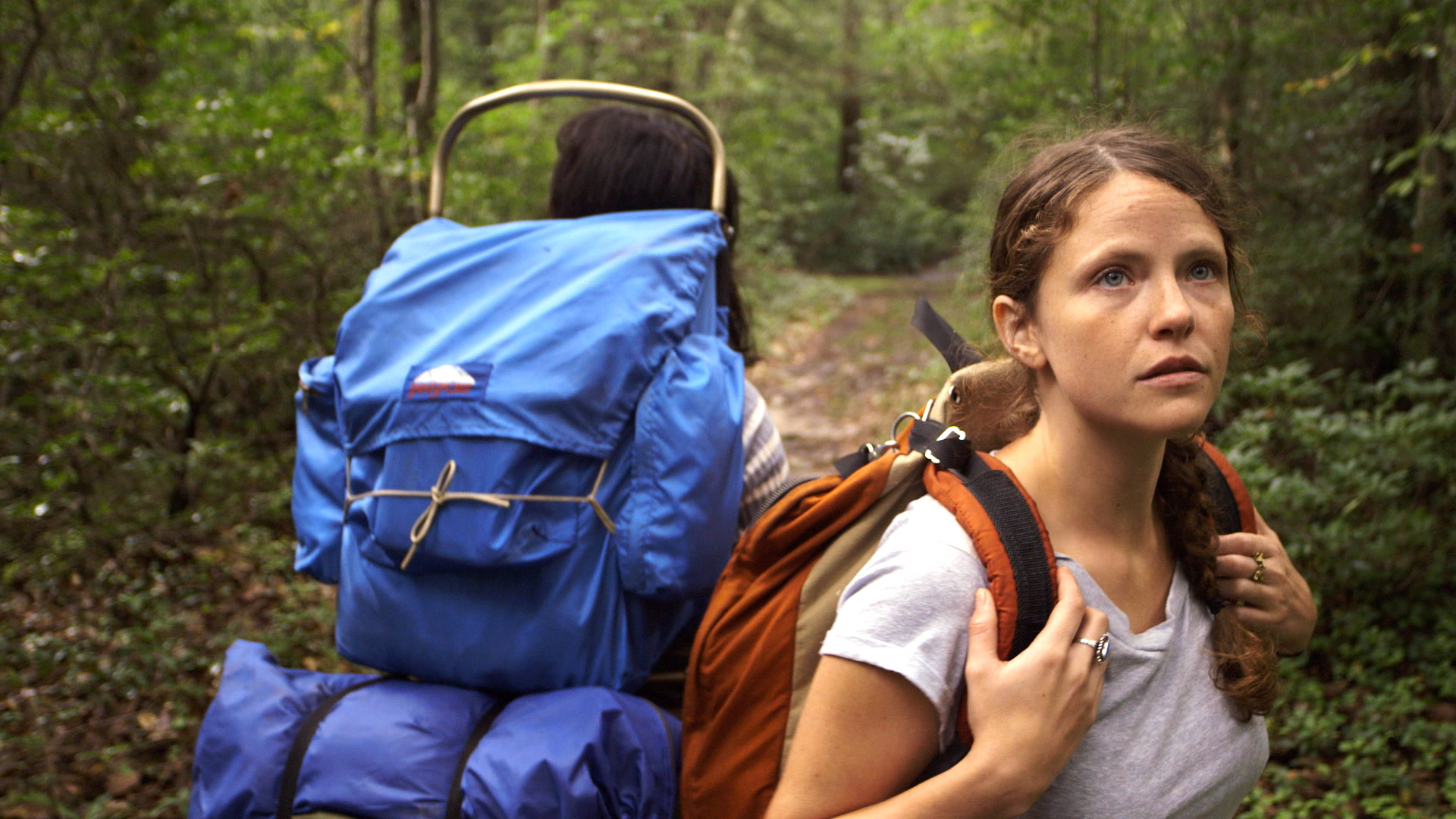 Documentary about Crime in Live-Action
Directed By Austin Bunn
Produced By Traveling Fellows, 2.35
Made In USA

It sounds like a set-up for some cliché horror movie: two young lovers stalked by some hillbilly while hiking in the woods. But, director Austin Bunn’s documentary/narrative hybrid, In the Hollow, isn’t some over-the-top genre tale. Rather, it’s a story that is sadly based on true events—a young gay woman’s desperate survival after a shooting on the Appalachian Trail.

As that description might entail, this is a pretty tough watch. Yet, while it’s an emotional and dramatic short, thankfully, it’s never heavy-handed. Instead of concentrating on the violent act that forever changed a person’s life, the film chooses to make the burgeoning relationship between two young women (Claudia Brenner and Rebecca Wight) its focus. Was this going to be a long term relationship? A quick romance that would have never survived a long distance arrangement? Hollow is tragic because, as viewers, we know that these sort of mundane “everyday” relationship questions will never be answered. The moments Bunn captures in reenactment are tastefully chosen—the impending violence is inevitable, so it’s actually more resonate that the film doesn’t really show it. Rather, we are left with the preamble and the devastating aftermath.

The film’s various vignettes are juxtaposed with Brenner’s own retelling of the story, and ultimately, her return to the site of her girlfriend’s death for the first time. Again, none of this is played in an overly dramatic fashion—the film is emotional because the situation is, not because the filmmaking feels forced. While the subtext of unjustified hatred against gay people is clearly there, the story never becomes a polemic—we are left only to feel the profundity of someone left in the wake of tragedy.

After screening another short documentary he had made, Brenner herself approached Bunn to see if he would be interested in collaborating to tell her story. When he actually set out to craft the short, he knew the type of film he didn’t want to make: “a cheesy, exploitative dramatization.”

Bunn continues: “We’ve all seen these versions on basic cable, or flashback sequences in crime drama. My goal was to “conjure” up the past by emphasizing a genuine relationship between Claudia and Rebecca—so they weren’t simply victims—and then collaborate with my terrific director of photography Spencer Gillis to make the past look as immersive and beatific as possible.”

If Spencer Gillis’s name sounds familiar, we featured his own short film, Sweep, earlier this year. Gillis shot Hollow on the Canon C300. The cast and crew essentially camped out in the Michaux State Forest in Pennsylvania for the duration of the shoot—all outdoor locations and natural light!

Coming off his work as screenwriter for 2013’s Kill Your Darlings (starring Daniel Radcliffe), Bunn is currently penning a feature adaptation of a short story for Participant Media. We hope it can find its way to screens soon!