A tense chance encounter at a local recycling center leads to an instant friendship, which, in turn, leads to a bitter moment of reckoning.
READ REVIEW
Next Previous 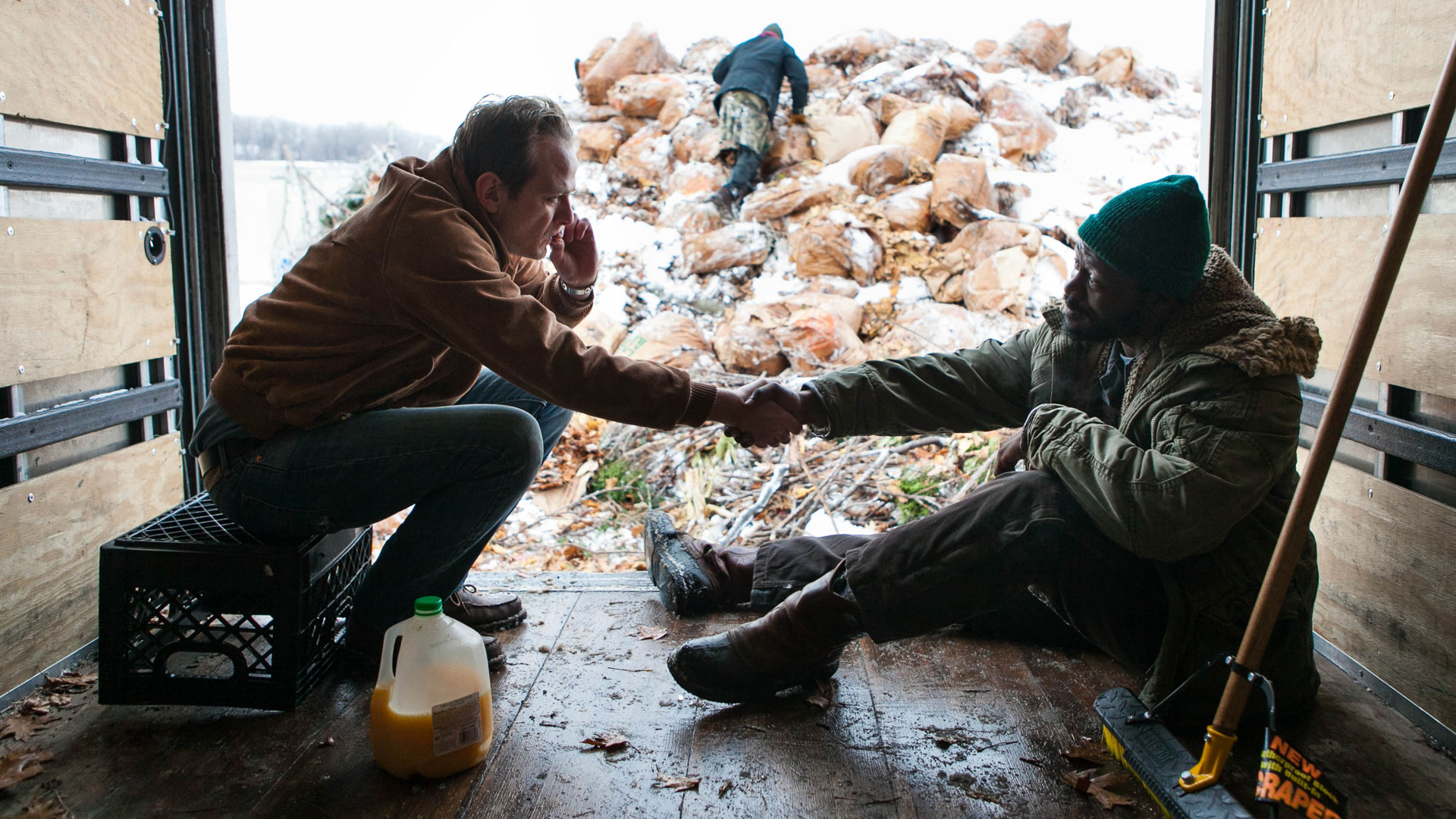 Drama about Friendship in Live-Action
Directed By Spencer Gillis
Produced By 2.35
Made In USA

Racism is such a tremendously complex issue that when most films attempt to tackle it, they tend to overreach—their handling of the subject becomes so broad that it either feels detached or—in the case of the something like Paul Haggis’s Crash—comes off as cheesy. So, how does one handle such a nuanced and difficult subject? Spencer Gillis’s Sweep acts as a sort of answer to that question. By tackling something small and specific (in this case, a chance encounter between two very different men at a recycling center on a snowy day), he is able to probe at something much larger. Sweep uses a simple premise to examine the nature of human interaction and the societal implications and judgments spawned by race. And, it does all of this through the lens of fatherhood.

This upcoming weekend is Father’s Day. And, yes, while I know this “holiday” is essentially a manufactured Hallmark celebration designed to sell greeting cards and ugly ties, as a young father myself, I still can’t help but take some meaning from it. You see, parenthood connects people—it’s a shared human experience that links disparate folks from a variety of cultural and socio-economic backgrounds. After all, a poopy diaper knows no income bracket. And, in a tangential way, that’s sort of the thesis of Sweep. In the film, we watch as two very different men bond and form a friendship. What starts as a tense interaction (mostly due to racial stigmas and stereotypes), evolves into a kind encounter—two dads just hanging out on a cold day. But, then, as you would expect, things turn ugly; not in a bombastic way, mind you, but what transpires is perhaps more insidious. Inaction becomes a horrific character choice, and as close as these characters have come over the previous 12 minutes, we are forced to uncomfortably realize that they are still miles apart.

“The purpose of Sweep is to stir your emotions and compel you to an honest and uncomfortable conversation about race and racism.”

As director Spencer Gillis relates, “The purpose of Sweep is to stir your emotions and compel you to an honest and uncomfortable conversation about race and racism.” But, as he further explains, the film didn’t start out this way. Rather, the creative seed for the short came from his desire to tell a story about fatherhood.

As he further explains: “I’m constantly struck by the way fatherhood can create an instant bond between men. As the narrative took shape, I began to see an opportunity to touch on the larger issue of race and racism in a powerful way…I’ve spent the last decade in the New York City area, where I’m continually humbled by the diverse populace and cultures at my doorstep. Reflecting upon the narrow-sighted views in the small town bubble of my youth, I can’t help but be haunted by the stark contrast that in many ways still exists today.”

Sweep has been haunting audiences on the festival circuit over the past year, playing at such high caliber fests as Aspen, Palm Springs, Cleveland, and Rhode Island. It was shot beautifully on the Arri Alexa with Panavision Vintage lenses with a crew of about 20 people. Gillis is currently hard at work writing a feature adaptation of his first short film, Gun, which played at Sundance in 2013 and is currently available via iTunes.