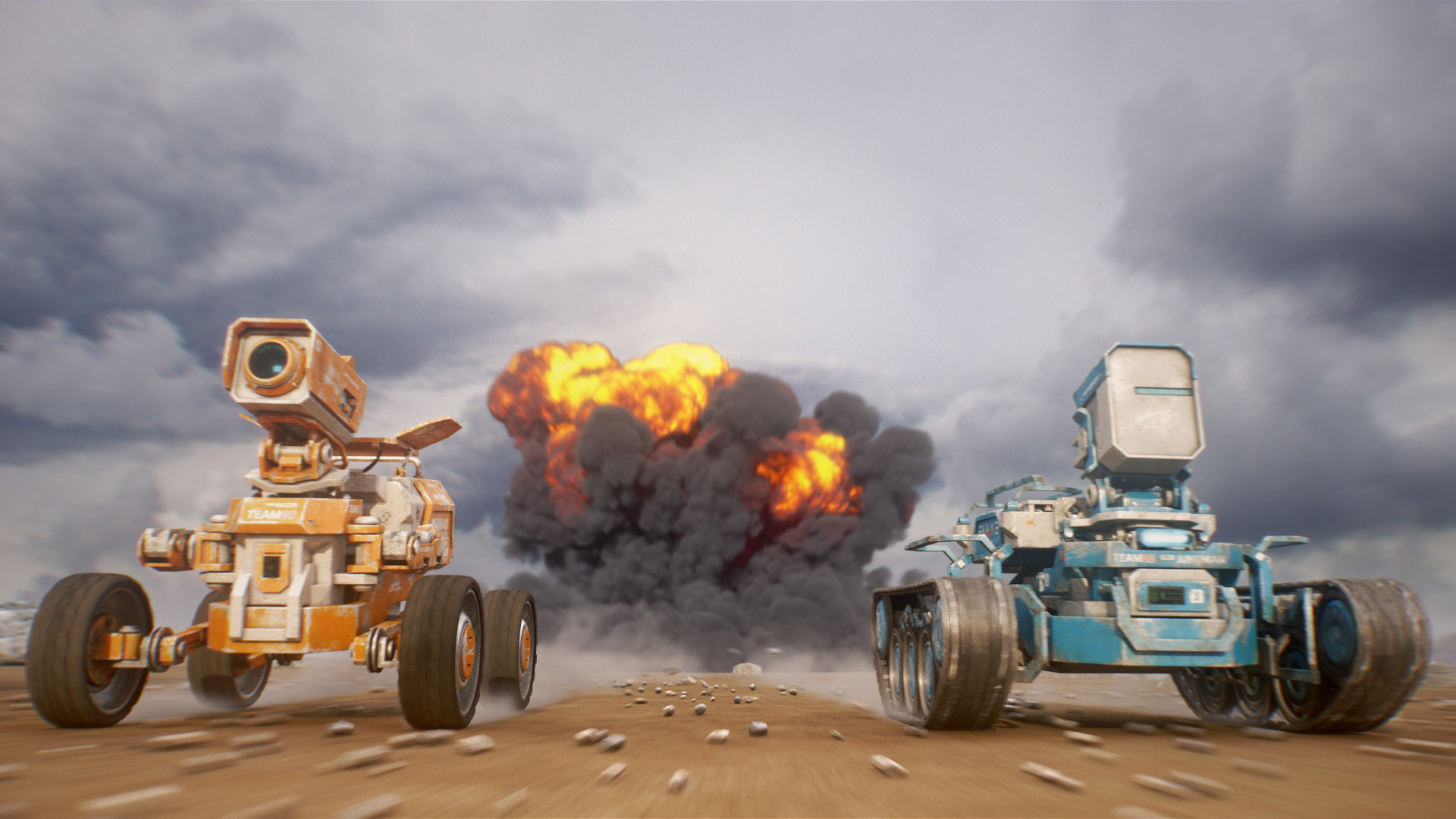 Inspired by the two robot characters, TARS and CASE, from Christopher Nolan’s epic Sci-fi feature Interstellar, Shawn Wang’s student film Planet Unknown is an action-packed adventure across the unexplored terrain of an alien planet. Following two Space Rovers as they try to discover if this world is habitable for humans, one-man animation team Wang presents his audience with 9-minutes of crisp, meticulously-detailed animation that orbits around an adrenaline-fuelled storyline.

Although narrative originality is something we strongly champion here on Short of the Week, there are occasions where we’ll feature films even though they feel like they are a little lacking in this department – Planet Unknown is one such example.

Wang’s story doesn’t feel unique, in fact it’s hard to watch it and not think of Pixar’s Wall-E or recent SotW feature Wire Cutters (Wang also cites Toy Story, CHAPPiE, NASA documentaries about Mars Rover Curiosity, and short films The Third & The Seventh, Abiogenesis, Wanderers, & Dawn of the…Stuff as influences), but it excels so strongly in other departments, it felt a short impossible to ignore.

To put it simply…Planet Unknown is glorious, unapologetic eye-candy! Overflowing with carefully-created textures, particles and environments, Wang’s vivid visuals are a real joy to behold. In fact, Wang’s film is technically so impressive, it’s hard to believe he created all the animation for the film single-handedly – but that’s exactly what he did.

Utilising a long list of tools throughout its creation (as Wang lists: “Cinema 4D, plugin TurbulenceFD and Octane for C4D were heavily used for most of the tasks. Houdini was used to fracture things. Then Zbrush for sculpting, Mari for texturing, After Effects for compositing, and Premiere for editing. Python and JavaScript were used for scripting in C4D, Mari and AE, which helped speed up the process a lot”), Planet Unknown took 11-months to complete, with a further 3-months for Bristol-based Echoic Audio to complete the original score & sound design.

Currently recovering from all the man hours he put into Planet Unknown, Wang has recently graduated from the Communication University of China (we hope you got top marks for this impressive short Shawn?), but looks to create further independent films in the future.