A chance encounter proves fateful for 2 robots mining on a desolate planet.
READ REVIEW
Next Previous 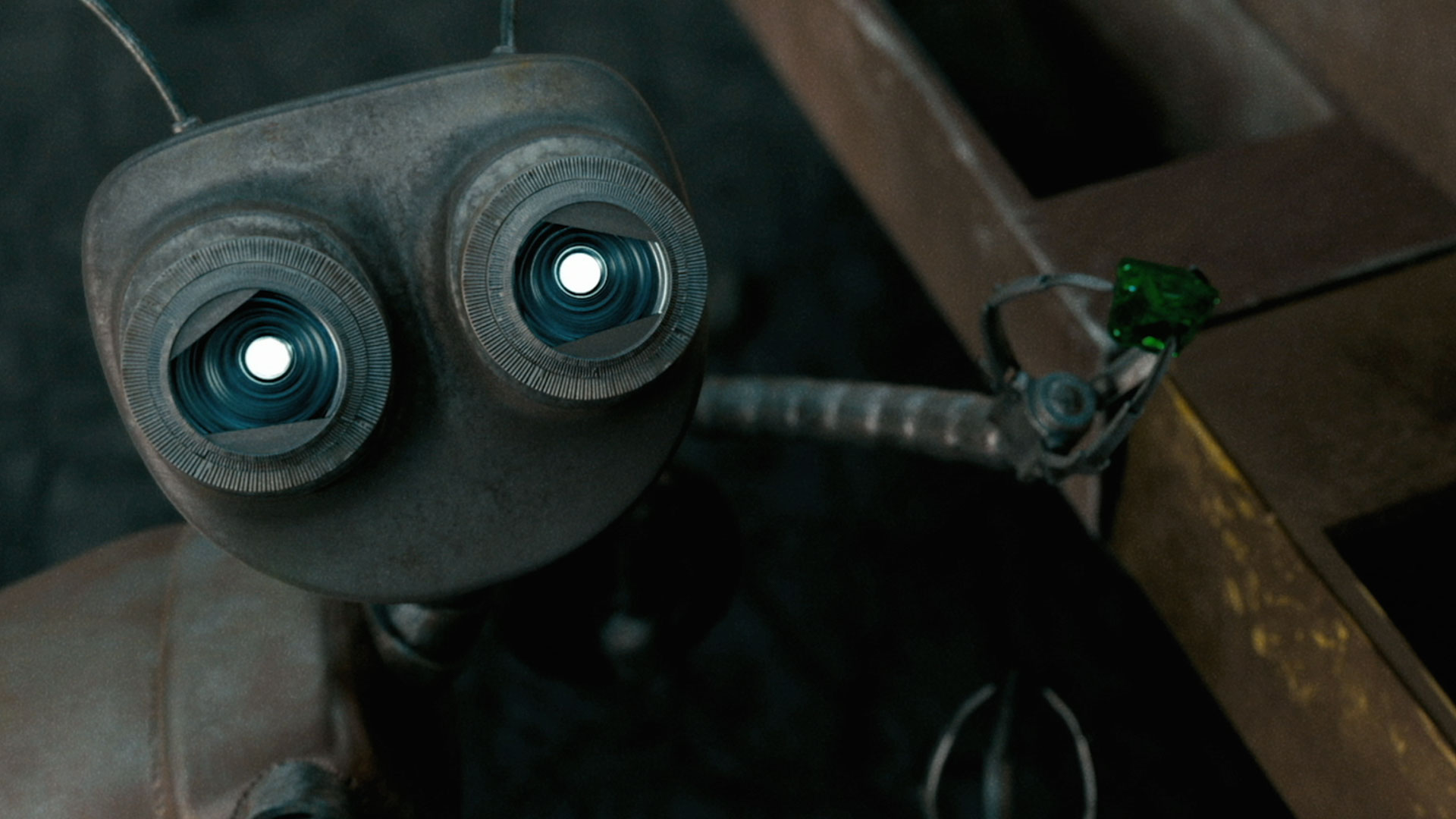 Robots and 3D animation go together like peas and carrots. Throw in some barren landscapes and rusty textures, and well, you have a veritable cinematic meal. Director and animator Jack Anderson’s Chapman student film, Wire Cutters, takes those trusty ingredients and manages to concoct something pretty tasty as a result. Telling the tale of a chance encounter between two mining robots on a desolate planet, the film is a dialogue free tale that hooks you with both its strong sense of technical craft and defined mood.

But, I know what you’re thinking…this isn’t WALL-E. Upon a cursory glance, the film might feel like a Pixar short in both its render style and character design (we were especially taken by the second, bulkier robot’s look). But, there’s a darker bent here that gives the film an edge that separates it from the stuff you normally see coming from the venerable studio. To be blunt, we see a lot of student animated films that attempt to mimic Pixar’s style (i.e. young animators are trying to get a job there). And…well…most of these shorts feel somewhat forgettable as a result. Wire Cutters manages to go for something a bit different. The “cute” robot eyes of the protagonist set you up for something warm and fuzzy. So, when the film instead becomes an allegory for greed and self-sabotage, it sort of throws you for a loop. The ending is rooted in irony and futility, not rays of sunshine and friendship. Lava this is not…

As Anderson relates, “My biggest inspiration for the story was to show how us humans are constantly ruining relationships over the smallest things. This is something everyone’s done so I wanted to encapsulate it in a very contained fable. It ends up being a pretty universal thing people can connect to.”

A student film, Wire Cutters was truly a labor of love. From beginning to end, the entire film took a year and a half to create with Anderson putting over 2000 hours into it. Most of this time was spent honing in on the film’s story and mood. But, actually implementing his vision took a huge amount of patience and grunt work.

Anderson elaborates: “When it came time to go into production, I simply divided the number of seconds my storyboards ran (about 500) by the number of days I had until graduation. That came out to about 3 seconds a day. So I would get up every single morning and work until I got the next 3 seconds. Sometimes it would only be a few hours and I would have time to render and composite. Other times I would be working until midnight.” The render times were equally massive—about a year of continuous rendering from Maya.

Fortunately, all that hard work and time paid off. Wire Cutters went on to become a Student Academy Award Finalist (as well as screen at a slew of other festivals). Beyond that, it’s a solid showpiece for a first time animator. Fortunately, for us, Anderson is hooked on the medium. For his next project, he’s hoping to up his visual game. Priorities include: animating humans, working with a more illustrative rendering style, and experimenting with improv in animation.  Keep an eye on Jack Anderson’s Vimeo page to see more things as they develop.