In this fictional tribute to Antonio Pasin, the inventor of the Radio Flyer Wagon, what begins as a small boy’s boring day with Grandpa turns into a larger-than-life journey to save the universe.
READ REVIEW
Next Previous 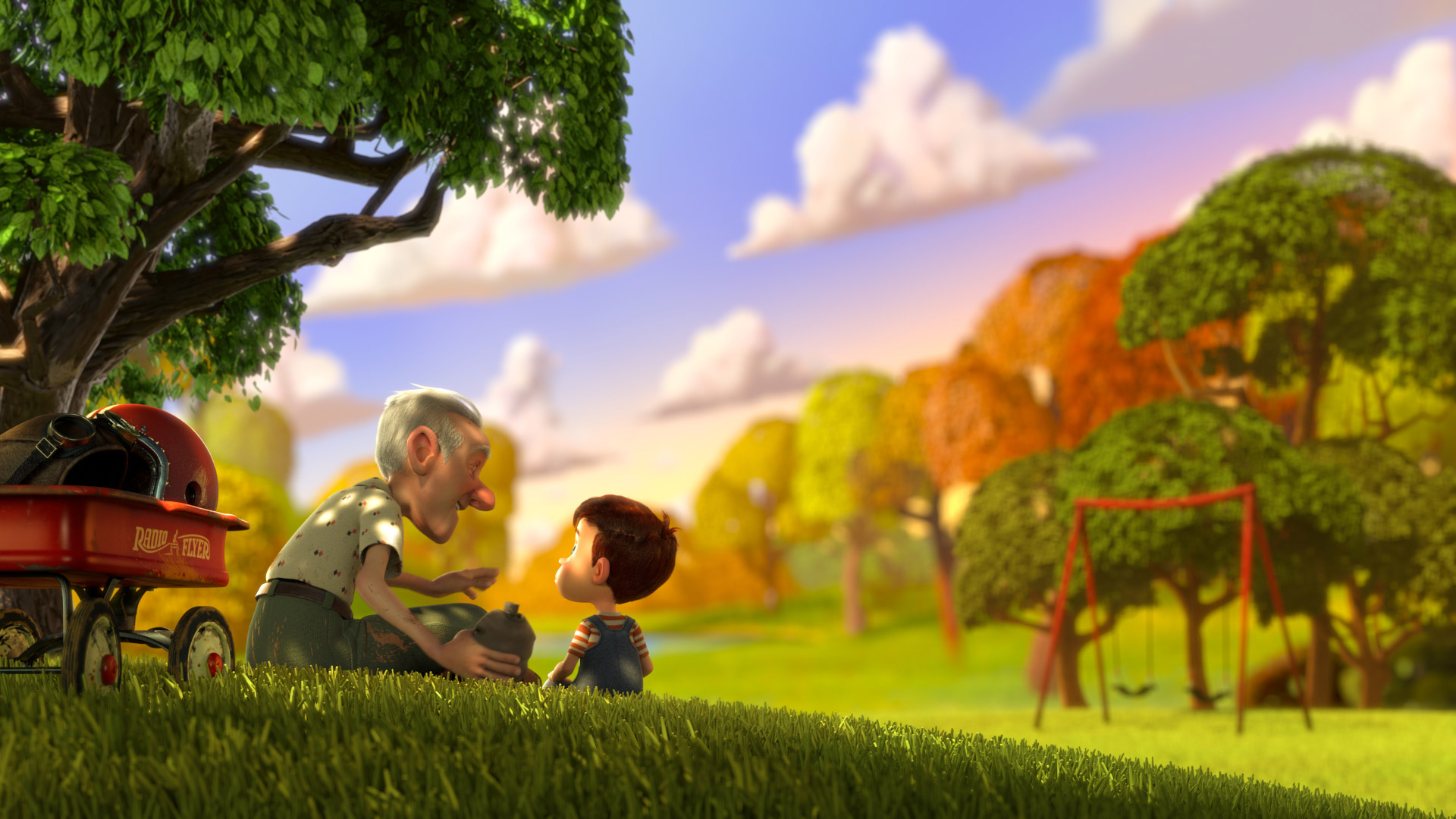 Hot off the heels of their other recent branded short, The Boy Who Learned to Fly, the venerable Moonbot Animation Studios stuns again with the release of Taking Flight, a whimsical short that captures the power of childhood imagination and the strength of familial bonds. What’s that? You’re already reaching for a tissue? Yeah, bro…*sniffles*…me too…

Moonbot seems to be reinventing the polish and care that goes into branded animated films—from their work with companies as varied as Chipotle to Gatorade, their creations feel less like advertisements and more like mini Pixar-esque explorations of wonder. Flight may be a commissioned piece for Radio Flyer, but it doesn’t feel saddled by the limitations of its corporate sponsorship. Is this story particularly deep? Nah. But, it goes down so smooth, that the saccharinity never feels diabetes inducing. It’s short, sweet, and perfectly shareable (and may even make you want to pick-up a little red wagon of your own).

While the film does veer on cliché territory (loveable grandad, distracted father), the visual presentation can’t be denied. Frankly, the things that the wizards over at Moonbot are doing with color is unmatched: vibrant isn’t a strong enough adjective to describe things. And, the use of varying aesthetics—from 3D to 2D—to represent the change from reality to “imagination land” is deployed with aplomb. These transitions are especially impressive, each one more stunning and kinetic than the last.

“Taking Flight speaks to our need to embrace simple moments where play collides with imagination.”

As the film’s director, Brandon Oldenburg, writes in his director’s statement: “As a parent, I struggle constantly with balancing what the modern world says I need to do with my children versus my inclination to let them play and discover the world…For me, Taking Flight speaks to our need to embrace simple moments where play collides with imagination.”

Taking Flight screened at several festivals, including Austin, the Cleveland International Film Festival, and it even took home the Best Animation Short Audience prize at Palm Springs. The film was animated and modeled using Maya, with the 2D animation and matte painting created in Photoshop. Compositing was done with Nuke. If you’re interested in more behind the scenes info (including concept art), be sure to check out this great making of e book that is available via Cartoon Brew.

Currently, the team is hard at work on another animated short film in partnership with Dolby. We’re excited to see what the denizens of wonder over at Moonbot craft next!