Before he was the fastest man alive, Usain Bolt was the boy who learned to fly.
READ REVIEW
Next Previous 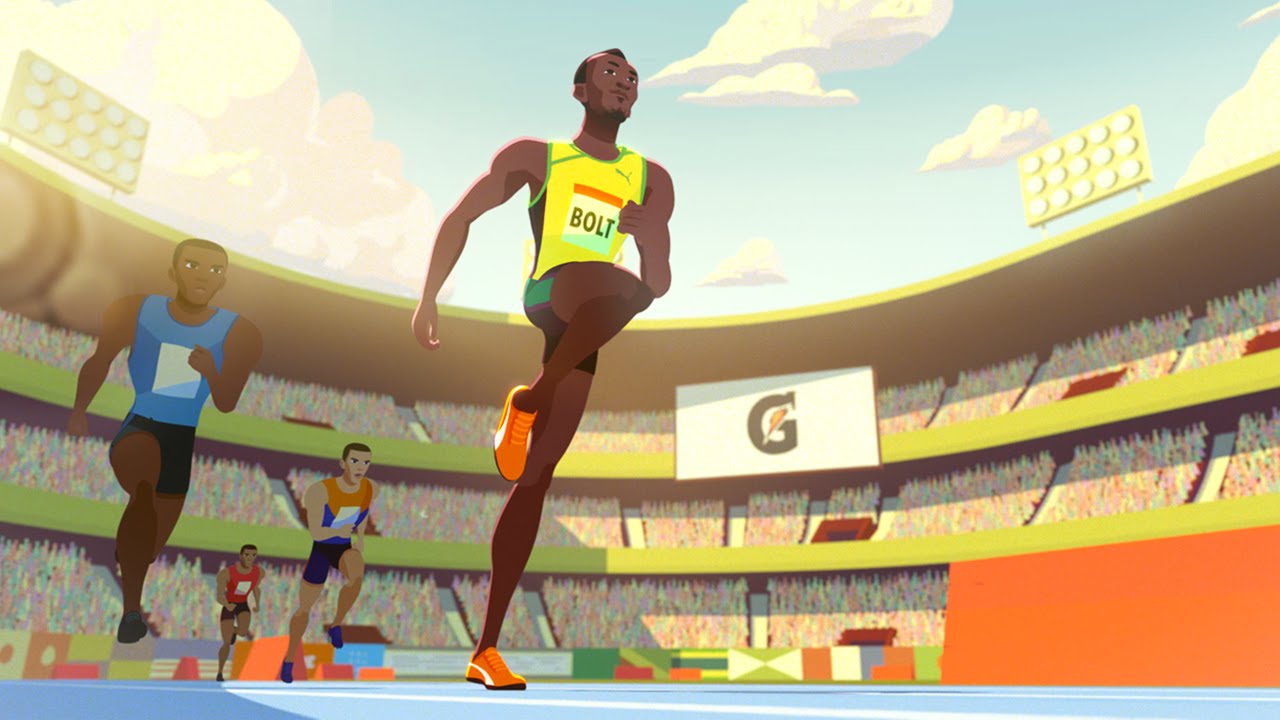 Even though I’m not exactly a conventional sports fan (a nerdy film geek? shocking, I know!), I always look forward to the Olympics. The pageantry—a literal parade of nations full of competing athletes—is magical. It’s also something that is inherently cinematic—grandiose and worthy of an iconic John Williams score.

Advertisers have caught on to this. Every two years, they flood our television screens (and now internet streams) with inspirational advertisements designed to sell us varied wares, from running shoes to strawberry jelly. But, Gatorade, in addition to its usual slate of promotions, has done something a bit different this year to honor Rio 2016. Working with the venerable Moonbot Studios (winners of the Oscar for best short film back in 2012 with The Fantastic Flying Books of Mr. Morris Lessmore), they crafted a stunning short about the life and inspirational career of Jamaica’s Usain Bolt, the world’s fastest man alive.

Colorful and charming, The Boy Who Learned to Fly is an unequivocal delight. It takes standard bio-pic material and crams it into a breezy seven minutes. The brevity actually helps things here. Whereas as a feature film would feel bloated and cliché (think humble beginnings to worldwide stardom), the short format doesn’t feel overstuffed. It’s fun and—dare I say it—fast-paced. We as viewers already know the broad strokes of this story, and in turn, the filmmakers can just fast-forward to the colorful highlights.

Speaking of color, as you’d expect from the Moonbot team, the animation is gorgeous. In a style reminiscent of Disney’s Oscar winner, Feast, it combines flat colors with 3D environments. The cell shaded approach is an excellent match for the sun-drenched Jamaican landscapes. The film is awash in saturated hues of green, yellow, and blue. Be sure to check out this great behind the scenes piece to learn more about the creation of both the film’s story and aesthetic.

Short film branded content only continues to get more and more impressive. Sports brands especially seem to be leading the pack. Just a few months ago, we featured Nike’s Cristiano Ronaldo-lead, The Switch. What’s great about these films is that by embracing the short format, they take a topic that would feel stale and make them, suddenly, feel fresh. Considering that The Boy Who Learned to Fly has already racked up over 6 million views, it would seem that internet viewers (and potential Gatorade buyers) would tend to agree.