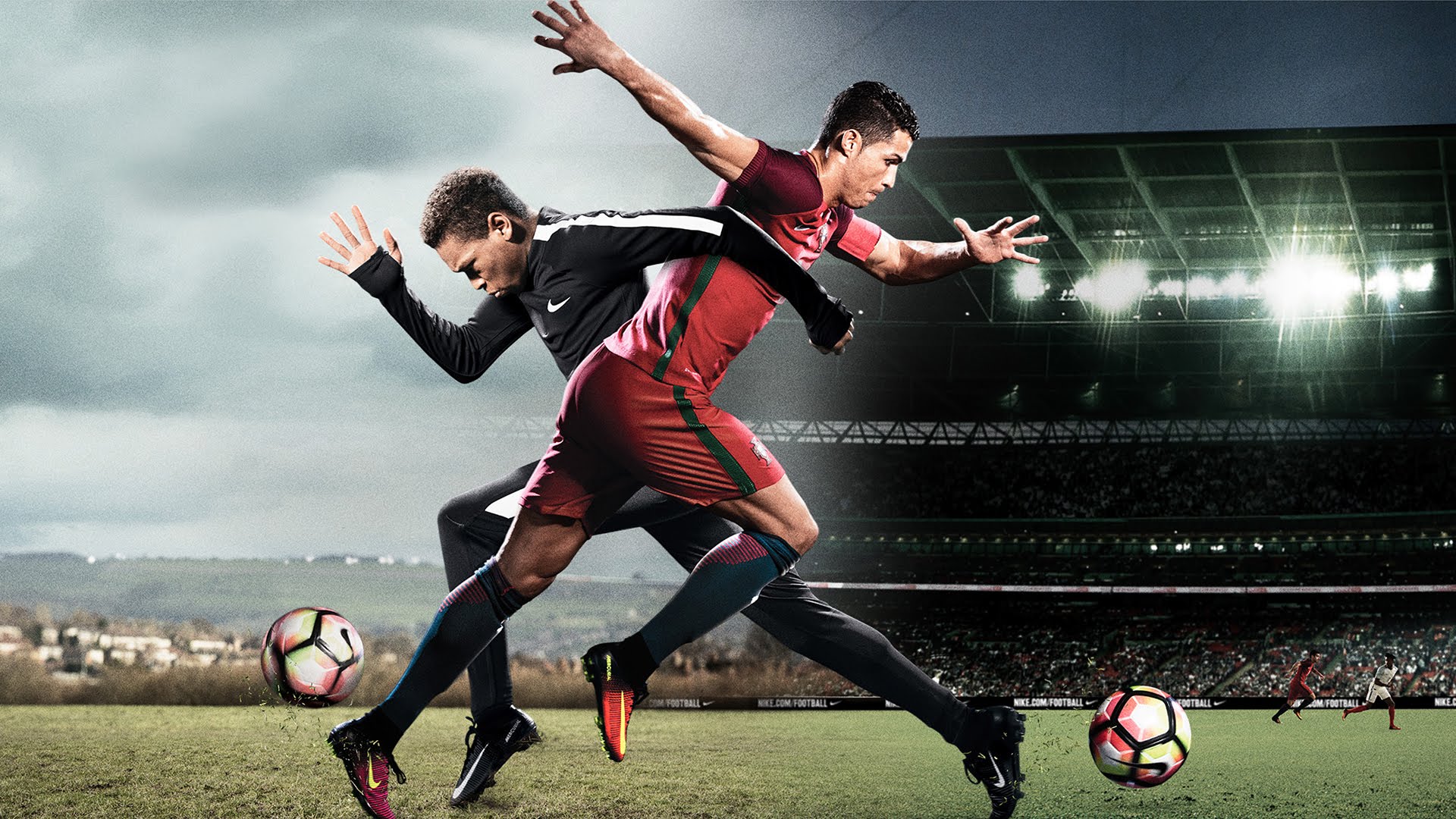 Nike is well known for it’s star-laden football “event” films, and in advance of EURO 2016, agency Weiden Kennedy tapped Ringling Stick and UK advertising legend, Ringan Ledwidge, to make the longest, most narratively-involved film ever for the brand.

Clocking in at 6min, making it nearly impossible to cutdown for TV, the promo is much more akin to a digital short film. Cribbing the well known sci-fi concept of “body-switching”, international superstar Cristiano Ronaldo (conveniently for Nike, the most popular athlete in the world on social media) collides with a young UK fan in the stands and is startled to find himself waking up in a rundown flat. Equally surprised however is the 16 year old Charlie, who wakes to the impressive trappings of Ronaldo’s lifestyle: a mansion, beautiful assistants, and exotic sportscars.

Stuck in each other’s bodies, there is only one path forward—they must engineer a reunion, this time on the pitch itself. Charlie, blessed with the body and opportunity of Ronaldo, must learn to master the mental side of the game, and Ronaldo shows that it’s not his physical prowess but his indomitable will to succeed that made him a star, as he slowly builds Charlie’s international footballing career.

The plotline is simplistic and predictable, but in Ledwidge’s hands the film has the propulsive force of a cannon. Every moment is an opportunity to push the pace and condense a concept, which has been explored in full length films on multiple occasions, down to its most basic beats. He also has accomplished collaborators on hand including Darren Aronofsky’s longtime DP, Matthew Libatique, and the VFX aid of industry stand-by The Mill. This behind the scenes video from Spanish production partner TWENTYFOURSEVEN serves to show what a logistical challenge these blockbuster ads can be.

Brand films are often enjoyable for production nerds in that they are the best opportunity to see truly cutting edge techniques and extensive resources pushed to the limit in the short form, but for general audiences, The Switch is just plain fun. For football fans that goes double, with 16 high profile cameos from international stars like Harry Kane and Javier Mascherano to help round things out. Kick back and let 6min of hi-gloss entertainment whiz by.