Stryka is an awesome reptile woman from another planet who does heists and odd jobs with her (literal) partner in crime, Callen. But she has a secret–she’s been stealing with somebody else.
READ REVIEW
Next Previous 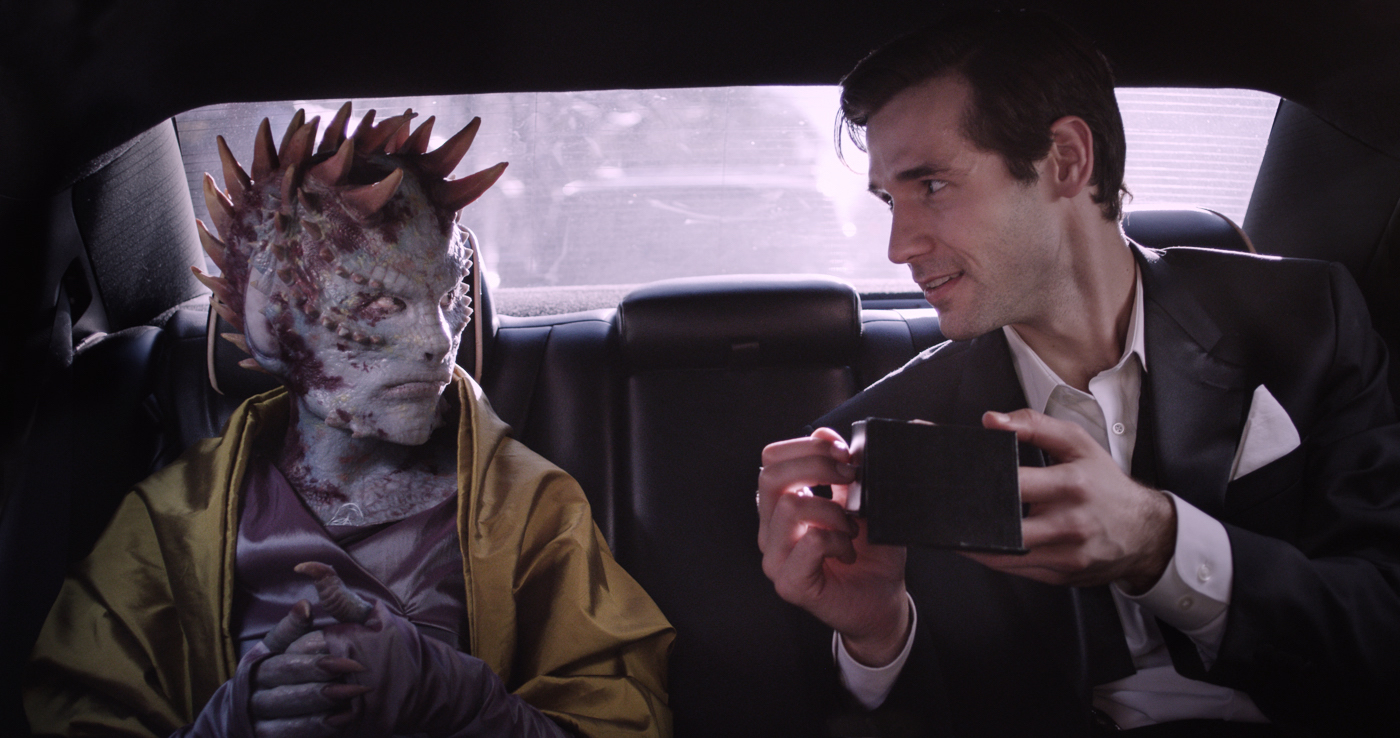 Frequently featured on Short of the Week, Emily Carmichael is back with Stryka, a new sci-fi short that continues her relentless and subversive reinvention of genre norms. With a lighthearted tone reminiscent of Guardians of the Galaxy in both its playfulness and badassery, Stryka is nonetheless an edgy but heartwarming effort, examining all-too-human emotions like betrayal and loyalty through the lens of an alien’s moral compass.

Carmichael’s great gift is reexamining the motivations behind genre plots, forcing us to grapple with emotions more subtle than “Wow, that was cool!”. Science fiction films in particular are saturated with heavy visual effects and literally out-of-this-world scenes, and in Stryka she inverts this trope of maximum exteriority, unpacking it, and drawing our attention toward a character’s internal journey instead.

Carmichael explains her inspiration: “I love genre, and the many beloved tropes that come with different genres [PAN UP AS: the MYSTERIOUS RACER removes her helmet, revealing herself to be a beautiful long-haired woman], but genre can also be very constraining. It tends to lay a course for us based on our gender, our skin color, whether or not we wear glasses or even have any beautiful long hair to shake. A stoic alien warrior character like Stryka is expected to be left of spotlight, unwavering in her loyalty, but this film invites us to hear her desires and anxieties, and for once imagine what her journey might be.”

Fans of Carmichael’s work will recognize these preoccupations from her previous films where she similarly deconstructed characters present in fairy tales (The Hunter and the Swan) and from fantasy video games (RPG OKC). Stryka is her biggest effort yet however, sporting impressive production values, including truly impressive makeup effects for her alien heroine. Rupert Friend signed on to the film as well, providing a bit of star power, and helping the film enjoy an lengthy festival run.

In addition to simply telling the types of stories that are personally interesting her, Carmichael connects her approach to currents in the broader culture. Speaking of Stryka, she elaborates: ““I think a playful questioning of accepted story archetypes can have broad-reaching effect on how we encounter stories, ourselves and each other, and that this kind of surreptitiously social filmmaking has a place alongside more overtly issue-driven projects around serious subjects. There’s an ideological war afoot between those who believe the voices of all people everywhere should be heard, and those who think that’s somehow ‘asking too much,’ or ‘going too far.’ And this is how we will win–by committing ourselves to exposing the untold story, wherever we find it, in our reality or an alternate one.”

By following her idiosyncratic voice and braving new storytelling terrain, Carmichael gives us another dimension to genre that we hadn’t thought to explore—as a fan of the science fiction myself, I can’t help but be excited by this. As it turns out, Short of the Week is not the only one who has taken notice. Her latest film, Powerhouse, based on a short story by Colin Trevorrow, is currently being developed with the participation of Trevorrow and yes, THAT Steven Spielberg! Wrap your head around that for a moment. A deservedly rising indie star, Emily Carmichael seems to only be getting started.