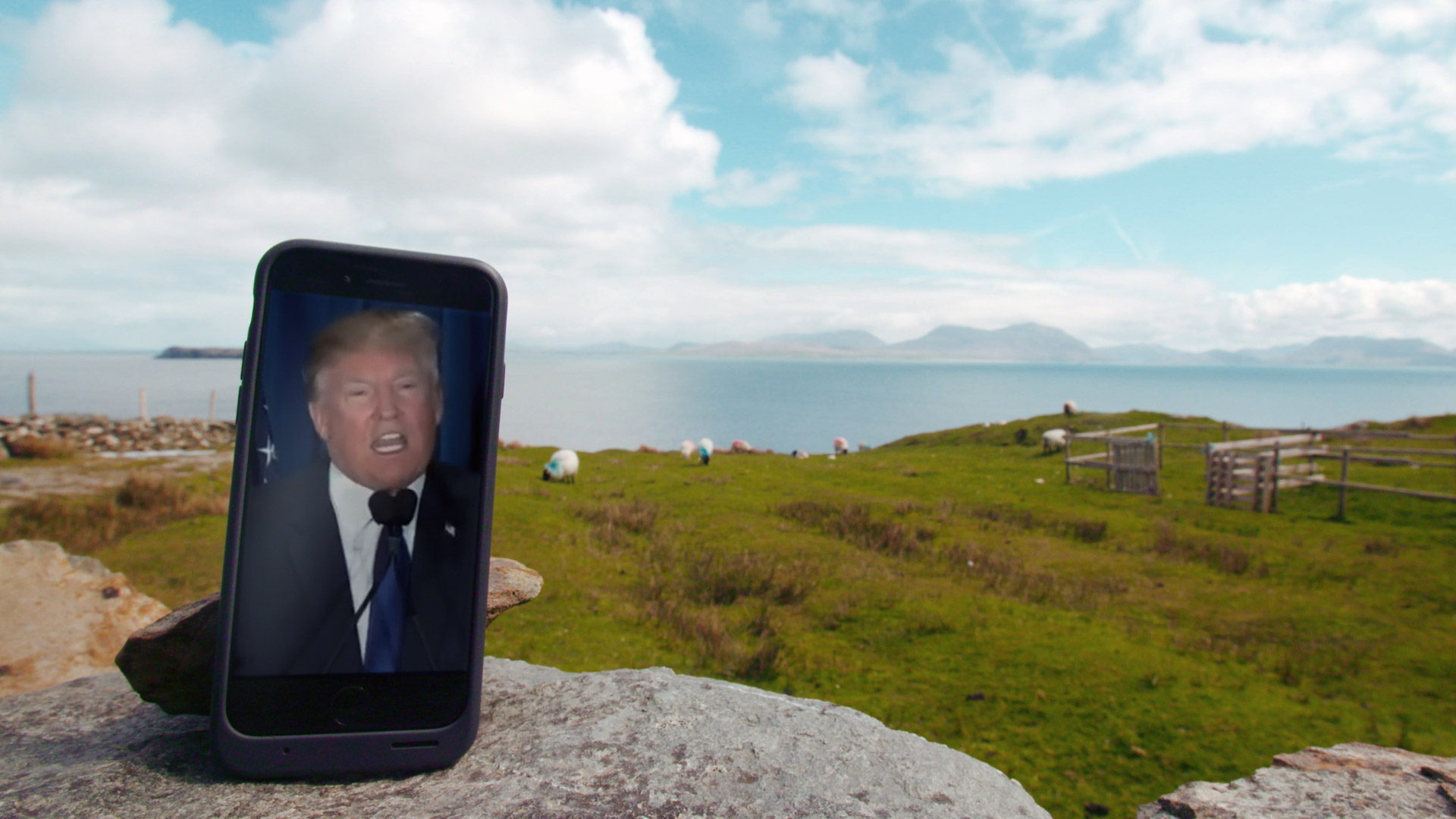 We are truly in a golden age of short form, topical documentary content on the internet. And, with fine purveyors of interesting cultural stories like MEL Magazine, things will only continue to get shinier. We last featured the MEL Team’s work with High Chapparal, a charming documentary about Syrian refugees in a Swedish Wild West Theme Park. In Make Inishturk Great Again, director David Freid tackles yet another newsworthy story.

The world’s political climate is pretty scary at the moment. As the “Brexit” decision continues to dominate headlines, Americans look grimly towards November—when an orange-skinned real estate mogul makes a bid for the White House on a platform infested with not-so-subtle traces of misogyny and xenophobia. Heck, it’s enough to make someone want to ditch the States altogether and move far, far away. But, where to go? Why, the tiny island of Inishturk (population: 58) in Ireland, of course!

Freid and co. became interested by an internet story that went viral. When Trump continued to surge in the polls, a rumor appeared on several news sites and blogs that any Trump refugee looking to escape his presidency would be welcomed in the island of Inishturk. It’s the kind of thing that is well-suited for the internet: a headline that will make you smirk, but also not something that requires a lot of deep engagement. But, Freid went to Inishturk to figure out the “real story” behind the rumor and meet the people of the island haven. The result is this charming doc that is breezy, fun, and beautifully shot. Pacing is quite strong, with a low-key sense of humor that drives the narrative along in a really compelling way.

As Freid relates in his director’s statement, “There’s a good chunk of the population with their guards up right now, and a sort of angry populism is spreading globally. A lot of us city types don’t see it in our friends or newsfeeds, so just out of view manifested a presidential campaign for Donald Trump that took a lot of people by surprise.”

Like the story that inspired the film, Trump himself is a perfect encapsulation of internet culture—he’s loud, annoying, infinitely watchable, and says a lot of things without actually saying anything (never has a person’s voice been a better fit for Twitter). Inishturk’s population makes for a perfect cinematic foil. They’re a modest and quiet lot of famers, some of whom don’t even know who Trump is (an actor?)). It’s all so sweet in its innocence; it makes you want to grab the whole tiny landmass up in a big, figurative hug.

The film clearly has an agenda—Trump is made to look a cartoon. But, to be fair, no matter your political affiliations, it’s hard not to make Trump look like a cartoon. He’s a living caricature, with his ridiculous hair and pumpkin-tinted skin. Will Inishturk really be accepting swarms of US refugees come November 9th of this year? Probably not. But, as Freid’s documentary suggests, there are worse places to escape to.

Be sure to check out more of MEl’s great cultural journalism and documentary work on their Vimeo page.