When an asteroid threatens to hit New York, twenty-something Sadie embarks on a quest from Brooklyn to Manhattan to reunite with the man she loves – her therapist.
READ REVIEW
Next Previous 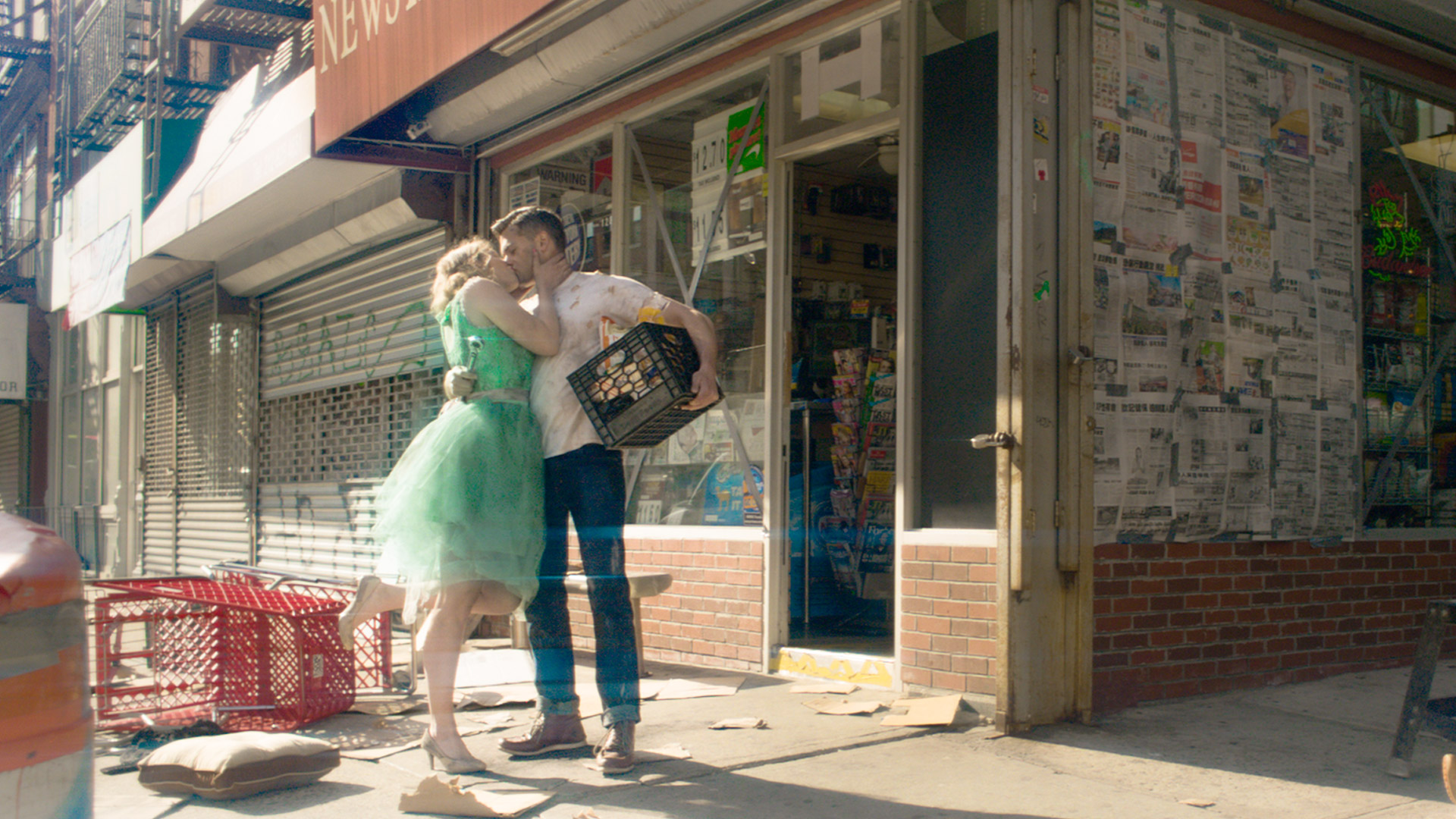 Comedy about The End in Live-Action
Directed By Heather Jack
Produced By High Jump Films & Tisch Graduate Film Program, NYU
Made In USA

If there is a niche genre that is seriously overplayed in the short format, it’s definitely the “post apocalyptic”, end-of-the-world scenario.  It seems like every young filmmaker with a DSLR saw the 2009 John Hillcoat adaptation of The Road, and well, there’s been no turning back since. It’s all gloomy landscapes and grimy people scavenging for food (throw in a few zombies for the trifecta). Some of these derivations have been good, but for the most part, they just feel generic. Hence, why director Heather Jack’s film, Let’s Not Panic feels so damn refreshing. For once, it’s a post apocalyptic short that doesn’t take itself too seriously—a charming, high-concept rom-com about a girl facing the end of the world. And, even more serious issues—such as an unrequited attraction to her handsome therapist.

Although she relies on a lot of standard cinematic conventions (the impending apocalypse, a patient/therapist relationship), Jack remixes and re-contextualizes these elements so they somehow feel fresh. Who would have thought that the end of the world could be so funny? Some of the broader comedic strokes aren’t particularly original (I wish the neurotic lead character felt more distinct), but there are some really solid, clever bits throughout. In post apocalyptic Brooklyn, of course the evil biker gang would be riding fixed speeds. Pure genius!

“I am really into the contrast of macro concerns with micro ones, and liked the idea that your unrequited crush could feel like it has the same magnitude as the asteroid headed for your city.”

Beyond the great joke-writing, there’s also deeper stuff here. As Jack relates, “I am really into the contrast of macro concerns with micro ones, and liked the idea that your unrequited crush could feel like it has the same magnitude as the asteroid headed for your city.”

Even during the end of the world, we’re still all just narcissists!

Jack (who makes a Hitchcock-esque cameo in the film as one of the bikini models) conceived the film when she was living in New York during Hurricane Sandy—she saw the sudden transformation from hipster neighborhood to barren wasteland to be an oddly comedic moment. Following a successful Kickstarter campaign, it was shot over the course of 5 days on the streets of New York. The film had a solid festival run, playing Tribeca in 2015 and Santa Barbara in 2016.

Now LA based, Jack is focusing on litany of new projects. She is currently writing a TV pilot and developing a feature. She is represented by the Brillstein Entertainment Group.