A man lives in a forest, surviving through murder and deceit. When he finds himself drawn to two strangers, his strict code of self-preservation is put to the test.
READ REVIEW
Next Previous 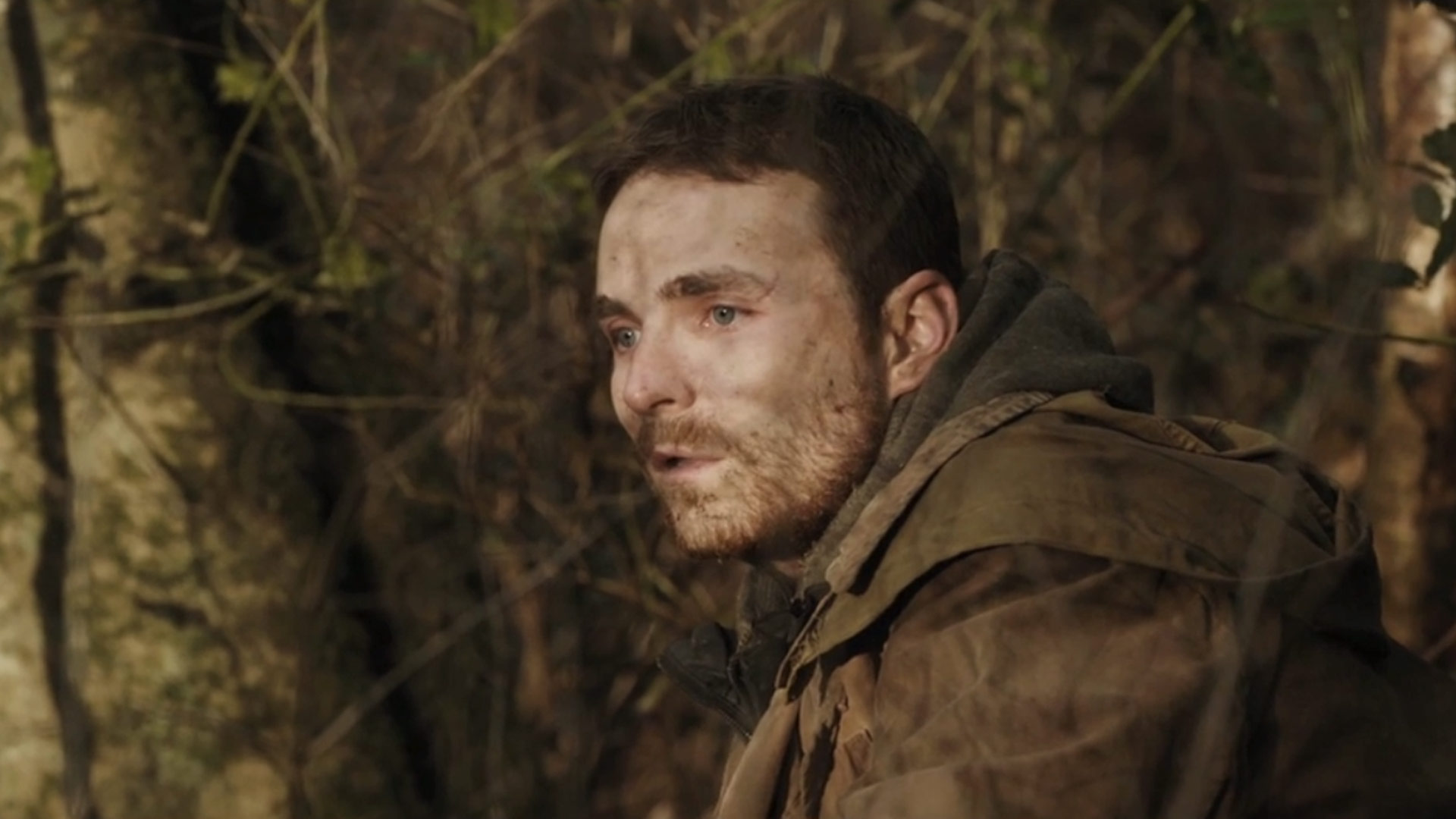 If I’m being completely honest, anytime I watch a short film designed solely as a “pitch” or “proof of concept” for a feature film, I have a propensity to roll my eyes.  As a lover of shorts, the idea of a “pitch short” feels slightly belittling to me—almost as if Hollywood’s penchant for franchise filmmaking (i.e. the first film just exists to set up the next) is creeping its way into the short form. I don’t want to watch something that only serves as an appetizer to the meal. I want my main course now, and I don’t need an amuse-bouche to get me there. But, enough with the ranting and poor use of food-based metaphors…

To be up front, Magpie from director and writer Stephen Fingleton exists to support a larger vision. Like Ryan Koo’s Amateur, it’s a prequel to a feature film. But, Magpie isn’t your prototypical short-to-feature pitch and Stephen Fingleton isn’t your typical filmmaker. We often say in our write-ups that a director exhibits promise—the short we select being a harbinger for more great stuff to come. But, Fingleton is making that great stuff now and he’s exploring much of it exclusively in the short form. We already featured his terrific #longshort, SLR, and his canon of work continues to escalate in quality with each piece I see from him. Big things are on the horizon, indeed.

Magpie is the prequel to The Survivalist, Fingleton’s Britlist and Blacklist topping feature script about about a dystopian future where the Earth’s lack of resources have killed off a large portion of the population. It’s a conventional sci-fi story set-up to be sure, but Fingleton relates the exposition in a novel way. In Magpie‘s opening sequence, he uses a single motion graphic camera move on a simple line chart to convey to us audience members all we need to know. It’s far more compelling than the typical white-text over black screen approach that start far too many post-apocalyptic films. From there, it’s an exercise entirely in atmosphere. With hardly any dialogue and even less music, we see a Darwinian hierarchy emerge. You know the drill…survival of the fittest, every man for himself, etc. In turn, Magpie is interesting as it essentially shifts protagonists throughout…you don’t root for one person, but rather sort of watch as “nature” takes its course. It’s a somewhat scientific cinematic approach, but also undeniably tense and engaging. The film is simultaneously brutal and beautiful, the gorgeous cinematography and aesthetic punctured with staccato notes of violence and suspense: blood covered machete meet tranquil forest soundscapes and lighting.

The Survivalist is currently deep in production, financed by the Fyzz Facility. The intended goal is  a cinematic release in 2015. As much as I hate to lighten my staunch prequel-dissing ways, Magpie is one short film where you’re certainly going to want to say tuned to what happens next.