A man obsessed with voyeur pornography is forced to track down an anonymous photographer when he makes a shocking discovery online.
READ REVIEW
Next Previous 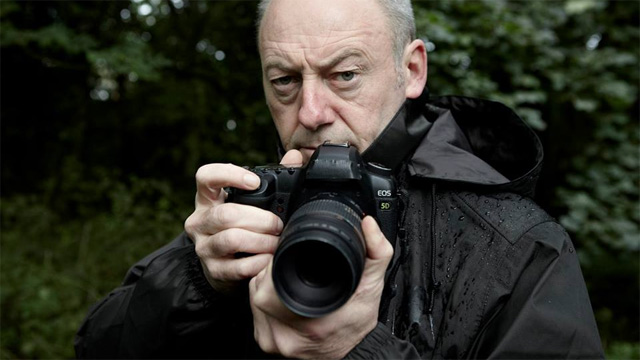 Chosen as one of 16 shorts to receive funding as part of a British Film Institute scheme to support UK’s most promising filmmakers, Stephen Fingleton’s SLR is a tense drama showcasing some slick production values and captivating performances. Inspired by classic thrillers Blow-up and The Conversation, this taut tale of morality provides a fresh angle on traditional concepts of privacy and voyeurism. Inspired by an article about a journalist who discovered she had been secretly photographed, Fingleton’s story orbits around single dad Elliot (Liam Cunningham) and how his latest visit from daughter Alex (Amy Wren) forces him to reevaluate some of his lifestyle choices.

At almost 23-minutes long you’d be forgiven for having some preconceptions about the film’s duration, but with over 180k views on Vimeo since it was released, SLR doesn’t look like a short that’s failing to engage its audience. Falling into that ‘longshort’ category we tend to feature on SotW on Saturday, the worry with shorts of this duration is that they are this length because the director has been too precious in the edit. This certainly isn’t the case with Fingleton’s film, there’s no trimming of the fat needed here, the pace and tension throughout SLR is perfectly pitched so that attentions never dwindle and engagement never dips. Instead, throughout SLR’s twisting narrative we find ourselves embroiled in a series of moral dilemmas as the film’s protagonist is forced to choose between protecting his family or confronting his addictions.

Whilst the impressive productions values and tight script are undoubtedly important elements in the engrossing nature of SLR, for me it’s in the performances where this short really grips its audience. Ever-present on screen throughout the entire duration of Fingleton’s film, Game of Thrones fans are sure to recognise the impressive Liam Cunningham taking the role of the flawed father Elliot in this powerful narrative. Cunningham revels in the role, jumping between obsessed viewer and concerned parent, his furrowed brow and intense gaze making him the perfect choice to play this troubled individual. Simultaneously taking on the role of hero and villain in the piece, it’s to Cunningham’s credit that his portrayal of Elliot never descends too far into stereotypes. Leaving you perplexed as to whether his character is hard to like or difficult to hate.

As Short of the Week’s main UK representative, it’s always a pleasure to support films from this part of the world and its easy to see why the BFI selected Fingleton as a filmmaker worthy of support and funding. Currently working on pre-production for his next short Magpie, a pre-cursor to his feature script The Survivalist, if SLR is an indication of what we can expect from the talented director, just remember where you heard the name Stephen Fingleton first.

In an interesting twist on expanding the narrative of SLR, Fingleton’s film was released alongside companion film Selfie, a self-contained short that provides a different angle on voyeur pornography. Created by London based filmmaker Ben Williams, Selfie tells the story of Tricia, a character we get a brief glimpse of in SLR, and how she is unwillingly exposed to the darker side of the internet.