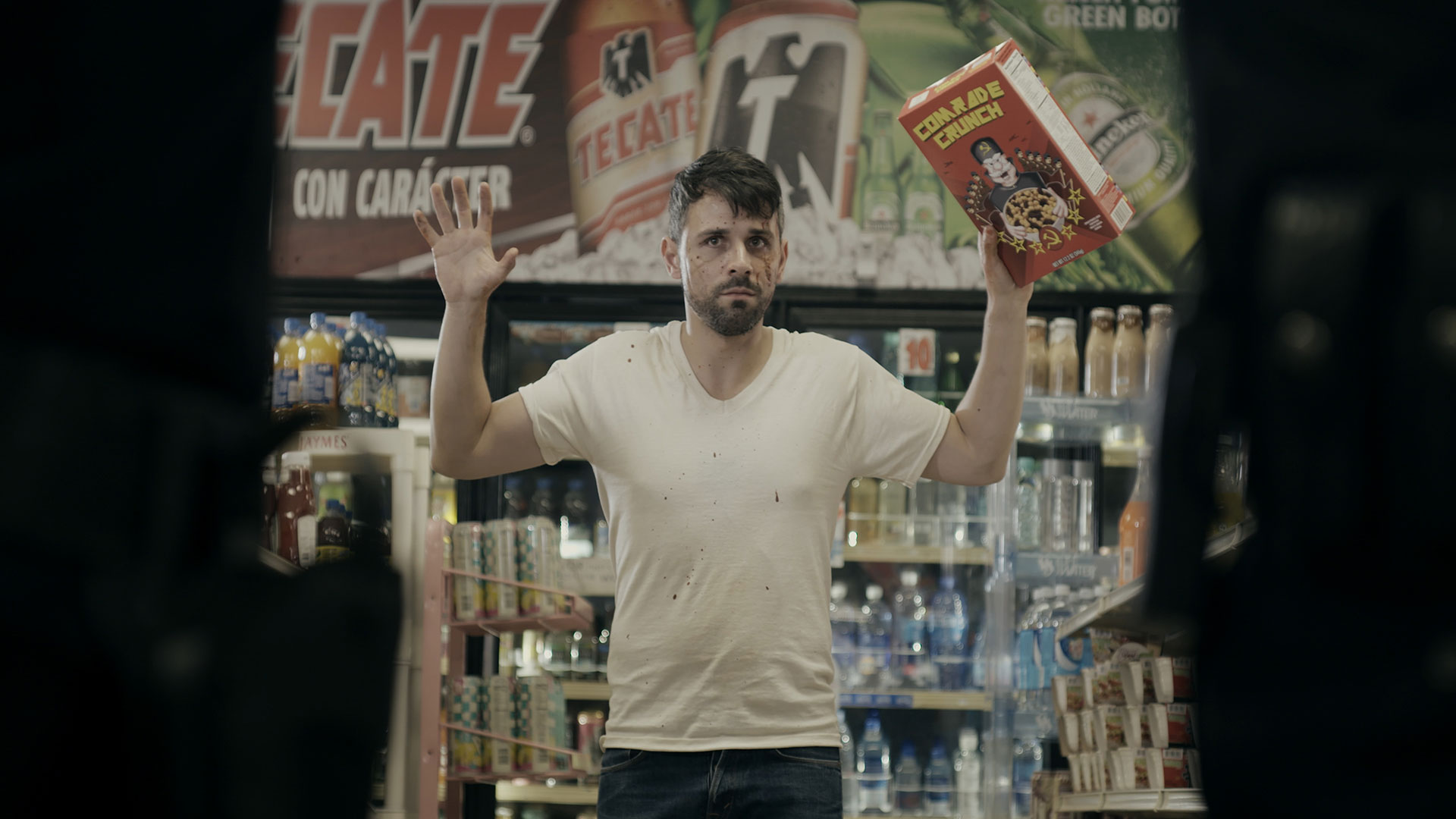 Taking an inherently ridiculous premise and giving it heart and soul? That takes skill. Enter from stage left Gearmark TV’s Comrade Crunch—an action/dramedy about a vengeful Russian assassin who wants to relive happier times by eating his favorite breakfast cereal. A silly pitch? Perhaps. But, it’s really well-executed: funny, engaging, and believe it or not, actually pretty touching.

Roy Arwas, the film’s director explains further: “The film, written like an absurd comedy, was crucially needed to be believable. So the biggest challenge was to make a cereal as important as the life of a child, or in our case, the memories of Victor’s childhood (happiness). So the goal was to consciously forget the film is about cereal as a whole, and to shoot it as if the cereal was something as important as life itself.”

“The goal was to shoot it as if the cereal was something as important as life itself.”

He definitely succeeded. Arwas mentions that the film’s writer, Alexander Crews, was inspired by the Grant Theft Auto video game series in terms of tone and style (hence, the darkly comedic vibe). It’s a world where everything is shrouded in corruption and violence, but there’s a hint of broad comedy that overlays it all. I said it before in a review of Paul Trillo’s latest film, but I find it fascinating how video games are so clearly informing cinema, both in terms of aesthetic and tone.

Admittedly, the Gearmark.TV YouTube channel hasn’t really been on our radar, but at the risk of sounding cliché, now, that’s all about to change. Led by a team of strong creative voices working on shoestring budgets, they are a group of six filmmakers producing great online content. Some of it is more sketch and viral in nature. But, in the case of Comrade Crunch it’s clear they are capable of reaching deeper as well. The film might be over-the-top in concept, but damn…as the climax happens in a siege of gunfire, you really do want this guy to get his damn cereal! And, in that way, Comrade Crunch supersedes a lot of shortcomings (it’s perhaps a bit too long, some of the action could be a bit more refined) by making you really care about this protagonist. Even though the situation is heightened and the lead character stereotypical (yet, another tortured hitman), it’s all surprisingly touching. Gearmark is proving to be a really compelling voice in the YouTube realm. The sheer fact that they are producing a short film every month this year is impressive. That they actually happen to be good? Doubly so.

So, be sure to subscribe to their channel (seriously, this may be one of the most criminally underrated teams on YouTube). We’re excited to see what they produce next.