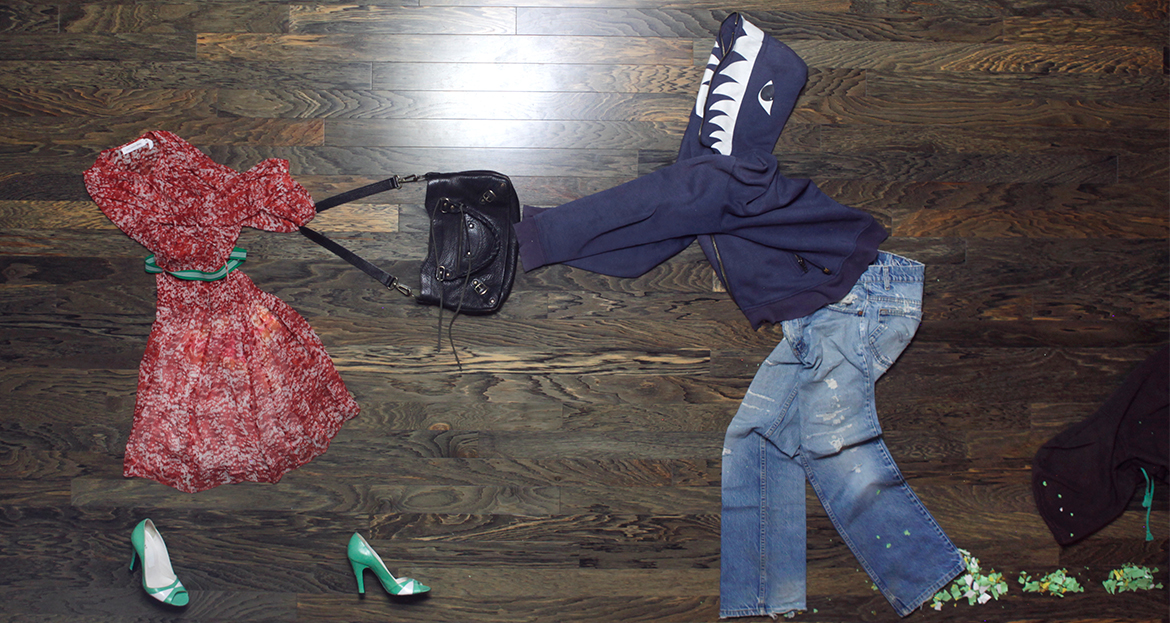 At less than 4min long, there really is no excuse not to watch today’s pick. But, if I must appeal to authority, this short, comedic, adventure animation was a hit at Sundance last month, and very recently won top prize at the massive Australian shorts festival Tropfest. I’m convinced you’re going to want to share it on Facebook immediately after you finish.

Shiny, at first blush, feels dated due to the use of an idiosyncratic technique that has fallen out of favor. Shooting top-down in stop-motion had a moment in the sun in 2009 with the viral success of this Oren Lavie music video—we even were in on the act, featuring a very fun short from Blink’s Thomas Mankovsky in the same style—but the trend quickly passed.

The film quickly moves past your blasé feelings about its technique however through sheer execution. Like, gonzo, “holy crap how much time did this take!?” kind of execution. The precise detail and choreography of the characters, depicted only with clothes strewn about the floor, overwhelms your reservations, and you find your smile turning into a gasp due to disbelief at the ever-ratcheting complexity. The plot is a bit corny, and the sexual politics a bit retrograde, but the team has successfully created something that almost requires one to stand up and applaud.

Two very talented people take credit for direction of this piece, and both are extremely accomplished in the short form and beyond. Spencer Susser has one of the most beloved internet short films of all time to his credits, the zombie romance I Love Sarah Jane, and made a splash in 2010 with his feature debut, the Joseph Gordon Levitt starrer Hesher. He’s an integral part of the the Blue Tongue Collective, the famous Australian group that has produced a bevy of iconic shorts (we’ve featured at least 7!) and interesting features (like last year’s well-recieved Joel Edgerton & Jason Bateman thriller The Gift).

Susser’s partner in this project is Daniel Cloud Campos, a fascinating director in his own right, and a skilled dancer + choreographer. Campos’ wiki has solid background on his exploits as a performer, but he first came to my attention for a music video I Staff Picked at Vimeo, Cold Front for Laura Welsh. Not stinting on either the dance or the visual presentation, it is one of my favorite music videos of the last few years—I highly recommend you check it out.

But first, if you have not already (what are you waiting for?) check out Shiny! It’s easy-breezy fun with impressive production. Let us know what you think in the comments below!