A robot is assigned an ordinary office job. An early short from director Neill Blomkamp.
READ REVIEW
Next Previous 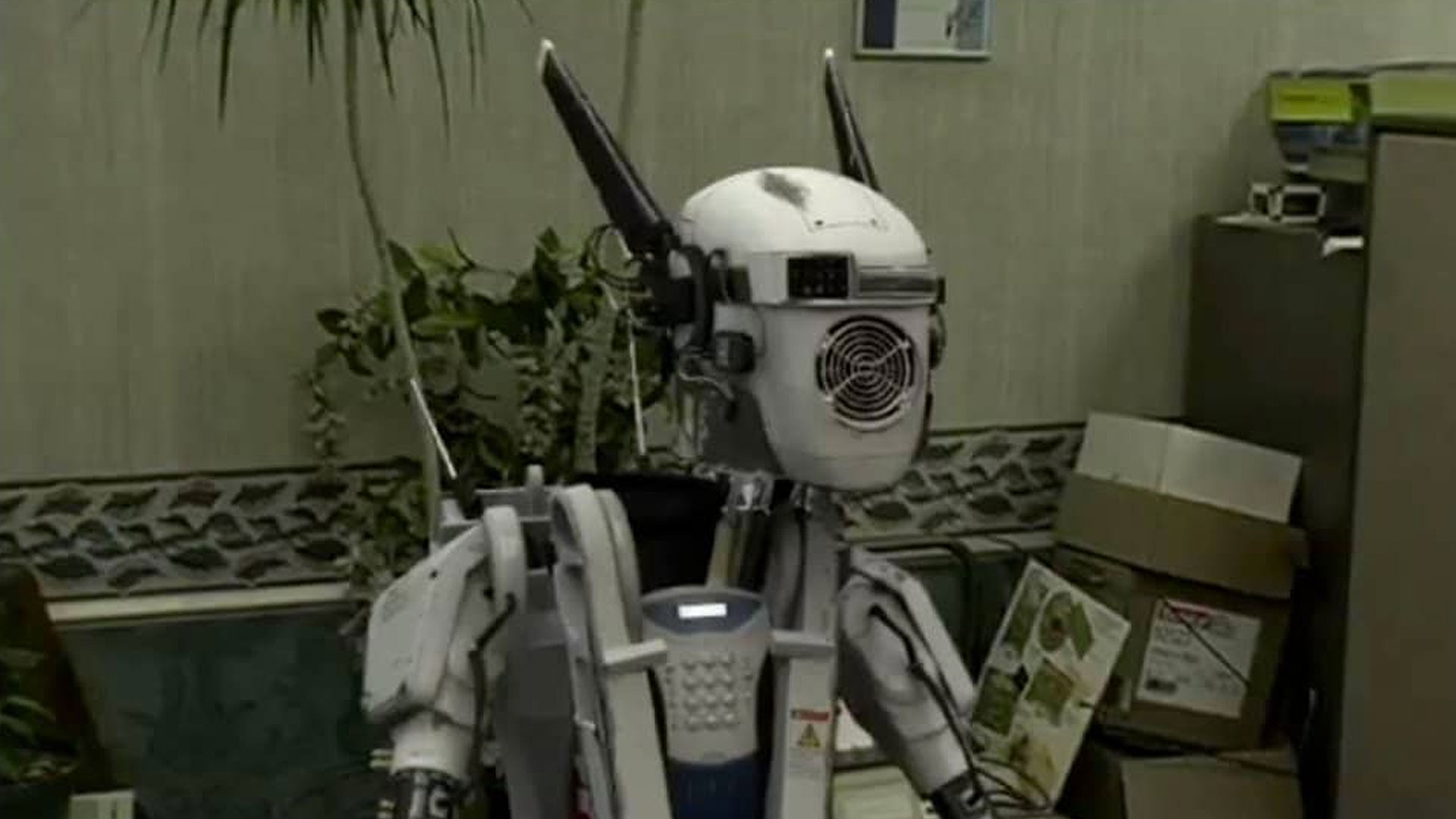 Before famous filmmakers become “famous,” they make short films. The medium serves a variety of creative purposes, one of the primary being a training ground for young directors to hone their skills. In that respect, a film like 2006’s Tempbot—one of the early shorts from director Neill Blomkamp—is a lot of fun to watch.  For one, purely as a standalone film it’s very solid—a character study of a robot thrust into a modern day workplace. But, beyond that, it’s fun to see Blomkamp’s roots and cinematic style germinate—like reading an early piece of fiction from an established writer. His influences and stylistic ticks are all here: the spectacular integration of computer generated imagery, the doc-esque shooting style, and of course, the titular “temp bot” himself looks an awful lot like the androids in Chappie (a film, that while not perfect, was unfairly  maligned by critics).

Blomkamp’s short film record is obviously well-known. Alive in Joburg may be one of the most watched shorts of all time. It got him Hollywood’s attention, and eventually, evolved into District 9.  But, while it isn’t as flashy, Tempbot is equally as impressive. I love how simply, and elegantly it makes us care for this character who never utters a line of dialogue. It’s a surprisingly touching piece that, ultimately, feels more human than most of the films I watch (short or otherwise). For all his flaws, Blomkamp has a way to make you care for the outsider. And, since he’s a science fiction filmmaker, those outsiders often tend to be things like aliens and robots.

As exhibited in another SotW peak ZARI, I like this idea of “mundane sci-fi.” There are no apocalyptic wastelands or galactic, interstellar worlds. Rather Tempbot depicts how advanced technology and big ideas can sort of just integrate themselves into the averageness of daily life—a cinematic universe where a highly intelligent, self sufficient robot is as blaise as a new coffee maker. Likewise, the corporate cubicle farm is the perfect sort of setting for said robot—a monochrome, bland backdrop where tasks are formulaic and interactions feel programmed and impersonal. Tempbot’s evolution—this desire to connect—is both heartbreaking and relatable. And, so when he finally does act on his “human” impulses, it’s like watching a child overstep his boundaries—more pitiful than malicious.

Blomkamp is currently at an odd point in his career. After the enormous critical and commercial success of District 9, he was Hollywood’s golden boy. Now, following the dismal performance of Chappie, he’s in the doghouse (Blomkamp is no longer attached to a movie in the Alien franchise). That being said, Tempbot is a great reminder that he’s an immensely talented filmmaker who may have just lost his way. Forget the naysayers: I eagerly await Blomkamp’s next project.