In his isolated cemetery, a lumbering gravedigger tries to amuse his son in this stylish animated short with an emotional kicker.
READ REVIEW
Next Previous 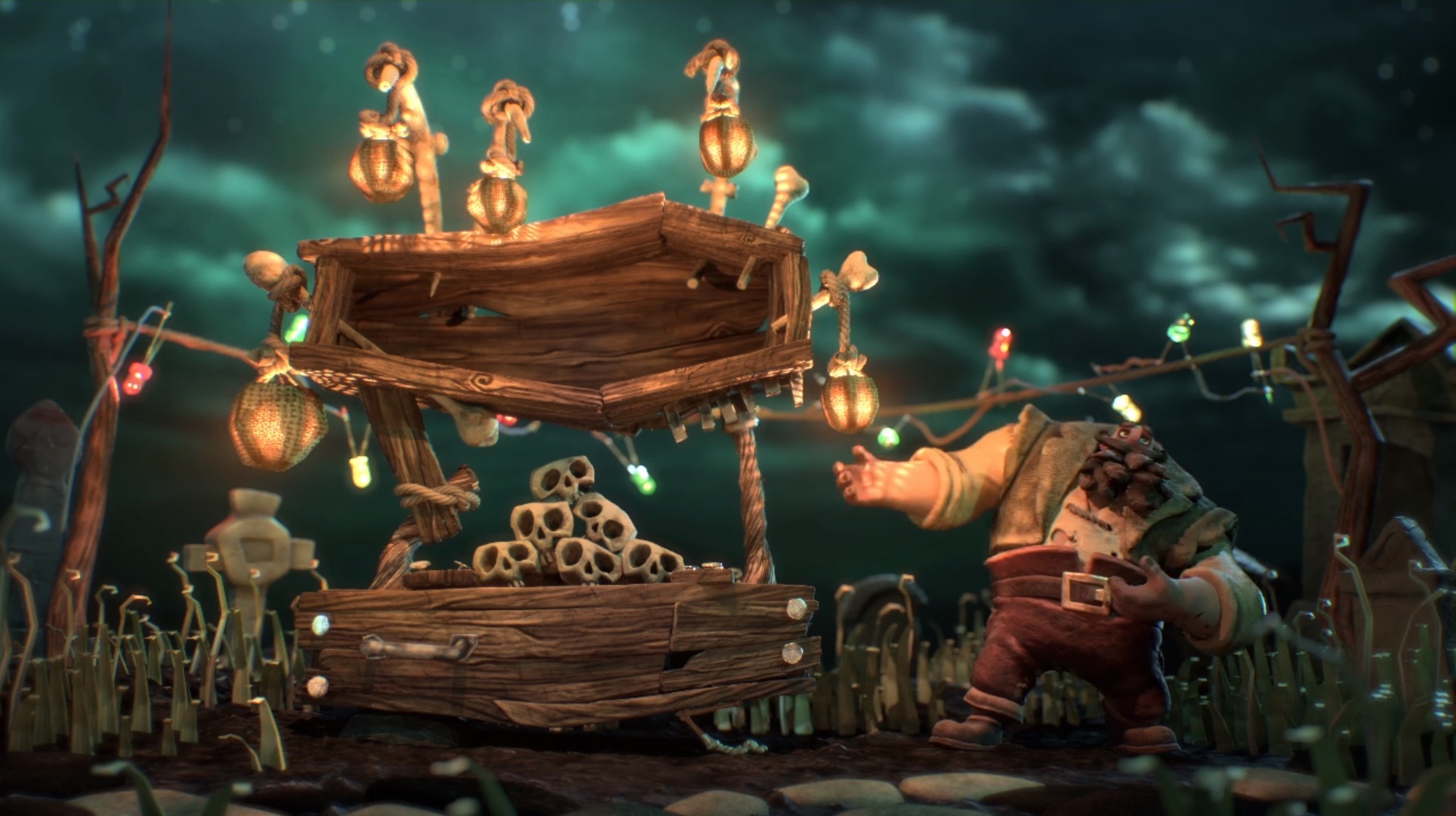 Kicking off the Halloween celebrations early on Short the Week this year, Tombes & Manèges is a Burton-esque animation created by a group of ISART DIGITAL students as their graduation film from the Parisian video game and 3D animation school. The story of an oafish gravedigger and his unrelenting attempts to entertain his son, this 7-minute short mixes dark comedy and a distinct aesthetic to create an impressive student film.

Created digitally, but with an aesthetic that feels like it owes as much to stop-motion as it does to any computer generated animation, Tombes & Manèges is a film that delights the longer you spend in its universe. At first sucking you in with its spooky-but-somewhat-sweet style, this playful short soon goes on the charm offensive with its dizzying blend of comedy and action, as we’re taken on a whirlwind journey through a world of macabre fairground rides and nocturnal creatures. The film really takes things to the next in the final third though, making its strongest impact with its “reveal” – a twist-in-the-tale that gives the film an emotive kicker – this strong resolution means Tombes & Manèges ends up feeling much more than just a showcase for some strong animation.

The 2nd film we’ve featured from ISART DIGITAL after L3.0, Tombes & Manèges once again highlights the impressive work coming out of the school. With a narrative as strong as its computer-generated aesthetic, this is a short that certainly doesn’t fall into the trap of being style over content.