In a world where time travel is a simple hospital procedure, a man jumps back in time to force his 10 year old self to learn guitar, so that he can get more action with the ladies in the present day.
READ REVIEW
Next Previous 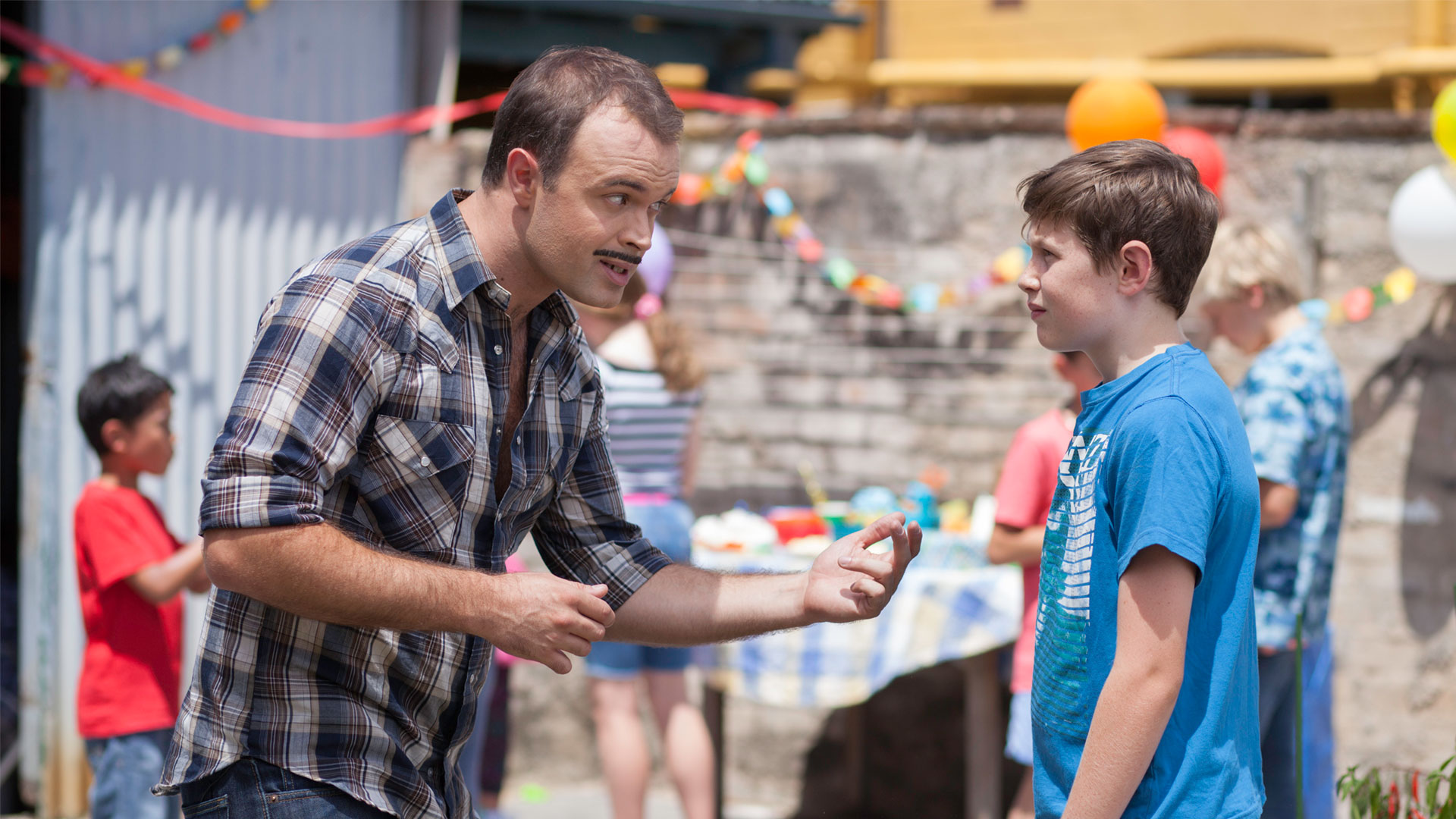 The premise might be somewhat tired, but darn it, I’m You, Dickhead—a comedy/time-travel short from director Lucas Testro—is a real charmer. It’s crude, funny, fast-paced and filled with enough punchlines and plot-turns to keep you enthralled throughout. And it’s all predicated upon the inherently ridiculous proposition of using the power of time travel as a way to get laid.

Although it’s often used as a plot element in “serious” movies, time travel—with all its paradoxes and contradictions—makes for a ripe comedy device. And, Testro—along with writer Larry Boxshall—totally take advantage. While the callous, uncaring hero might be a turn off for some, his lack of empathy for anything other than his own sexual cravings makes for some great one-liners. Would this type of character work in a feature? Maybe not. But, that’s the beauty of the short form—give me a crafty premise, a few dick jokes, and I’m locked and loaded for 12 minutes of comedic/sci-fi bliss. The sight gags (time traveling mustaches!) are as plentiful as the dialogue driven jokes—Testro really has a great sense of comedic pace that keeps the narrative moving at a high-velocity clip. The visuals are also polished, with some very strong cinematography and shot composition.

Testro, communicating electronically, explains his gravitation towards the project: “When I first read Larry’s script, I loved how absurdly funny it was, I loved that it was a time travel story (a genre of which I am a huge fan), but I also loved that it was a little badly behaved. It was a tone of script I would probably not write on my own, and I was excited at the prospect of making a film that would push things a little—a film that would not be afraid of walking up to the line and then sticking its toe over it a little to see how Mum and Dad would react.”

Needless to say, it’s not surprising this film was a hit at both Palm Springs and the Austin Film Festival—it’s a comedic crowd pleaser. It’s crude without being too-crude, clever without being confusing. We’re excited to see what this creative team has in store for us next. Director Testro is currently developing a superhero comedy web series, an action comedy feature, and a supernatural period drama series. See his website for more information. Boxshall is working on a documentary about “the greatest movement in art seen in decades, Drawing Dicks on The Herald Sun.” Yes, you read that correctly…click here for a trailer.

And, if you enjoy your time-travel with a side of laughs as much as I do, be sure to check out these other Short of the Week selections, Time Travel Lover and Future Hero.