Beautiful, dark rumination on life and death and the random moments that make it meaningful.
READ REVIEW
Next Previous 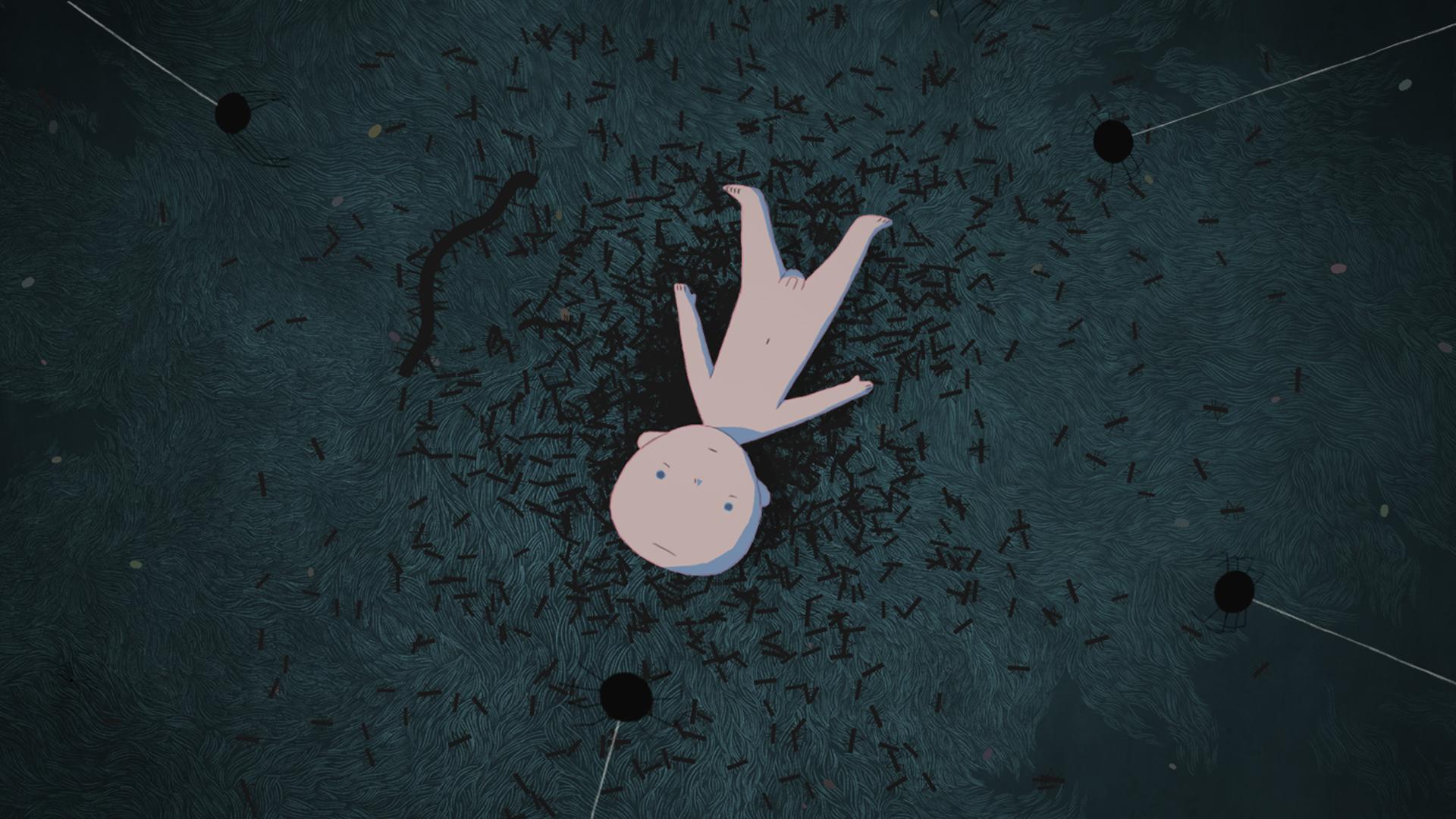 A coda, in musical terms, is the section that brings a piece of music to its end. It can bombastic and dramatic or quiet and thoughtful. Coda, the animated short by Alan Holly, weaves in a bit of both. This winner of Best Animated Short at SXSW is a skillfully-animated film that seamlessly blends the beautiful with the dark and the childish with the profound. In the film, our hero is killed unexpectedly and then desperately struggles to escape death in every way possible before learning to accept it.

Show me many things so that I remember.

Stories of accepting death even after it’s occurred are nothing new. It’s a common fantasy that when we die, we’ll be granted a moment to look back on everything and discover its true meaning. It’s a narcissistic fantasy that Alan seems to play with as the egocentric hero demands “More!” until he runs out of steam.

Aesthetically, Alan’s film combines many elements in a unique way—the flat shapes and refined color palettes (seen also in work by Matthias Hoegg) with the painterly, organic movement of greats like Miyazaki. In fact, one could almost view the film as a modern day Miyazaki film with it’s piano score, surreal elements, and powerful characters.

Alan Holly is part of the And Maps and Plans crew in Ireland.