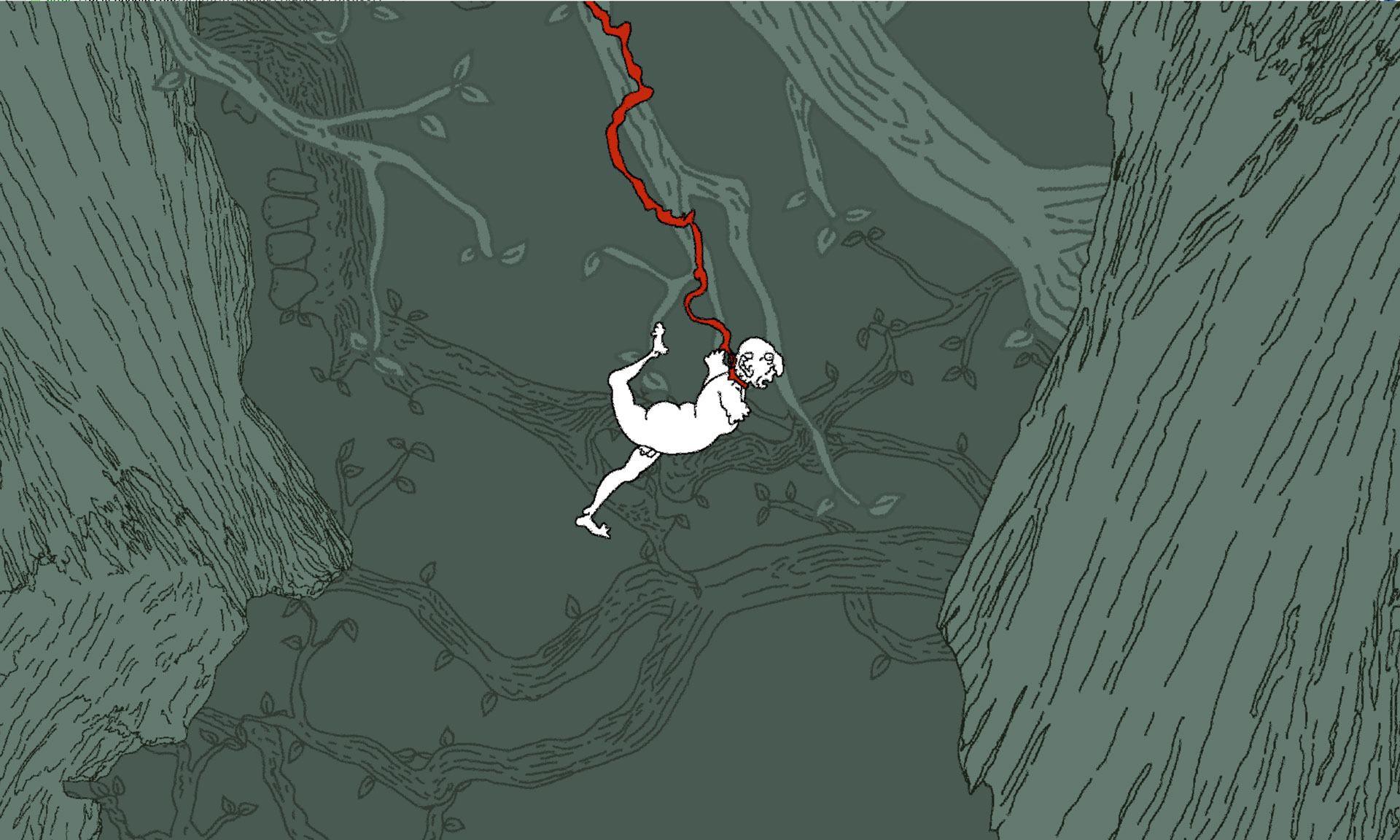 You wait ages for a Royal College of Art grad film to hit the internet and then what happens…two drop in the space of a week (hopefully this will start an avalanche of online releases). Hot-on-the-heels of fellow 2014 graduate Isaac Holland’s La Petite Maison, released just one-week-ago, comes Joe Bichard’s The Waldgeist & Me – a bizarre and twisted tale of a man and his unusual relationship with a tree spirit.

I’ve watched The Waldgeist & Me several times now and the thing that really strikes me about Bichard’s film, and the thing I enjoy most, is that wrapped up in the weirdness of the narrative is actually a love story…a pretty twisted one, but a love story none-the-less. Beginning life as a character design project at Kingston University, we spoke to Bichard about how this initial brief developed into the warped romantic-comedy we see today – “We were given a character design project called ‘pets and their unusual owners’, I think I had just watched René Laloux’s Fantastic Planet, so naturally wanted to rip it off with the human pet thing. I started drawing the characters interacting and the basics of the narrative came naturally from that process. I hope to maybe make the audience have a little think about what ‘love’ might really be; perhaps the intertwining of two people and the co-dependency that can arise from this. And also about the balance of relationships. Any kind of unbalanced relationship is a terrible thing; I hope the film expresses that.”

Much like his previous film DEAD…, Bichard’s latest animation takes some pretty dark subject matter and wraps it in a colourful, playful aesthetic – all finished off with a dash of black humour. It’s this approach that makes The Waldgeist & Me accessible and something the filmmaker admits to giving consideration when creating his films. “I think I will always have a tendency to try and add some kind of humour to my films”, Bichard says, “firstly because it makes off-putting subject matter a little more palatable for the masses and secondly – I’m really, really funny.”

Currently freelancing around London, the director’s next short film venture will be a collaboration with his friend and fellow ex-Kingston University student Jack Cunningham (the pair made their Kingston graduation film MARS! together) – Bichard describes it as “a satirical look at humanity told through anthropomorphised dinosaurs. Obvz.” – Well obviously!