In a world where the women and children are all dead, the men have begun to change in their yearning for a woman.
READ REVIEW
Next Previous 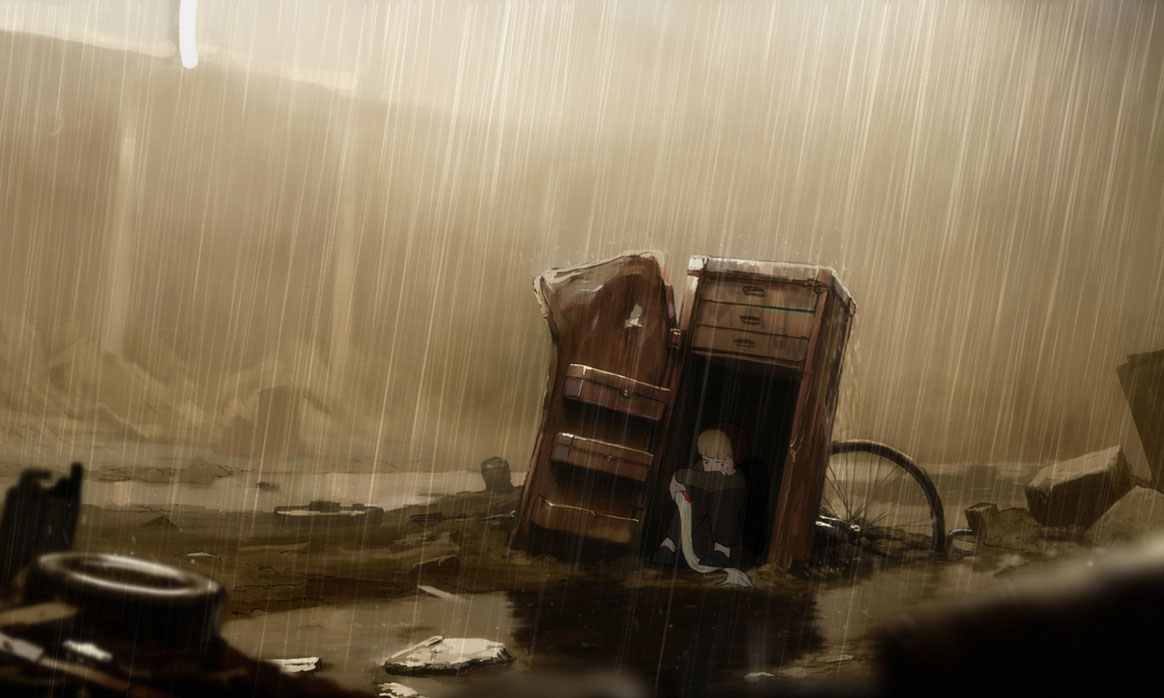 Winner of the Danish Academy Award for ‘Best short film’ in 2011, Paw Charlie Ravn’s captivating animated short To Venner (aka Two Friends) sets a coming-of-age tale within a dystopian universe to create a distinct and utterly compelling short. Created whilst studying at The National Film School of Denmark and based on an idea that Ravn had with Art director Rasmus Berggreen, To Venner impresses with its assured style and unique story.

“Ten years ago a disease wiped out every woman and child. And the men began to change.”

Looking through the films I’ve picked to cover here on Short of the Week, whether it’s the story of a man determined to battle infection in interactive Zombie thriller Five Minutes or the mysterious disappearance of humankind in French VFX short L3.0, there’s no hiding my love for post-apocalyptic narrative. Always on the search for a new angle in this much-loved genre, To Venner instantly grabbed my attention with its unusual premise of a universe lacking women and children. Set in a world where men appear to have morphed into mindless drones driven purely by their sexual urges, two young children battle to survive, believing that one-day a “girl will come to save the world”.

Set in a bleak and unimaginable world and featuring such a distinctive concept, it’s to Ravn’s credit that To Venner’s most charming feature is actually its heartwarming story of friendship between its lead characters. Tackling themes of gender, sexuality, hope and unity, Ravn’s science-fiction/fantasy storyline does what all good futuristic storylines should – comment on present society (if To Venner featured an invention it would be a prime candidate for Asimov’s ‘Social’ science-fiction label). Exactly what you take from Ravn’s narrative (co-written by Anna Bro) will be down to the individual reading though, as it feels like the film is wide-open to interpretation.

Since completing To Venner Ravn has made another short that focuses on children surviving in an altered universe, with his 22-min film Børnenes Verden (aka The Children’s World) set in a land where there are no grown ups and where girls and boys are in a constant state of war. As far as we can tell the film has toured festivals, although in general we couldn’t find much information about Ravn and his work online, so if anyone out there can fill us in – or if the filmmaker himself is reading – we’d love to hear (and hopefully see) more.