Paul is the custodian of a nuclear missile silo, living alone in the vast underground structure. More interested in his passion - painting and sculpting the missile - than his duties, he gets a lousy performance review that threatens his job.
READ REVIEW
Next Previous 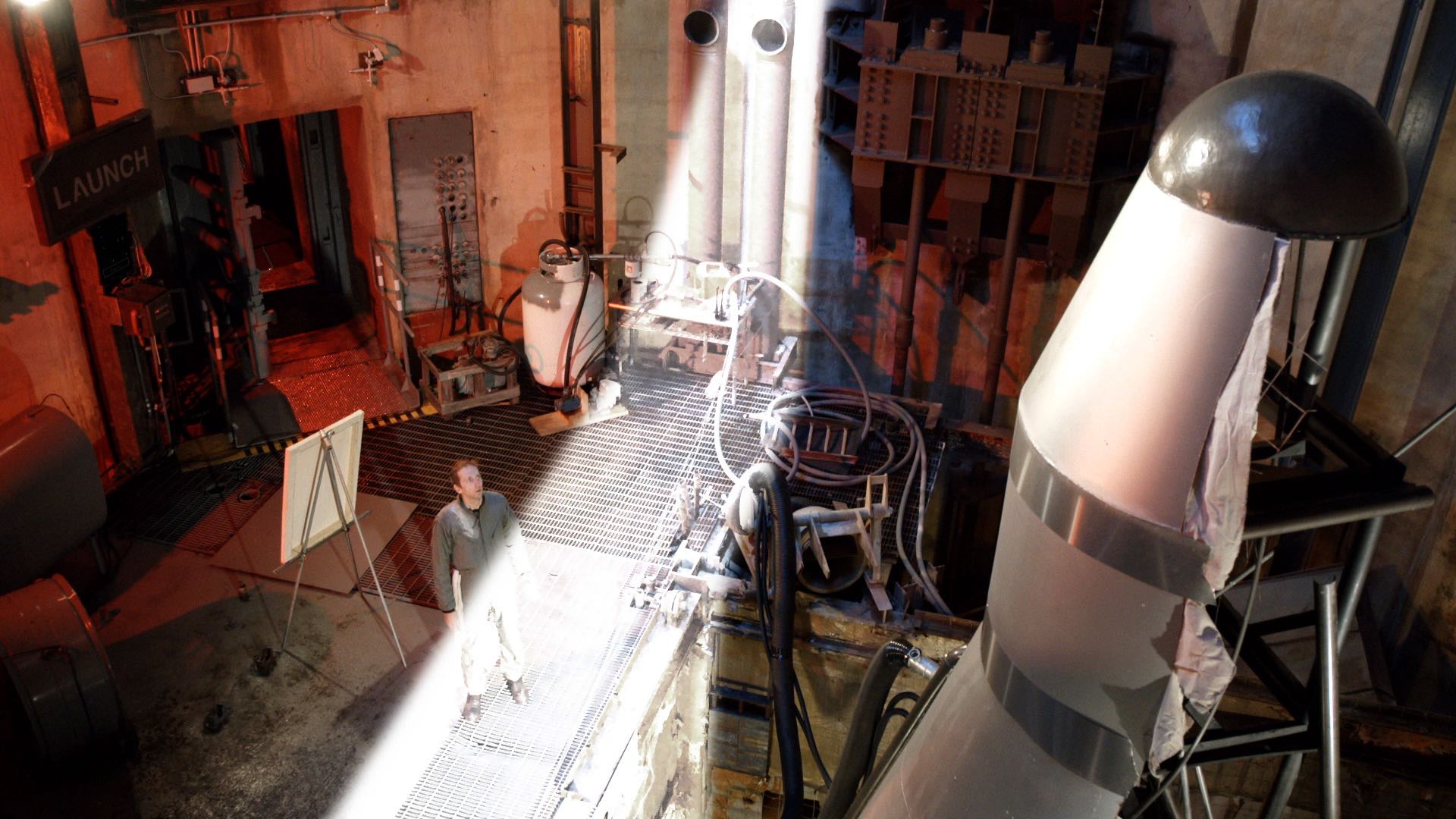 Jason Sondhi
The first thing that jumps out at you when watching Silo is of course, “Damn! that’s a big ol’ silo!”. Obvious sure, but it is rare in shorts to have such a distinctive setting for a film’s singe location. Deeper than Yesterday‘s decommissioned sub is the only analogous location I can think of off the top of my head.
And how well it is used too! The story of a lonely missile maintenance man, his love of missiles, and a bad performance review, incorporates the now privately-held and decommissioned silo to excellent effect, utilizing both its sense of scale and its brutally functional, dilapidated, Cold War-era design to subtly infer the film’s theme of bureaucratic farce.
To focus too much on the details of the set is to ignore however what a wonderful and strange film David Soll has crafted. Silo conducts itself in a weird in-between space of genre and tone, absurdly comedic, but not satiric, heartfelt at moments but not mawkish. The result is fiercely entertaining, and rich textually—various conflicts work their way through the film: passion vs. the ignominy of work, the struggle between management and labor and the faceless agency of the military-industrial complex versus individuality.
If I’m reading underlying political elements to the film, it is perhaps due to knowing a little bit about Soll’s background. A gifted filmmaker (see his feature documentary Puppet), his primary gig is as a political creative producer, crafting ads and video messages for top Democratic figures like Obama. Indeed, when reaching out last month to Soll about the short, he confessed to being knee-deep in work trying to help Democrats keep the Senate in the elections earlier this month. Now that the elections are over, Soll will hopefully be turning his sights to a feature film project with producer Jared Goldman who produced the recent Bill Hader film, Skeleton Twins.
You’re still curious about that silo though huh? Credit for the concept of a narrative work in a silo goes to executive producer Jesse Moss (director of the stunningly excellent 2014 feature doc The Overnighters), but it was a producer Andy Widmann, who discovered a cache of privately held silos in the Adirondacks that the Air Force decommissioned shortly after they came online. Approaching Australian architect Alexander Michael with the project, the team received permission to use his silo which he’d been restoring as a hobby. A lot of work still was needed though, and Soll spent almost 3 months scrubbing and restoring the location himself with a small team. Production Designer Paul Beaudoin set out to create the missile itself in Brooklyn’s Red Hook neighborhood, eventually building out the top 45 ft. of the missile. The team then utilized green screen on set in order to composite the rest of it in post. Some of the magic of the process can be deciphered in this VFX breakdown.
It’s not often that you see such stubbornness in executing what is, with Silo, a particularly difficult short film vision, so kudos to Soll and the whole team. It’s even more rare to have that effort rewarded with such an excellent film! If you want to subscribe to that hoary notion of a short film being a “proving ground” for filmmakers, then this production passes with flying colors. Myself, I appreciate the art of shorts in an of themselves and am happy to have found a gem—I’m going to go watch it again.
Vimeo Behind the Scenes
LIKE TWEET