A Sundance Grand Jury Prize winner. After three months submerged underwater in a Russian submarine, the men have become savages. Oleg fears that losing perspective may mean losing himself.
READ REVIEW
Next Previous 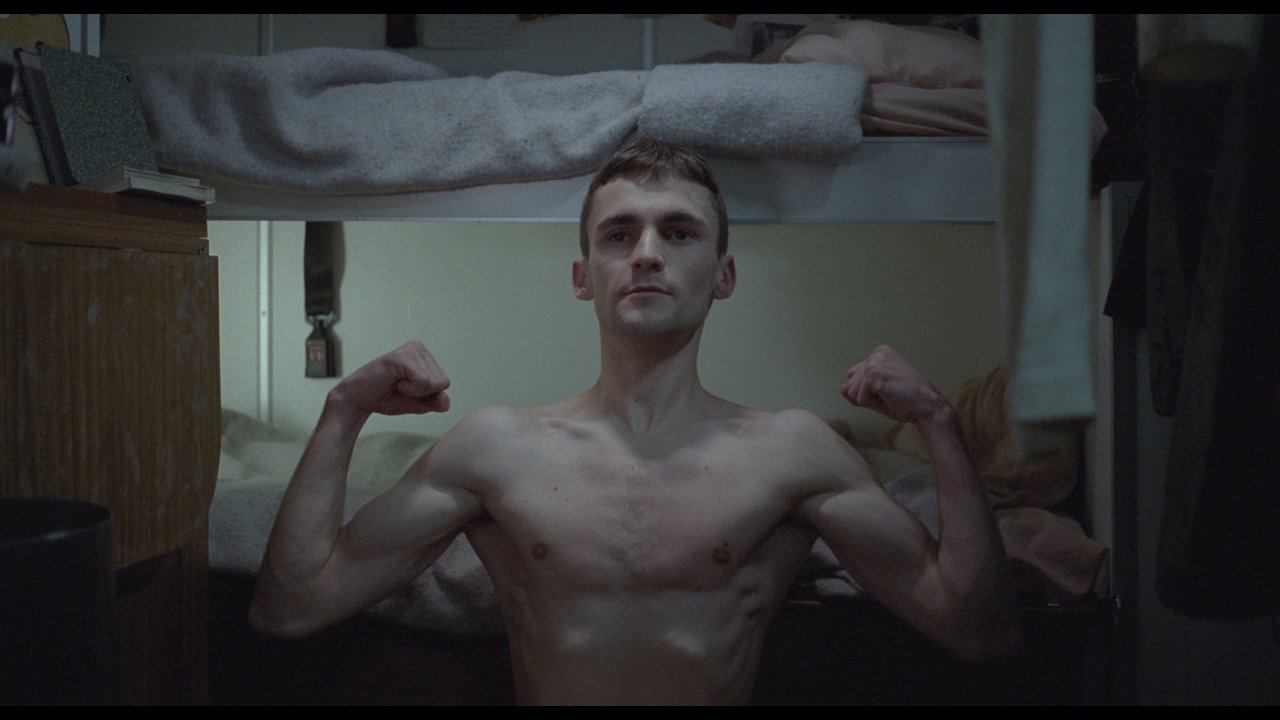 At the risk of unfairly raising your expectations, let me preface today’s film by saying this; I think Deeper Than Yesterday is one of the best short films I’ve ever seen.

I first encountered the film at a festival screening in 2010, precisely which one has escaped me at this point, but suffice to say it has lingered in my memory ever since. Now, in advance of the director Ariel Kleiman’s feature film debut, this prize-winning short has come online.

Shot on 35mm, the film is undeniably a “cinematic experience”. However when we ordinarily throw that term around we mean it feels BIG— expansive vistas, wide shots, showy action sequences. Deeper Than Yesterday is the direct inverse of that—it is uncomfortably claustrophobic, shot entirely in the narrow confines of a decommissioned submarine, and while punctuated with brutal acts of violence, it is the space between those sequences that resonate. Kleiman and his cinematographer, Peter Eastgate, through thoughtful blocking and the efforts of Kleiman himself as editor, come as close as one can in film to achieving the literary trick of depicting their character’s interiority.

Oleg is a our main character, a hulking man who, while jovial, maintains an aloofness from his mates. The entire crew’s mental state is deteriorating as they’ve spent too much time underwater and tempers are beginning to run short. Oleg is comforted by a well-worn photograph of a woman, his sweetheart most likely, though the relationship is never fully explicated. It serves to ground him and act as his connection to his humanity and nobler impulses. It is these higher qualities that he struggles to remind others on the ship of when, in an early scene, he breaks up a fight.

Yet Oleg is proven to not be above the savagery he attempts to keep at bay. When he discovers that his bunkmate has purloined his beloved photo for certain base reasons, Oleg abuses him with a brutality yet unseen in the film. Oleg’s devotion to the image and his sublimation of darkness in its name, is ultimately mirrored in the film’s climatic conflict. When a dead woman is discovered floating in the water and brought aboard, Oleg finds that his honor will once again put him against those he is so uncomfortably close to.

But, at the risk of being controversial, is Oleg such a hero? He bucks the popular wishes of his crewmates to act in a self-aggrandizingly noble way. Defending the honor of a photograph, defending the honor of a dead woman seems just, but ultimately there is no “person” there to actually defend. Certainly Oleg may not want to be witness and complicit in depravity, but that is a defense of himself, of his efforts to retain his humanity and in no way selfless. To unilaterally decide something, to buck the chain of command on the ship is again to seem honorable, but betrays a fascist impulse and complicates the meaning of the miltiary setting. Despite the damned impressive craft of the film (Kleiman advises that you NEVER think of shooting on a submarine), it is this psychological complexity and moral murkiness which elevates Deeper Than Yesterday into the canon of modern short film.