A quiet, yet powerful portrait about a young man named Terrance and his struggles to overcome Post Traumatic Stress Disorder and depression.
READ REVIEW
Next Previous 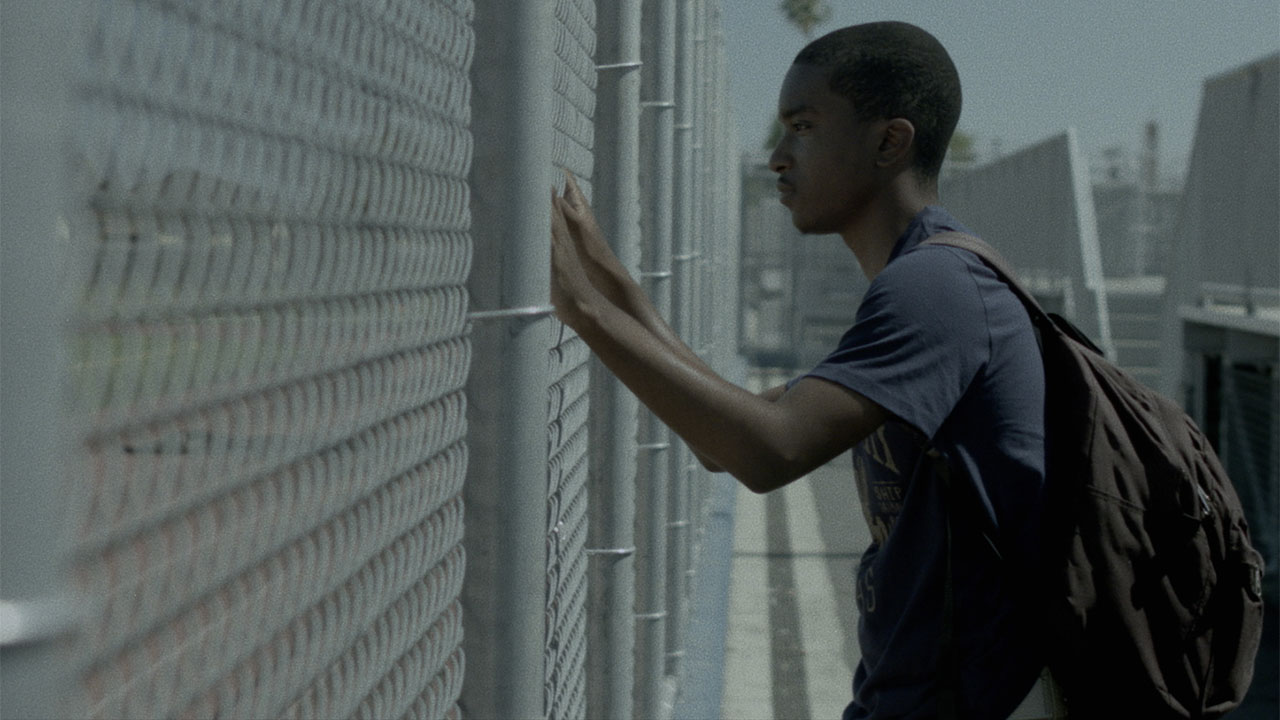 Providing its viewers with a glimpse into the life of its titular main character as he wanders through the world looking for something that gives him hope, Joris Debeij’s Terrance is a compelling insight into the mind of young man battling post traumatic stress disorder and depression. Captured in powerful, yet simple images, the filmmakers treat their protagonist and the topic with the right balance of respect for it’s honest subject and staged-moments in the context of well-crafted documentary filmmaking. The film was made under the banner of the documentary web project I Am Los Angeles and premiered at Dazed & Confused magazine as part of their Dazed Doc X project.

I Am Los Angeles is a web series consisting of various short documentaries about people and places around the Los Angeles area. Similar to other great non-fiction projects with a comparable approach like California is a Place, it still holds it’s own and has a clearly distinctive voice. And although I Am Los Angeles is a series of documentaries, films like Terrance completely work as a stand-alone short without necessarily needing the context of the web series around it. If you’re interested in the bigger picture, it’s certainly worth checking out some of the other films in the series (we’ve also featured Making it in America on SotW), as director Debeij puts it: “I Am Los Angeles came about as a result of my personal exploration of the city, and as a parallel to that also my exploration of filmmaking. The more I explore, the more potential subjects and topics I seem to come across, and there’s definitely a lot more out there.“

The filmmaking approach of Terrance bears cinematic qualities reminiscent of thoughtfully-constructed fiction-films and therefore transcends such categorization in how it uses DoP Nate Hurtsellers’ cinematography technique to tell it’s protagonist’s story. The meditative images and camera movements create a feeling of timelessness as if we as a viewer are lost in our own thoughts, or in Terrance’s respectively. The way the film is shot not only shows a skillful, lyrical voice in documentary filmmaking, it also enhances the reflective nature of the narrative itself.

“It was a very interesting process determining how to approach this story”, director Debeij revels in conversation with SotW, “I think it is hard for anybody really to talk about depression. There are a lot of complex and abstract feelings and thoughts that make it hard to match with words. [We] worked on the objective to build in a visual layer that we hoped would embody the feeling that we got from Terrance. That’s the feeling of drifting alone, alone in a world that’s kind of vaguely dark and muted, without a lot of support”.

Depression is an illness that is all too often ignored or ridiculed. Things like depression and post-traumatic stress disorder have to be taken serious so they can be treated, as shown in the example of Terrance. As the film’s website explains – “Mental and emotional problems […] can be far more challenging to identify, comprehend, and deal with on your own, let alone ask someone for help. It should come as no surprise that teenagers are a group that is especially unlikely to seek help”. Depression in a lot of cases is not something you get because of some particular reason – or even worse in the case of public perception – something you just get out of by thinking positive and “getting yourself together”. People with depression need help and the support of their environment. Luckily Terrance got the help he needed, which isn’t the case for many other young people facing mental and emotional struggles. Not only is his story noteworthy, it’s also important that a film like this exists to call attention to such causes.