A girl with a secret past comes out of hiding and is forced to take on the town bullies with the thing she fears most - herself.
READ REVIEW
Next Previous 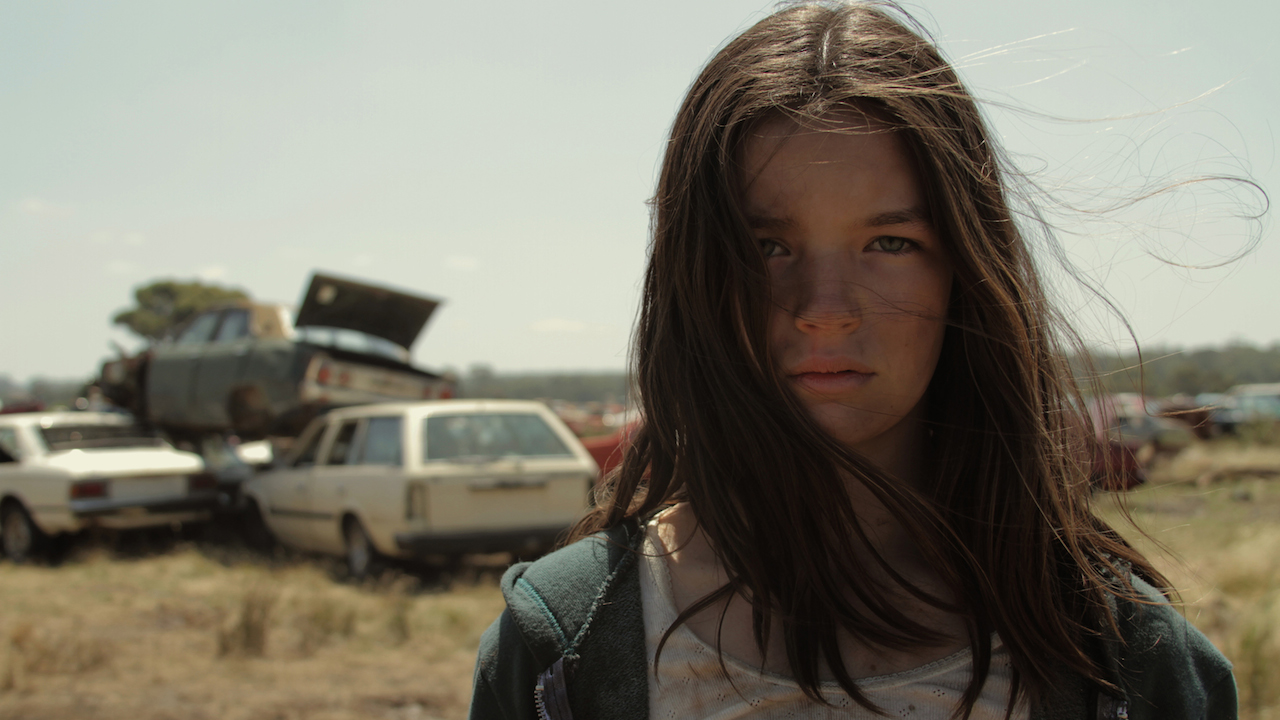 Great power, as a certain masked hero often intones, comes with great responsibility, and Ruby, the mute protagonist of Michael Spiccia’s excellent and eerie short Yardbird, is indeed a possessor of great power. Yet responsibility is an alien concept to a child, and what good is power if it doesn’t provide the ability to change fundamental grievances of life?  Power does not comfort Ruby the way her absent mother would, and no matter how she tries to fill that fundamental lack with furry pets, it is as her father, the lone figure in her life explains, “you cannot fix everything.”

Rather than everything, Ruby would likely settle for anything. Confined to a dusty auto junkyard where she is told to remain lest her peculiar abilities be discovered (hence the title Yardbird), she is as isolated as the dusty Australian backdrop of the film’s setting. Determined to disrupt  the monotony of her existence, she sneaks a ride into town where she discovers a crew of sketchy youth threatening a cat with a cricket bat. It is this confrontation that sets the film’s plot in motion to its horrifying climax.

In contrast to the wave of badass prepubescent girls that have graced the screen in recent years, (Hanna, Hit girl, the upcoming anime adaptation Kite), Ruby, played by Mitzi Ruhlmann, is a character as yet removed from her lethal potential. Shy from her lack of socialization, she is presented as a blank slate. Ruhlmann’s performance and the script imbue enough subtlety into the character however that the central theme fills in around the edges—the internal conflict between vengeance and control, the difficulty in maintaing mental discipline when the structures of life all around you are in shambles.

Films like Yardbird illustrate the festival/online perfectly. If you follow the fests you’ll be familiar: competition at Cannes 2012, spots at Berlin, Tribeca as well top prize at the Sydney Film Fest. Yet, A full 2 years out from those premieres, I fully expect the name Yardbird and Spiccia to be unknown to many of you. Despite the fantastical premise and expertly integrated VFX of the film, catnip to film producers nowadays,  Spiccia perhaps did not feel the pull of online in the same way as many other similar short filmmakers due to his extensive industry experience. Already a gifted commercial director with multi-continent representation, Spiccia approached short film as a polished visual stylist. It was when he hooked up with his creative partner at Bridle Path Films, Julius Avery, that his attention turned to narrative directing.

The scriptwriter on Yardbird, Avery is in the midst of surging career himself. He likewise came to fame with a notable Cannes short, the Palme d’Or-winning 2008 film Jerrycan, and his collaboration with Spiccia was the first for their new company. Recently Avery finished his feature debut, the Ewan McGregor starring Son of Gun. That film, which Spiccia worked on as second unit director, is set to open in Australian theaters this week and has been purchased for US distribution by A24.

We fully expect Spiccia career to continue in the footsteps of his mate Avery’s with a feature film soon, though no announcement has yet been made. Perhaps a Yardbird adaptation? One can only hope.