A tiny and mysterious cat-like creature awakes in the remains of his smouldering spaceship and finds himself on a journey through a beautiful and dangerous world, in a quest for answers.
READ REVIEW
Next Previous 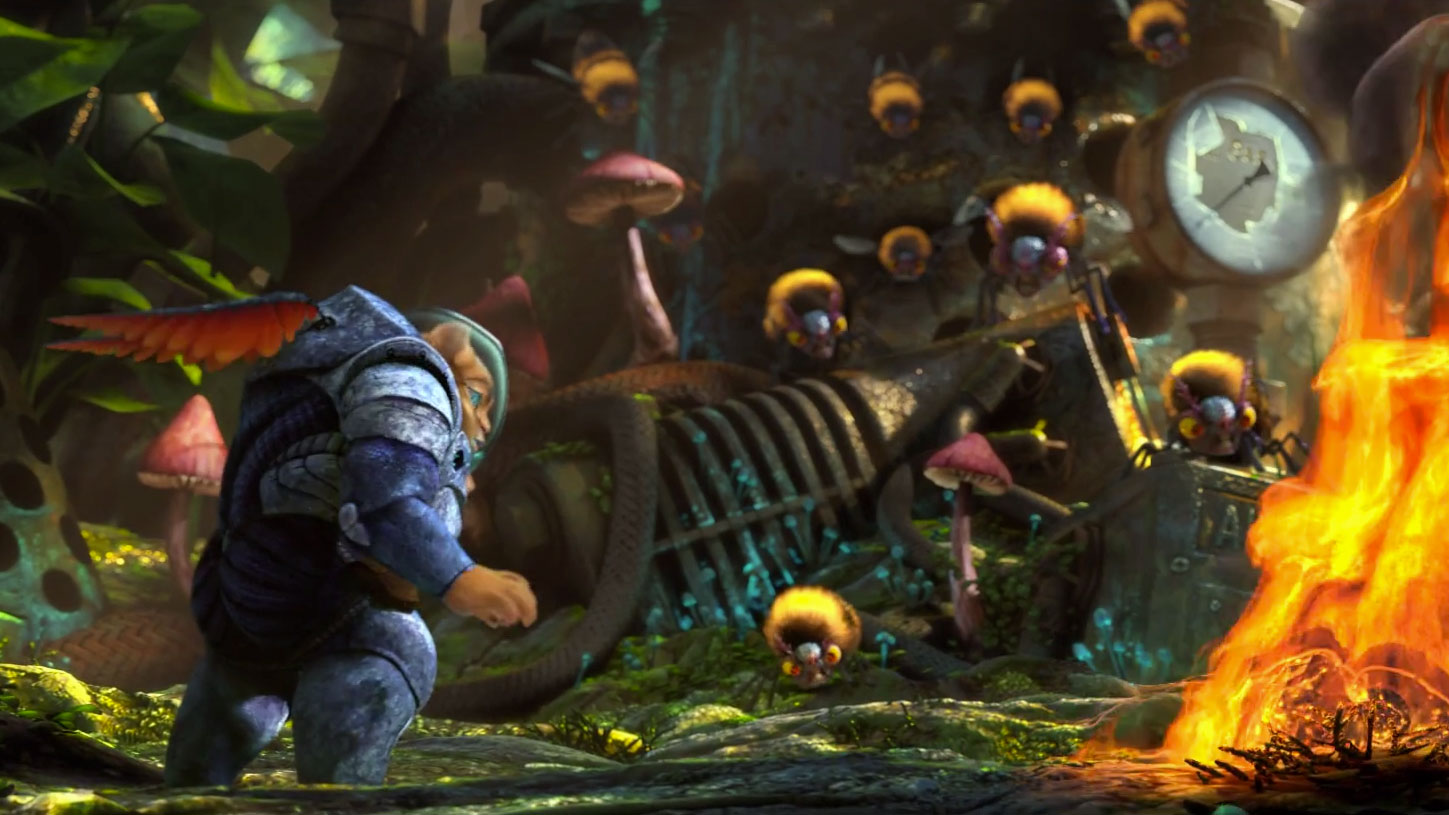 Adventure about Other Worlds in 3D Animation
Made In France

Blending together 3 of the most popular genres of online video (animation, sci-fi and cat) into one 6-minute action-packed short, Loïc Bramoullé seems like he’s onto a certain winner with his thrill-ride film Space Cat Hob. Following its titular hero as he navigates his way across a foreign land, Bramoullé’s latest short builds on on the impressive animation work seen in his 2010 Vimeo staff-picked graduation film Parigot.

Sticking to a simple, somewhat tried-and-tested narrative (I couldn’t help but be reminded of elements of Wes Ball’s Ruin and Jesús Orellana’s Rosa when watching Space Cat Hob), Bramoullé presents us with what is basically an extended chase sequence for the duration of his story. Pursued across a fantasy landscape featuring carnivorous plants and zombie-like insects, what Space Cat Hob lacks in narrative complexity, it certainly makes up for in aesthetic splendour and exhilarating fun.

Created by Bramoullé and his friends in their spare time, with little-to-no budget, over a 2-year period, Space Cat Hob feels like the labour-of-love from a group of creative and passionate artists. “I needed to relax by creating something more cartoon, cute and personal when I got back from working as a concept artist at Ubisoft on Ghost Recon“, Bramoullé admits when asked about why he created his furry adventurer. “I developed a rich interest in urban exploration in the meantime, and that influenced a lot of the mood I wanted to give to this universe. I didn’t know what would become of this project, but then a friend from Ubisoft, David Atexide, told me he was interested in using one of my character designs to train himself in 3d modelling. So I had the idea of making a very short animated piece, which quickly evolved into a five-minute short film. So the concepts you can actually see in the film are only a small portion of the universe that has been developed. The production began with a bunch of motivated friends, helping me in their spare time, from home and then after six months I felt that we needed a real structure to keep on with the rendering and compositing phase. Delapost Paris allowed me and my friends to work on their workstations and we were able to build a pipeline to render the shots”.

Having created all this detailed and expansive concept artwork for his feline hero and the foreign land he finds himself, it feels like we’ve only just started to explore the exploits of this 4-pawed adventurer. Hopefully if this short proves a success, we’ll see The Further Adventures of Space Cat Hob in the not-too-distant future.

Although from the sound of things, Bramoullé is looking to work on something a little less all-consuming with his next project – “Now I have made a film without a producer or budget, I consider the challenge complete. I still want to make personal projects and to develop the real story behind Space Cat Hob, but the amount of work is just insane when you work on your own…even with a lot of help from friends. So in the future I would prefer to develop a less personal project and find a producer”.