Desperate to impress the boys he idolises, fifteen year old Casey agrees to steal a hunting rifle from a crippled old man's cabin in the hills.
READ REVIEW
Next Previous 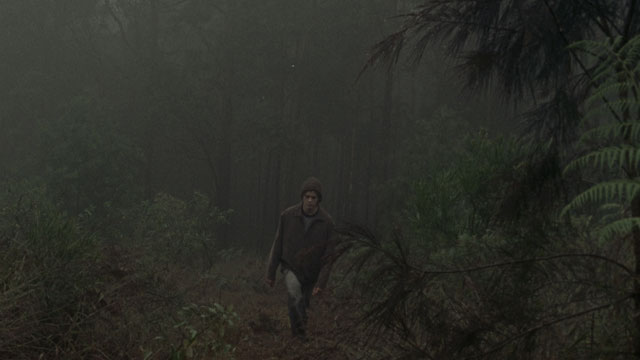 Described by its creator as an ode to his childhood and hometown, writer and director Sam Dixon continues the distinct style we first witnessed in his 2013 short The Sunshine State, with his latest film Old Mate. Shot in a little mountain town in South East Queensland called Maleny (Dixon’s actual hometown), this tale of peer-pressure and redemption relies heavily on the captivating atmosphere and eerie tone created by the filmmaker and his crew.

Following protagonist Casey as he’s convinced by a couple of older boys to steal a rifle from the home of a disabled man, Dixon’s narrative showcases just how quickly a misguided childhood act can turn into something much more serious. Whilst not everyone will be able to relate to the isolated rural location of Old Mate, the director has actually made a very clever choice by penning a storyline that each viewer should be able to connect with on some level. Whether it’s stealing a firearm, hanging out with the wrong crowd or mistreating others, the majority of us will have been involved in some kind of reckless decision making in our teenage years and Dixon’s plot will inevitably lead us all to reflect on our own inconsiderate youthful exploits.

Shot on 16mm film (using an Arri SR3 Super 16mm camera and Kodak 7207 Vision3 Colour Negative film), just like The Sunshine State, Old Mate has an aesthetic style reminiscent of low-budget, feature-length cinema with its handheld photography and long takes (long for short film standards anyway). Speaking to the director via email, Dixon revealed that they had chosen to shoot on the format because he “thought the organic quality of actual film would suit the landscapes and capture the atmosphere far more than digital would” and it’s in the short’s atmosphere where the film really impresses. Accompanied by an understated score of field recordings and sparse music tracks, Adric Watson’s cinematography blends perfectly with the audio elements of Old Mate to create the tense tone that the film’s director admitted was essential to his production:

“I love films with strong and distinct atmospheres, that’s the thing that sticks in my mind the most when I think about my favourite films, their atmospheres. So in my own films I’ve always considered a strong atmosphere to be vital, the pacing and the performances all have to fit together to strengthen that atmosphere and the world of the film”.

Ending abruptly, just like his previous short, Dixon eplained to Short of the Week that he views the ending of Old Mate as the “silver lining of a doomed enterprise, a fleeting moment of transcendence brought about by the kid’s attempt to redeem himself”. For those feeling like the conclusion of his film left them hungry for more, fans of Dixon’s recognisable style won’t have to wait long for another slice of distinct filmmaking from the talented director, with his next short already written and planned to shoot in 2014 (once the director and his producer Skye White have evaluated their funding options). In the meantime, I suggest we all take 5 minutes to reflect on our past digressions…Mum, Dad, if you’re reading this I’m sorry!