Drunk, alone, and in the middle of nowhere, a young man picks up a strange old hitchhiker on his way home to Queensland
READ REVIEW
Next Previous 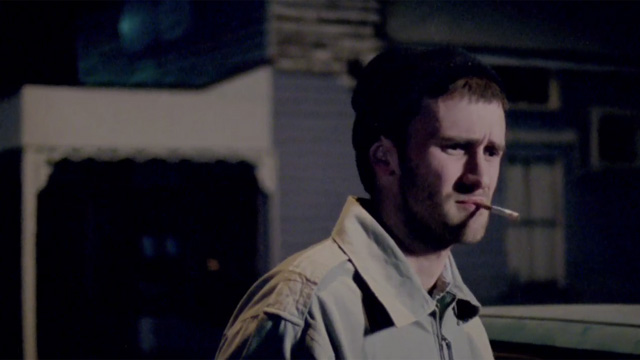 Director Skye White and writer Sam Dixon bring us a creepy thriller set on the desolate Australian highway. After checking in by cellphone with his girlfriend, our protagonist gets into his car for the long drive home, but not before being accosted by an older man asking for a lift. At first he resists, but the man wears him down, and soon the unlikely pair are driving the deserted highway in an uneasy silence. But pretty soon the old man is bumming cigarettes (“taylors” in the local parlance) and offering unwanted relationship advice and awkward jokes. As the hostility between the pair rises, the film darkens even further and we aren’t quite sure both these men are going to arrive safely at their destination.

The film’s abrupt ending reminded me of recent feature films like Martha Marcy May Marlene and Meek’s Cutoff and added to the sense of menace, ensuring that this brief story will stay with you.

Writer Sam Dixon grew up in Queensland and describes it as similar to America’s deep south, with a similar reputation for “redneck” attitudes and behavior. As a younger man, he worked in a liquor store in a small outback town similar to the one in the film and found that having a bit of power over men twice his age (refusing service to those already drunk, for instance) led to resentment and often to open hostility. This hostility of the older generation for the young, and the younger generation’s dismissal of those older than themselves gave Dixon the idea for the film.

In its short 8 minutes, The Sunshine State has a lot to say about male pride and the strange ways in which men try to communicate with each other. Even a simple gesture of kindness can be overtaken in an instant by jealousy, misunderstanding and rage.