SotW Award winner Eamonn O'Neill (I'm Fine Thanks) returns with his graduation film from the Royal College of Art.
READ REVIEW
Next Previous 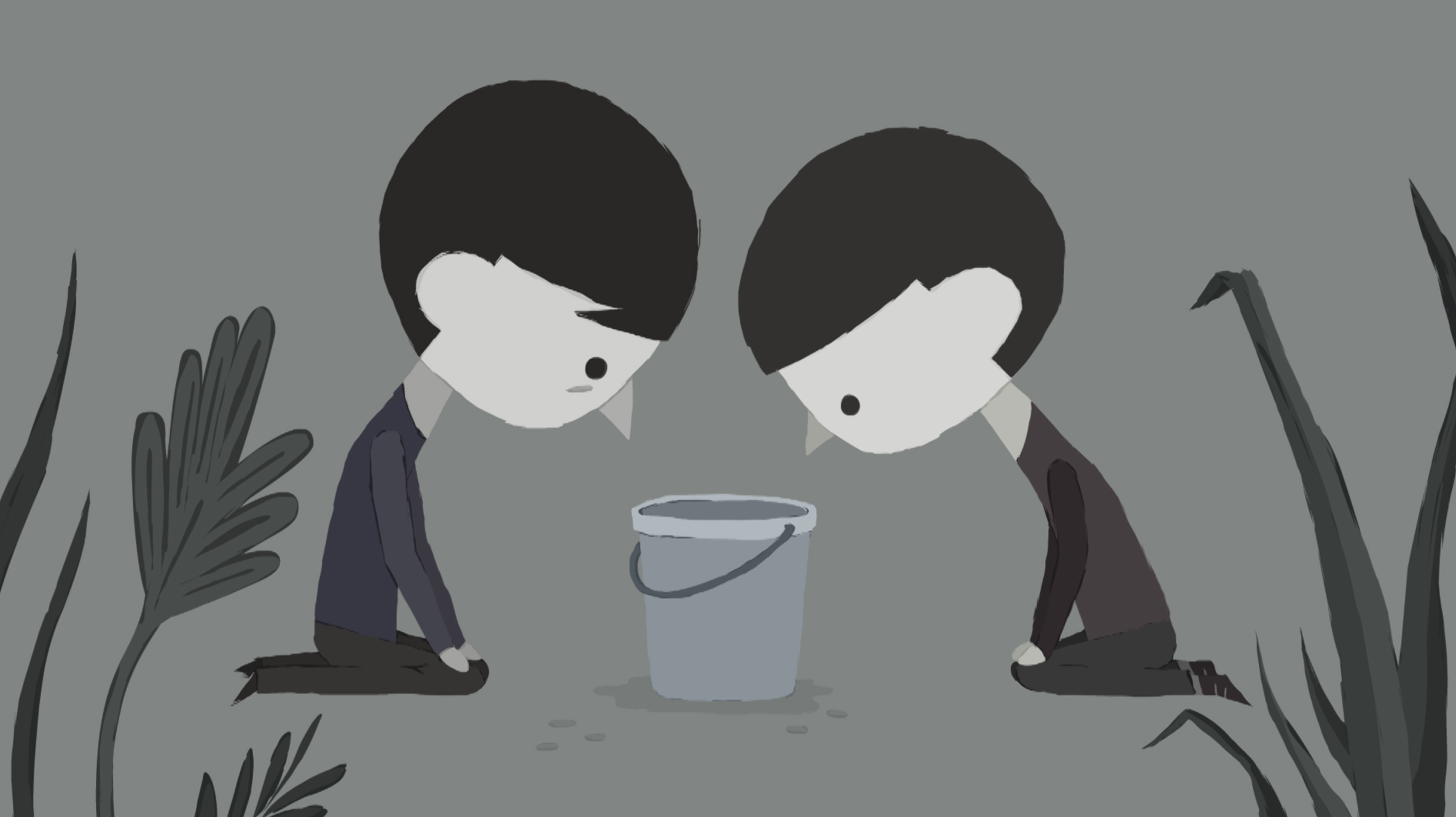 When I’m Fine Thanks blew up, winning an SotW Award, receiving a BAFTA nomination, and wracking up tons of online views, it was hard to remember that despite director Eamonn O’Neill being at school known for animation greatness, this wasn’t even his graduation animation.

We knew we were seeing a precocious talent, and certainly it is nice in the attention-economy we exist in to have people notice and care about your work. However great expectations can be burdensome to live up to, and O’Neill still had that thesis film to complete.

Firmly ensconced now, post-graduation, in the professional world at Studio AKA, yesterday saw the online release of that followup Left. With this film O’Neill refutes any doubters, and does it in a radically different way then I’m Fine Thanks, proving himself to be a talent of both greatness and breadth.

O’Neill leaves behind the attention-grabbing techniques of that first film (no hyper-color segments), and instead doubles down on the emotional elements while refining his minimalist design style, paring away adornment like an ascetic. The film centers on two friends as they age and drift apart. Told through intercutting flashbacks, the film relates the emotional pain of letting go and  losing connection as one friend matures, starts a relationship and other slips further and further into his self-destructive tendencies. Rob Munday points out that, thematically, the film makes a nice pairing with recent Junkyard.

The result is beautifully poetic, and the closing sequence delightfully melancholy. O’Neill has gifted us another short film to remember and it is exciting to know that he is just getting started.