Sixteen-year-old Katya Liu is determined to increase her bust size before a study date with her science lab partner.
READ REVIEW
Next Previous 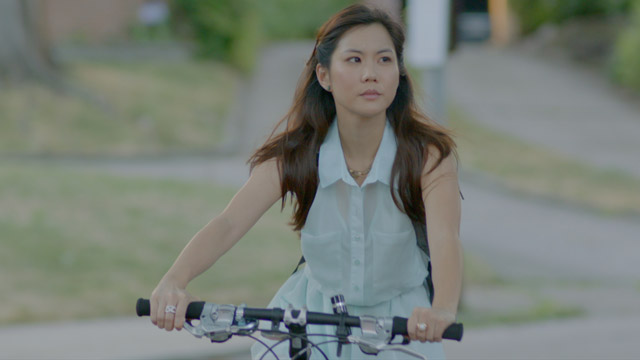 Recently, we’ve been featuring a lot of coming of age shorts on the site. And, as varied as all these films are, they have one distinct thing in common—they’re centered around male protagonists (though, there is this excellent exception). This begs a pretty basic question: what about the girls? Fortunately, director and writer Yulin Kuang proves that adolescence is just as awkward for those with two X chromosomes in her charming film, The Perils of Growing Up Flat-Chested.

Not to belabor a point too much, but when you think about it, it’s amazing how few films out there approach the topic of “growing up” from a female perspective. Movies and television shows are saturated with clumsy, young male protagonists who awkwardly fumble in their efforts to get the girl. As such, Kuang’s film just feels so damn refreshing—an honest and entertaining look at a girl working through her own confidence issues in order to get the boy. Beyond that, Kuang makes this experience feel universal. I realize it may sound a bit hypocritical considering how much I’ve harped above about the need for gender equality in films, but ultimately, this short works because the sex of the lead doesn’t solely define the story. Rather, the narrative is derived from the strongly developed characters, who contextualize the overall experience of adolescence with warmth and wit.

Although the film is definitely on the “cute” side, it’s really hard not to be won over by its charm. The lead is played by Irene Choi (that’s the other Annie from Community for you TV nerds) and she’s a relatable/adorable protagonist. Her male counterpart, played by James Wolpert (he’s a current contestant on NBC’s the Voice and also composed the original songs used in the film), solidly inhabits the geeky boy prototype spawned from snarky internet culture and too many reruns of Dawson’s Creek. He’s the love interest for the modern generation, pop-culture catchphrase t-shirts and all.

Director Kuang shot the film in summer 2012, utilizing funds from a local production grant she won in Pittsburgh. As Kuang states, “Mostly, I just wanted to make a movie I would have wanted to see – or rather, should have seen – when I was sixteen.”

To that end, Kuang has released the film online. Although it screened at a variety of fests (including the 2013 Palm Springs International ShortFest), she quickly realized she wasn’t reaching the viewers she wanted to connect with. “The audience who I think the film is most relevant to right now isn’t going to film festivals, they’re watching TV on their laptops, discussing their favorite web series on Tumblr, sharing web shorts on Facebook. So I decided to make an online premiere, because at the end of the day, I really want the people I made the film for to see it.”

Essentially, it’s an argument that we at Short of the Week have been making for a while now.  As for Kuang, her next task is conquering YouTube, with her penchant for serialized, adolescent centric stories. She recently co-founded a new YouTube channel, Shipwrecked Comedy, which focuses on telling short historical, literary, comedic stories in a cinematic way. Beyond that, she’s in post-production on a short film, Irene Lee, Girl Detective, about a 7-year-old girl detective who sets out to solve the Case of the Missing Mysteries one boring weekend. Her current plan is to post this online once it’s completed, rather than waiting out the traditional festival circuit. Here’s to a new media revolution!