A year in the life of a guy and his car. A funny/romantic/tragic short film.
READ REVIEW
Next Previous 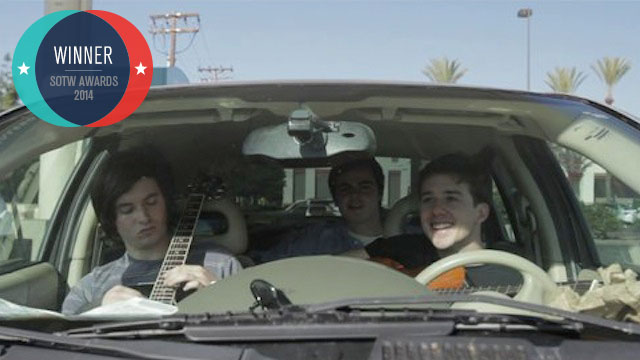 Jason B. Kohl
One of the greatest difficulties in short film storytelling is the question of scale. Hitchcock once said that dramatically, feature films are a lot closer to short stories than novels. So where the hell does that put short films? Are they like micro-short stories? A single scene? How much story can you fit into a short film? How much should you? Everyone has seen the short film with nineteen characters and seven half-finished plot arcs. “If only,” these films scream, “if only you’d let me make a feature this would all make sense!” We all know what that feels like, but still, how much story is enough? Fortunately we contemporary human beings are not the first people to ask these questions. Aristotle, grappling with the very same question, proposed what he called the three classical unities. Now obviously there’s a lot of wiggle room in all of these, but I’ve always found them a great place to look when you’re trying to describe why certain short films work. We’ve featured all kinds of shorts that function on these principles, from Sikumi (Time/Place), to I Love You Sarah Jane (Place) and countless others. When used properly, the unities help focus things, and focus is something all short films need. Orange Drive is a great little comedy that takes the unity of place to a wonderful extreme; the camera is quite literally attached to the hood of a car for (almost) the whole movie. The film follows a year in the life of a guy and his car. This allows a lot of leeway in terms of story. If you look at Orange Drive’s plot, there’s a lot going on for a ten minute short: the guy falls in love, out of love, fights with his best friend, gets a job, has an affair etc. What keeps us from going bonkers with confusion is simple the unity of place (combined of course with great directing, acting and cinematography). The film very quickly creates its own world and style through editing, lighting etc. that allows us to sit back and enjoy the highs and lows of our unnamed protagonist. When I saw this film a few years ago at UCLA I immediately went up to the director, Mark Lester, to ask him if he’d thought about an online release. It felt like the kind of film that was made for online: a short, funny movie with a highly successful concept. It took me longer than it should have to find it again, but I’m very happy to finally present it to you. If you look at the credits you can see that Mark wrote, directed, photographed, edited, sound designed and VFX’d this film for about as much as most graduate film students pay their caterers. Currently he’s producing and directing a variety of comedy content as part of a collective called The Wait List. I’ll be excited to see what comes next.
Vimeo Mark's Tumblr
LIKE TWEET