A touring band member and his bohemian beaut are unexpectedly reunited on a Brooklyn street and share a short time together in the city’s boroughs.
READ REVIEW
Next Previous 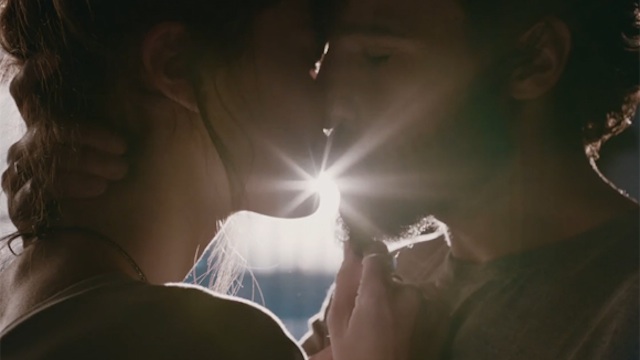 Roshambo, a fashion film by boho fashion retailer Free People, tells a honest-to-goodness story and I’m thankful for it. As you can surmise by the paucity of fashion picks featured on the site in recent years, I have had issues with the direction of the form. One of my main criticisms is the lack of narrative storytelling and, somewhat relatedly, a lack of emotion. Roshambo fills both needs nicely, its intense and spontaneous romance surrounding a serendipitous and inspiring encounter, is related to the audience with directness AND panache.

While even this film, at a mere 3min33secs, can’t fight shortening runtimes which have squeezed much of the storytelling out of the genre, the brevity of the piece is effective for telling the story. Much of the credit must go to Ryan McKenna, an editor at the post-prodction giant The Mill, who was entrusted by the directors Jonathan Doe and Guy Aroch with constructing the narrative based off freeform and imrovised night’s of shooting. The edit is lean—all connective tissue excised in favor of rapid-fire scenes of playful courtship—the entire film possessing a headlong propulsivity which mirrors the racing emotions of the characters. It is a montage to admire; in terms of passion, it is superior to almost all the time-compressed interludes inserted into modern romantic films, plus it manages to elegantly fold the setup into itself as well.

The immediacy of the setup was almost certainly influenced by the film’s planned presentation. On YouTube, the film was served as a “skippable” video advertisement in front of other content. Audiences watch the first 5 seconds and then press a button to move on to their intended video, or, if enticed, they can continue viewing the ad. The pressure to grab an audience in 5-seconds is challenging, but an honest confrontation of the difficulty in attracting media saturated, instantly gratified internet viewers.

On screen, actor Christopher Abbot (Girls) and model/actress Sheila Marquez turn in stellar performances, possessing great chemistry together. The shooting style, hand-held and close, often dark due to natural lighting, accentuates the intimacy. If mass-romantic is your style, the type of person who loved Brink, or Division of Gravity, prepare yourself for a whirlwind love-affair of your own today.