The formation of love, and then its disintegration. The cycle of a relationship, told with beauty and empathy.
READ REVIEW
Next Previous 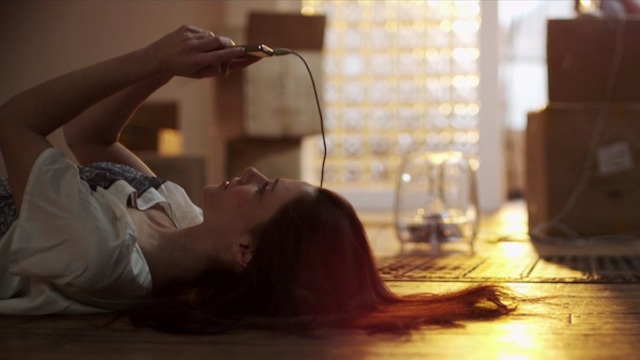 Like a beautiful warning, The Division Of Gravity depicts the tumultuous union, and dissolution, of a romantic relationship. Exploring the young marriage of a workaholic photographer and his new bride, director Rob Chiu uses gorgeous cinematography and breathless editing, combined with a keen sensitivity towards the fragility of love, to deliver timeless advice with the very medium that often consumes artists’ lives and leaves those they love in the dark.

Via rich visual, auditory, and narrative montage, the film exposes us to the far too common timeline of a romantic relationship. Stunning film techniques lure us into the irresistible rush of a developing relationship, yet we can’t seem to turn away when the true human issues develop that predictable momentum and the dynamics slowly shift from confident joy to insecure despair. The Division Of Gravity tactfully, honestly, and tenderly, navigates the beautiful and sometimes sloppy course of human relationships with a precise balance of visual aesthetics and emotional risk.  With a classic theme, The Division Of Gravity is a modern and poetic piece about the real insights that we have the opportunity to learn from one another even as a relationship falls apart.

Why does the drama in this piece work? The Division of Gravity is a film which invites the viewer to connect with the film naturally.  When writers simply just shotgun drama into a short, it doesn’t work. Chiu doesn’t rush the emotional pace of this film; he allows the drama some breathing room.  As Rob creates dramatic space, he gives us time to process and empathize with the characters and their emotions.  He also doesn’t let any one of the forms dominate the film.  While the narrative, the music, and the cinematography hit their marks, each is discreet while inviting us to connect with the story on our own terms rather than demanding that we do.

Chiu is represented in the UK through Stink, and has produced quite a bit of commercial work over the last couple of years. However it is the striking look, and emotional intensity of his narrative work—Division of Gravity, and before it, Fear/Love—which has sealed his reputation on the internet.  A visual stylist, Chiu began his professional career in design and motion graphics, a sensibility which expressed itself well in his 2005 animation, Black Day to Freedom, and in his lauded 2007 title sequence for the prestigious OFFF festival. Collaborating again with DP Paul O’Callaghan, Division of Gravity is an undeniably beautiful film, but it is the emotional arc, and growing maturity of Chiu’s storytelling which elevate the work, and make Chiu a filmmaker worth paying attention to going forward.