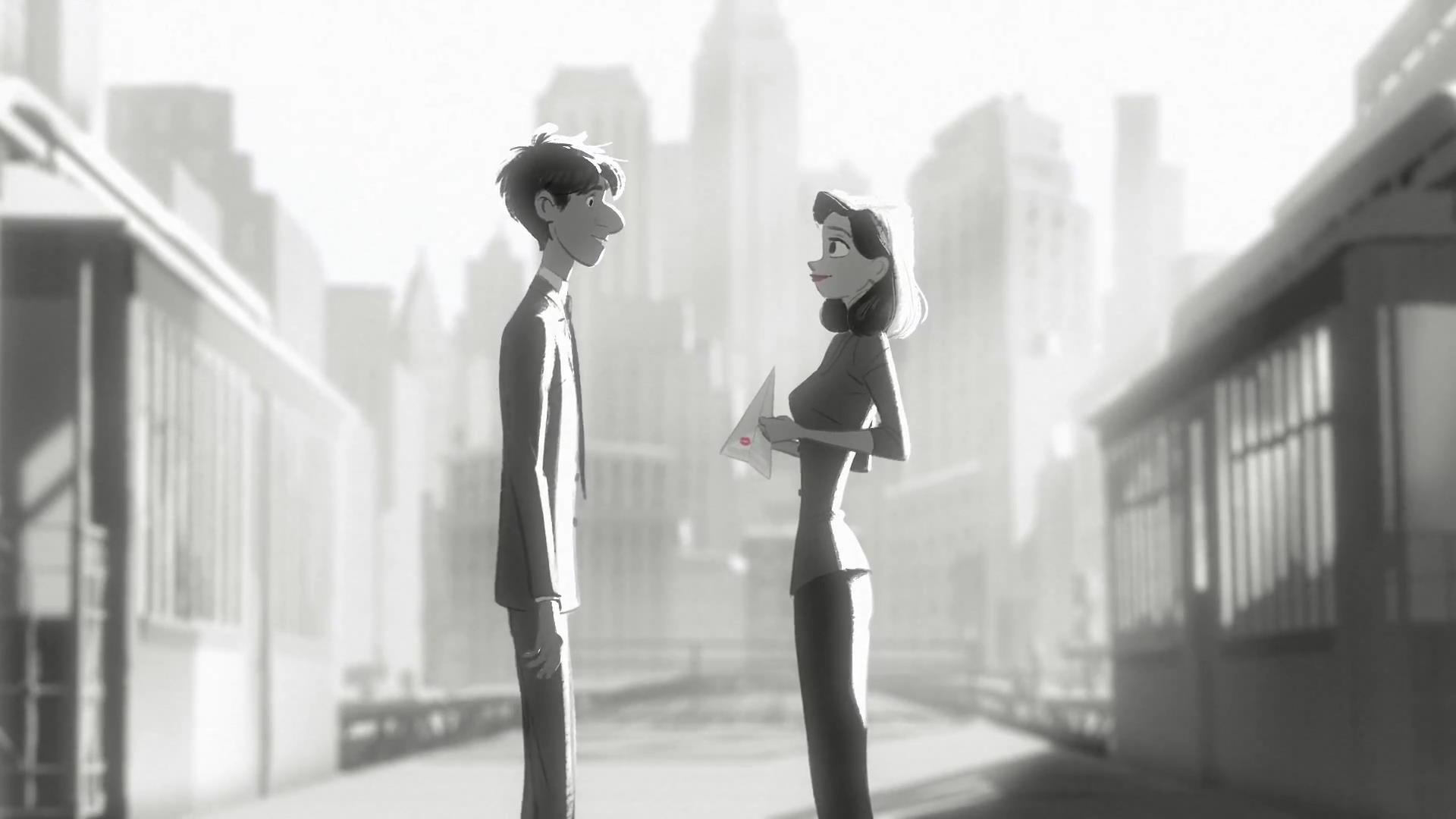 For the second straight year, the favorite in the Oscar Short Subject: Animation category has appeared online. The Fantastic Flying Books of Morris Lessmore only lasted a week before before the various contractual obligations of the nominees’ theatrical run and iTunes sales convinced Moonbot Studios to pull the film back. Will Disney buck those forces though? You should probably watch Paperman right now!

Uploaded yesterday to the disneyanimation YouTube account, this groundbreaking short film is surprisingly now available for free public viewing. A sweet tale of love at first sight, the 6 minute short is a gorgeous experiment in black and white classical-looking animation that nostalgically revives the timeless Disney-style of character animation and design.

The key phrase is “classical-looking”. The buzz of animation circles for well over a year, Paperman is the beta test of a potentially momentous shift in animation technology. Using 3D modeling to create the world and models, 2D hand-drawn animation is directly applied to the image in a novel new process developed in-house. French schools have been experimenting for a while with 2D aesthetics in 3D, most notably Bastien Dubois’ Oscar-nominee Madagascar: Carnet de Voyage, but this takes the proceedings to another level of loveliness. I had the pleasure of attending the one of the creator’s hour-long presentations about the development of the short, and it is a very exciting breakthrough. Disney has shared a series of short clips about the process, which I encourage you to check out.

While animation-geekery has powered most of the Paperman buzz, narratively it is a very refined and cute story worthy of highlight outside of technique, and fans of romantic comedy and, of course, older Disney features will take great pleasure in the work. Counting myself in both those categories, I do love the film, and hope you will as well! Kudo’s to Disney for making the film widely available.