Stanley's life runs like clockwork, until a chance encounter with a mysterious girl turns his world upside down...
READ REVIEW
Next Previous 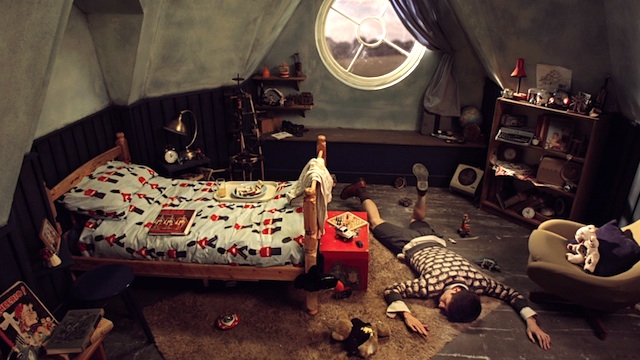 If I am able to effectively communicate two things about Vicky Mather’s lauded 2010 graduation film, I should be able to convince to you to watch the 11min piece, and you will thank me for it.

First a plot summary; an original fairy tale, Stanley Pickle is a genius recluse existing in a mechanical world of his own devising. Having automated every element of his surroundings through a complicated system of windup engineering, Stanley’s world is a rigid one, expelled of surprises or genuine interactions. From his window however he glimpses a carefree woman who disrupts his comfort and causes him to slowly withdraw from his comfortable coccoon.

Now, the two things I need to convince you of. First, the production levels are astounding. Animated in a pixilation style (live-action stop-motion) the execution is right up there with noted efforts like Zaramella’s Luminaris or King’s Ten Thousand Pictures of You. The pixilation, necessary for some of the effects, also aids the story, as the unnatural but clockwork motion complements the mechanical motif. Also the art direction might be even better than the animation. Drew Calden, in his shorts shorts and fabulous sweater, looks like a Jamie Travis protagonist all grown up, and the splendid sets of the house pop in brilliant retro-style and color.

Secondly, despite story elements that I generally consider red flags (boy who doesn’t want to grow up, manic pixie girl who sets him free), Mather weaves morbidly funny elements directly into the fabric of the story. Stanley’s dad pops an eyeball into his coffee cup and its creepy and awesome. Plus it’s not even the best example. This darkness helps to harden the edge of film, steeling it against a propensity towards cutesy cloyingness.

The film had a really lengthy and notable festival run, winning at Raindance, Edinburgh and LA. Mather was selected by BAFTA to be part of “Brits to Watch” a film gala in LA, and sitting next to Andrew Stanton and Chris Evans with Tarantino in the audience, was an experience she cheerfully recalls. The praise got her representation at Aardman’s ad division where she is available for commercial projects.  The film has spent much of the last year behind the paywall as part of Shorts International’s iTunes catalog, but today marks its online debut on Vimeo. Hopefully the attention will provide this rising star an even bigger profile boost.