The distances we go to prevent the ones we love from changing in this short from famed concept filmmaker, Nacho Vigalondo.
READ REVIEW
Next Previous 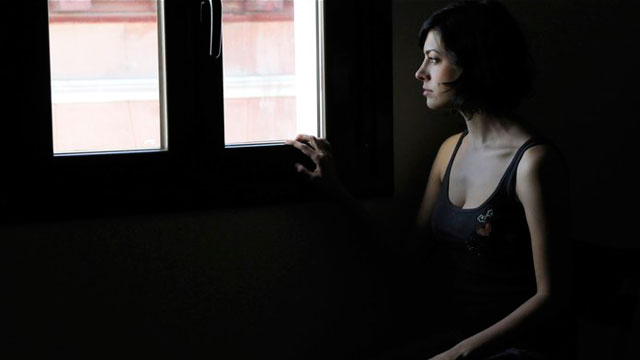 Here at Short of the Week, the release of a feature film gives us a great opportunity to highlight a director’s shorter scale works. So is the case with Marisa from Nacho Vigalondo, whose new film Extraterrestrial is now in limited release and available On Demand. Vigalondo is no stranger to the short film world—his 2003 short 7:35 in the Morning won an Academy Award and was featured on this esteemed site.

Vigalondo is a master at marrying incongruous concepts—whether it be accidental time travel in his indie feature, Timecrimes, or terrorism, musicals, and romance in the aforementioned 7:35 in the Morning. Marisa fits well into the filmmaker’s oeuvre—a touchingly absurd combination of genuine emotional connection with the fantastical. Essentially, he makes the intangible tangible—the impossible relatable.

Vigalondo is an idea filmmaker—a director and writer whose work is defined less by its visuals and more by its concept. But, all that would mean nothing if the execution wasn’t strong. Fortunately, with each film, Vigalondo manages to find unique and smartly-scripted approaches to each abstraction. The hook with Marisa is a man who falls in love with a woman who is actually many women—changing her persona based on something as fleeting as time and place. It’s an odd idea to be sure, but Vigalondo manages to make the esoteric approachable.

“I could find Marisa by her position in relation to the Earth’s axis. But now everything was much more more complicated… To find her I had to locate the exact place and the exact moment as well.”

As with the best short films, Marisa uses its unusual conceit to elucidate a larger theme—the idea that we go to great lengths to prevent the people we love from changing only to discover that during the journey, we ourselves have changed. Marisa does this with simple cinematography and a brief runtime—proof that Vigalondo is an expert at boiling down high concept ideas into their purest form without pretension or lofty aires. Starting with an almost clinical, scientific style of narration, the film slowly builds to an emotional climax. Simple cuts transition from one woman to another—all of whom are Marisa. We watch as the narrator’s true love literally changes before his eyes. The result is a heartbreaking realization that in an effort to prevent change, we only succeed in enabling it.

Still interested in Vigalondo’s short form work? Be sure to check out Domingo (Sunday), a short film that is thematically connected to Extraterrestrial. As with all his work, Domingo uses an out-of-this-world situation to evoke universal themes. And, it’s hilarious to boot.