Can the dead truly take revenge? Taylor seeks to hide his sins in hopes that they will go unnoticed and become no more than a dirty little secret...
READ REVIEW
Next Previous 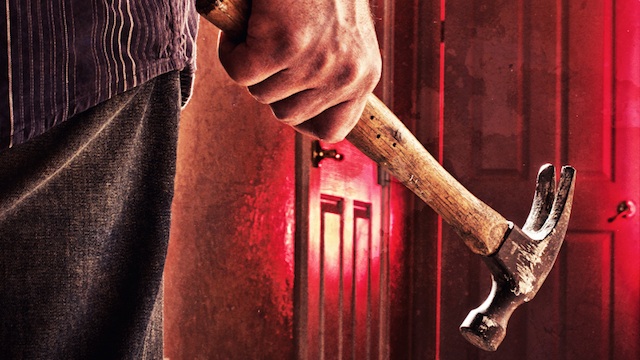 Ladies and Gentleman, the game is changing. A few years ago, a movie like Ryan Connolly’’s Tell never would have a found an online audience–at least not immediately. After all, a low-budget, 32 minute suspense-driven horror film streamed on YouTube doesn’t exactly scream internet success. But one day, thousands of youtube views, and hundreds of comments later, it’s clear that the type of content we are watching online is no longer restricted to cat videos and roller skating chimpanzees. Bloody, psychological suspense thrillers are now fair game.

Tell’s road to completion is a long and interesting one. Connolly is the host of Film Riot and Film State, two popular internet shows produced by Revision3.com (which was recently purchased by Discovery Communications). And, like Dan Trachtenberg before him, Connolly has managed to develop a unique internet niche–a podcast following that eventually led to the release of more substantive cinematic content. In Film Riot, Connolly details low budget techniques for the amateur filmmaker, and Tell seems like a natural culmination of his bi-weekly online film school–a long form extension of the tips and tricks he advocates.

But none of that background would hold much weight if the movie wasn’t very good. Fortunately, it is. It’s damn good: a gripping Poe-inspired suspense/horror film filled with striking camera movements and strong cinematography. At 32 minutes, Tell isn’t your usual internet fare, but for some reason, that’s refreshing. Throughout its prolonged development, Connolly never altered his vision. This is the narrative he set out to make, and he never let free internet distribution change his path. And, while I don’t necessarily think the lengthy run time is completely justified, the film features several sequences that are pitch-perfect in their pacing.  A long-take in the first few minutes of the movie is an especially notable accomplishment, a combination of craft and suspense to make Alfonso Cuarón jealous.

Connolly’s do-it-yourself pragmatism is evident with almost every aspect the film: a single, readily available location, a small cast, no showy special effects.  It’s the amateur filmmakers handbook played to perfection, relying on classic methods of suspense to grip the audience–the kind of flick where you cover your eyes with your hands, but still peek through the gaps of your fingers. Connolly specifically chose to shoot the film on an HDV camera with a letus 35mm adapter as opposed to a big sensor DSLR in order to capture the grain of old-school horror movies. It works. The mood of the film is precise; the cinematography and color grading are both technical high points. Contributing to the overall mood is the film’s score, a fantastically eerie soundtrack from UK based composer, Daniel James. Upon completion of the project, it took Connolly 6 months to locate and finalize his post audio team. The wait was worth it.

Tell’s road from conception to your computer monitor has been a very public one. On Film Riot, Connolly has been very open about the entire filmmaking experience, providing several behind the scenes vignettes detailing both the production and post-production process. Instead of making his creative journey a private one, meant to only be shared with his small crew, it has become the shared story of thousands.  This sense of community places the film in a very unique place–an arena where exclusive festivals have been replaced by a social environment. And, while it’s true that not every filmmaker is going to have the same sort of built-in following, it’s promising to think that a standard festival run is no longer a requirement to get noticed.  Ryan’s show is about giving filmmaking tips to the average Joe, so it’s fitting he would release his movie on a platform where he/she can watch.

Tell isn’t perfect: I have issues with the performances of all the female actresses and I wish there was more character development for a 32 minute piece, but as a work of suspense this is something special. It’s gripping, visceral, and very well shot.  Has Ryan Connolly pioneered a new approach to cinematic creation on the web? I guess only time will Tell.