The current limits of science are a lot further than you might imagine when it comes to human modification. Join the "Eyeborg" has he explores what's cutting-edge, in this unique branded film promoting the video game Deus Ex.
READ REVIEW
Next Previous 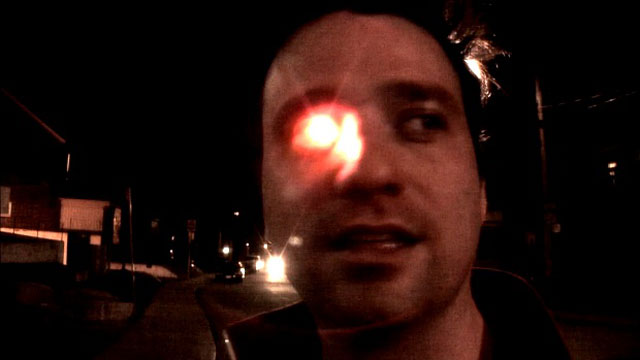 Continuing the branded content kick we’ve been on starting with Monday’s Top Ten Branded Films Playlist, I present you the recent viral hit Deus Ex: The Eyeborg Documentary, one of the more unique projects to come out of this growing trend.

Rob Spence, otherwise known as “The Eyeborg” is a filmmaker who has attracted attention for inserting a camera in his head in the place of a missing eye. He’s been working to make a documentary through his Eyeborg Project for a while, seeking to highlight individuals and scientists who are on the cutting edge of human modification. Square-Enix, the huge video game developer saw a unique promotional opportunity, and gave him some money to tie the Eyeborg Project into last month’s launch of “Deus Ex: Human Evolution”, the new blockbuster video game whose main character just happens to be, you guessed it, a cyborg.

The result is flashy, a bit cheesy, but very interesting. It has the intrinsic appeal and much the same feel as a Discovery-channel show, where you simply get to geek out on all the neat science. Branded documentaries aren’t really rare anymore, but whereas Absolut just wanted brand proximity to coolness (Jay-Z in NY-Z) and Intel wants you to believe that their product lets cool people do cool things (Kitty and LaLa, The Sartorialist), this is the first one I’ve seen to directly engage the product itself thematically, drawing out and developing a tangential theme of the product. It’s pretty clever, allowing Sqaure-Enix to have it both ways—unlike many branded films the product is front and center throughout the film, but it is organically woven in and thus is not a product presentation or blatant advertising. Nice work guys, and nice work Eyeborg!