A night on the town turns deadly for three sentient plants, escaped from the botanical garden they called homed.
READ REVIEW
Next Previous 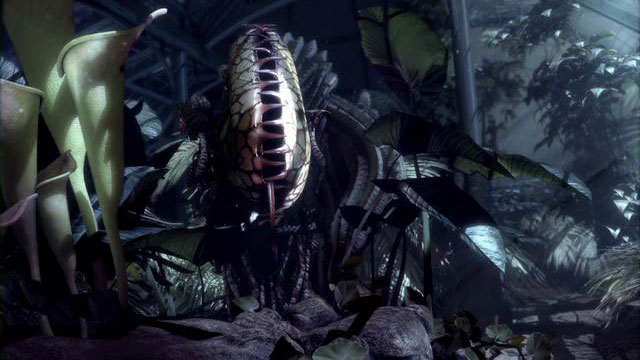 I wasn’t kidding when I said on Facebook that we’d be watching Supinfocom films all week. Botanica Liberta is another graduation film from members of the 2010 Arles campus class, joining yesterday’s feature The Makeover. All the films have now trickled online, so look forward to more in the upcoming days, we’re only getting started!

Botanica Liberta is a lushly animated short film and occasionally a darkly funny one. Like its scholastic brethren, it is breathtakingly beautiful, but more so than any of their classmates, the team of Florian Caspar, Frederic Conil, Nicolas Malovec et Daniel Schiano, veered toward a mature, video-game aesthetic for their 3D. The results are beautiful, with great lighting, as dim train stations and lonely street corners are illuminated by neon and streetlights.

The story centers on three plants on the lam: a cacti, a venus fly trap and a tree. The three get split up soon upon escape and proceed to have rather different adventures during their night of freedom— falling in love, going on a murderous rampage, and committing grand theft auto respectively.

In style, the film is an interesting mashup, combining the photo-realistic 3D of early to mid-2000’s Supinfocom student work with the action/chase sequences that have dominated more recent output. Both elements are handled deftly, but as will become a repeated refrain during this Supinfcom series, the story suffers. The central sin of the film is quixotically its neatest elements—its characters. Their design maintains such verisimilitude to their real-life  models that it is really quite hard to establish connection with them, they are so foreign. Nor does the screenplay do them any favors, denying them much development. It is an endemic flaw to these student shorts which privilege style over substance, but visualizing the escape, showing 3 individual plot developments plus a finishing chase within 7 min leaves almost no room for character exploration or backstory. Why did they leave the garden? What is their relationship to each other? These are unknowable.

Still, of all the films in this class, Botanica Liberta, might just take my vote for sheer gorgeousness, and as a fan of the unexpected and the macabre, I am tickled by the idea of rampaging vegetation wreaking havoc in the city, eating mimes and saving babes. You may not really get to know these verdant outlaws, but you’ll have a fun time watching their exploits.