Everything is a Remix Part 3

Part 3 of Kirby Ferguson's brilliant Everything is a Remix series deals with the origins of creativity.
READ REVIEW
Next Previous

Everything is a Remix Part 3 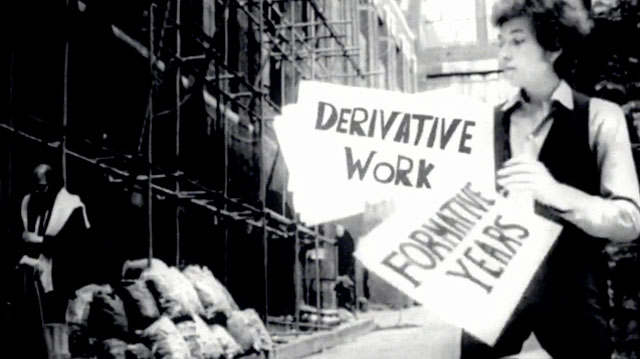 Part 3 of Kirby Ferguson’s brilliant Everything is a Remix series is out. This one is a doozy, as the ambition and scope of the project begins to fully express itself, this time dealing with the origins of creativity. If you’re new to the series you should catch up—Part 1 was a past feature review, and includes a link to Part 2 as well. Andrew talked with Mr. Ferguson shortly after that review, so read our Q&A as well.

If you’re familiar with the series, then watch this second to last effort, but also take time to pause and marvel at Kirby Ferguson’s skill in creating an audience around this project. Released just hours ago, it will garner 100k views probably before the day is out. Speaking directly into the camera at the end of segments, and through reaching out with Twitter, Kirby has developed a solid rapport with his audience and treats them to great bonus content on his website. The site is also a platform for soliciting donations and multi-platform sales. A real model for DiY Indies nowadays.

The 4th and final installment is slated to be released in the fall.