Blood On My Name

A dark western musical from the team at Whitestone Motion Pictures.
READ REVIEW
Next Previous

Blood On My Name 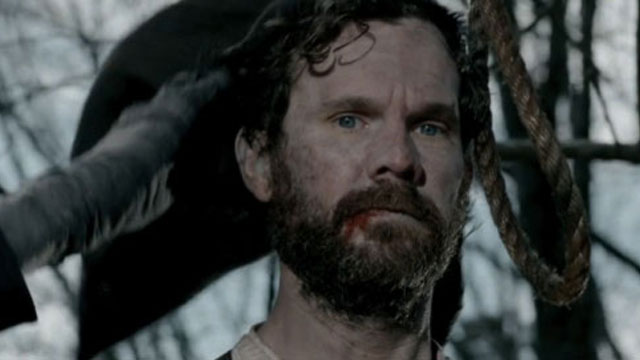 One of the continual pleasures of this site is to track the improvement and evolution of talented filmmakers as they undertake the process of expanding their skills, developing their voice and growing their audience, until hopefully, with a bit of luck, they become household names. Few make it all the way there, but I wouldn’t bet against Brandon McCormick, a talented guy who creates films out of Georgia through his company Whitestone Motion Pictures.

We’ve had the pleasure to discuss two of his previous films, the tender and melodramatic musical That’s Magic!, which had the pleasure of being included on our 2009 Ten Best List, and his 2010 Doorpost Project Finalist The Candy Shop, a 30 minute, fantastical allegory on child sex trafficking, that garnered a surprising level of buzz a couple of months ago, including a writeup on /Film.

McCormick’s films are unapologetically “uncool”. I mean really, It’s Magic! is a Victorian-era musical! Candy Shop is an earnest film with a social message—not exactly attempts to bait Hollywood. But, that might be precisely why we like him. Blood On My Name, combines some of these inclinations, being a dramatic Western with themes of forgiveness and redemption. Oh yeah, and singing too.

While uncool in premise, What Blood On My Name manages to conjure taut suspense, displaying the finest acting I’ve see in a Whitestone film and generating some goosebump moments. Getting off of a soundstage is good for McCormick, as the cinematography, shot in the mountainsides, is excellent and enjoyable in way movement through space is imaged. Coming quickly on the heels of The Candy Shop, which I considered a bit of a misstep, the team at Whitestone has produced perhaps my favorite of their films. Check out extras at the film’s website, and follow their work on Twitter and Facebook.