A triptych of personal stories recounted in the first person, Lies is a remarkable and profound series of animated vignettes dramatizing "lies"—ones we make to strangers, ones we tell to those we love, and the ones we use to convince ourselves.
READ REVIEW
Next Previous 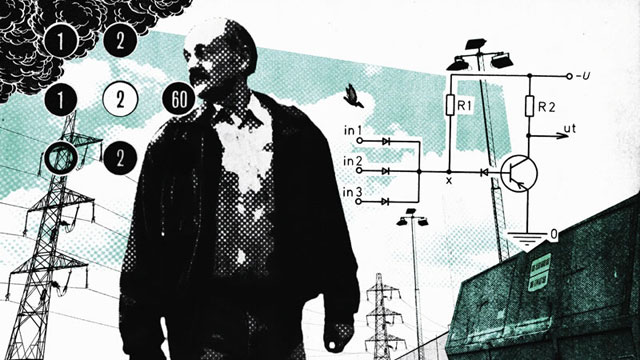 A triptych of personal stories recounted in the first person, Lies is a remarkable and profound series of animated vignettes dramatizing “lies”—ones we make to strangers, ones we tell to those we love, and ones we use to convince ourselves.  Each segment is distinct, utilizing its own aesthetic technique, put together the whole serves as a marvelous showcase of director/animator Jonas Odell’s creativity and mastery of media, as the film is a smorgasbord of typography, motion graphics, photography, rotoscoping and 2d  and 3d animation.

I name-checked Odell in my recent review of Avatar Days as one of the standard bearers of the animated documentary. Lies is a continuation of the episodic style he first established in 2002’s Family and Friends, and continued to great acclaim with 2006’s Never Like the First Time (soon to be on dvd!). In that latter film, Odell had his collaborator Benjamin Wolff conduct over 30 interviews in which friends and strangers alike recounted their first sexual experience. Odell picked four stories for that film and edited the often lengthy interviews down to 3-4 minute clips.  It is likely that the three narratives of Lies were gathered in a similar way.

In part one a con-man recounts the story of a particular crime that took an unexpected turn, where, rather humorously, lying looked like his only salvation. Part two begins with a crime as well, but it is a man recounting one day in his youth when he took money from his mom’s purse. The third and most emotional of the three recounts is a full biographical sketch of a woman—from a youth running from her heritage, to a teen running from her foster homes, to ultimately a woman running from her life and kids into the arms of drug abuse. The three segments are unrelated, and yet complement each other nicely. Aside from Odell’s fantastic animation, they are each individually captivating simply from a story level as well. This is not an empty exercise in technique, each film succeeds in causing some sort of reaction, be it through humor, self-reflection, or simply empathy.

Lies was received to huge acclaim on the festival circuit in 2009, winning Sundance that year. Success has been no stranger to Odell however since his commercial breakthrough in 2004 directing the music video for Franz Ferdinand’s nearly perfect single, Take Me Out. He’s been in great demand since, most recently evidenced by the video he did this year for The Rolling Stones’ re-release of Exile on Mainstreet. However despite his demand in graphics and commercial media, Odell has stayed strongly loyal to the short film medium. His latest film, Tussilago, is currently winning awards on the festival circuit, and despite my not the having the chance to see it yet, early word on it is fantastic. By all means make time if it comes through your town. You can check out clips from it at Odell’s Swedish production company FilmTecknarna.