In a brand-new initiative, Kickstarter, the influential company that popularized crowdfunding, will be throwing their institutional weight behind short films in the month of March with a new program called Long Story Short that will celebrate the medium and provide special support to short film projects on the platform. To learn more about the initiative and what it means for short filmmakers, S/W Editor-in-Chief Jason Sondhi talked this week with Liz Cook Mowe, the company’s Director of Documentary Film. The conversation below has been edited for clarity. 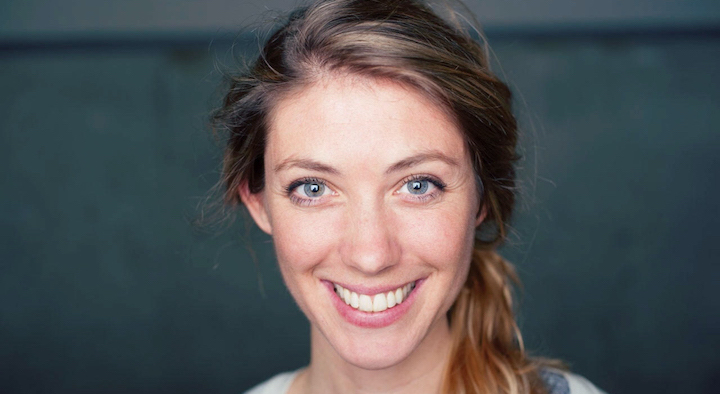 So Liz, tell me about Long Story Short. I’ll just let you monologue a little bit since I don’t know too much yet.

Sure. So, Long Story Short is an initiative that we’re kicking off at Kickstarter. We are asking all filmmakers with short films that they’re working on to launch a project in March. As part of that Elise McCave, our Director of Narrative Film, and I have created a compendium of educational resources for filmmakers thinking about launching campaigns to help guide them through that process and make sure that they’re completely set up to succeed. Then in March, we will be spotlighting short films in a really concerted effort from the brand standpoint. Kickstarter’s editorial team will be using that month to highlight short films that are on the site, so they’ll be getting a lot of attention.

Now, is this any project that’s associated with short film? So whether it’s for production or post-production or festival travel, all of it’s eligible?

Cool. And how does a filmmaker get their project on your guys’ radar? Do they have to specifically apply or do they just go about forming their projects as they would any other one?

They can go about forming the project the normal route, but we’ll ask them to choose Shorts as their subcategory. So it would be under film, subcategory shorts, and it will automatically populate onto a custom landing page.

Gotcha. And you guys are going to exercise some sort of editorial on top of that? You automatically include the projects in the landing page, but then select projects may get blog pieces or other editorial features?

Yeah, there are lots of different channels of support. There’s going to be newsletters, social media posts highlighting different projects, and a dedicated landing page for the initiative. There are several different types of newsletters too – a film-specific newsletter, but also broader-reaching newsletters that go out to millions of subscribers interested in projects across all categories and these shorts will be featured as part of that.

I’m curious about these bespoke educational materials you mentioned. Will these be exclusive to creators who partake in this program or do you think that they’re going to be public eventually?

They’ll be public starting on the ninth, January 9th. The idea was really to hone everything that we’ve learned over the last 10 years that is very specific to film, but also just sort of frequently asked questions that Elise and I get from filmmakers all the time and just make a dedicated resources page. This is, I know, not a rocket science idea, but up until now, we’ve really only had the creator handbook, which is, broadly speaking, Kickstarter best practices across any category. Our idea was to really cater these bespoke resources to filmmakers and everybody involved in the filmmaking process to make it all as clear as possible.

You guys have had a ton of success stories with shorts just this year, Hair Love is most likely going to win an Oscar, in my opinion, but is there a special reason that you want to focus on shorts? What is the importance of shorts to Kickstarter and to the larger film ecosystem on your platform?

Shorts occupy a major piece of the film ecosystem on Kickstarter. It is the fourth largest subcategory within film. First are documentary and narrative, (and there are shorts within those as well) then the third-largest category is the default, which is just film and video. Shorts also have a much higher success rate on the site. Generally in the last five or so years, the success rate for a film project is around 41%. For shorts, it’s about 62%.

They have typically performed really well and they have crazy stats. Short film projects that get support from at least 25 backers are 89% successful. I think a lot of that has to do with the fact that, for the most part, shorts have typically smaller budgets so their goal size a little bit more achievable. We’ve also seen a lot of these shorts go on to do big things. Like you said, Hair Love is in the running for an Oscar nomination and fingers crossed that that comes through. Lavender was a breakout short film at Sundance last year and got picked up by Fox Searchlight. And last Oscar season, Period. End of Sentence was a Kickstarter project that won the Documentary Short Oscar.

Don Hertzfeldt has run a Kickstarter for World of Tomorrow, just really lovely, amazing projects from established filmmakers. So we’re also thinking about Long Story Short, as an opportunity to showcase some of our best and brightest short films that have come through the site and just make it clear that it’s a great place to find funding and community for all levels of work.

If shorts are already more successful than your average film project, again, I’ll come back to why do you feel the desire to give them this sort of leg up with this special platform for the month of March?

It’s a good question. We’ve really never dedicated any kind of resource or celebratory moment around Shorts and it feels totally appropriate to do so. Depending on how it goes, it’s something we might work into our calendar year on an ongoing basis. I also think that for the folks who have short films in them, who are kind of teetering on the edge of “should I run one or should I not?”, this could be a really nice moment to take the leap. We’ll see how it works. It’s a little bit of an experiment for us as well, but we hope to inspire people by showing them that they are joining a cohort of creative and ambitious filmmakers.

So there you have it, Kickstarter is going to be flexing its muscles to the benefit of short film projects in the month of March. A lot of great short films have come to life with the help of the service (here is a far from complete list of shorts we’ve programmed that have had successful campaigns) so if you have a crowdfunding campaign in the works, it would be a good idea to time it to coincide with this push. And, if you’ve been on the fence about one, perhaps this is the nudge you need to get your idea off the ground! For more information on Long Story Short, and links to the educational materials Liz discussed, follow the link below.