With epic science fiction short THE SHAMAN recently released online, Short of the Week sat down with director/producer Marco Kalantari to talk about how he achieved his blockbuster-styled production, managing finances and the appeal of the sci-fi genre.

There’s a fascinating blend of futuristic and bygone worlds at the heart of your story, how did this premise first originate?

We’re all asking ourselves big questions about our future, and I am thrilled by the idea of finding the answers in the past. I wanted to create a science fiction film that has an archaic quality, a cinematic piece that deserves to be seen on the big screen, and goes very deep in terms of the characters and their individual motivations.

What is that appeals to you about the Science Fiction genre?

I am fascinated by the visionary aspect of Science Fiction, the concept of creating worlds, setting the rules in it, forming and shaping characters. This means a lot of work. Before I get into the plot, I will clarify the nature of this world, the lives of the individuals populating it, family structures, law, science, culture, crime. I’ll sit down and write endless pages of character profiles, their background, education, how they grew up in this strange environment and how they found their individual place in it. A narrative world that I build up from scratch demands that I am clear about every detail, every motivation. I care a lot about keeping a logic and emotional connection to our present lives in my utopian stories. I believe good Sci-Fi must have a relatable aspect and a strong high-concept. At the same time I enjoy to bend reality and distort real elements in a way that they turn into a bold, futuristic vision.

To me a history book, a talk with an old couple about life or visit in a museum is thousand times more inspiring than watching another Sci-Fi movie. In this industry a lot of people base a great part of their creativity on reproduction. Of course I also constantly collect references and inspirational material, and get permanently influenced by the work of other artists. But that influence mainly relates to the surface of the cinematic realities I am working on, the look and style of things. The content, the heart of the story should, to my opinion, be inspired by life, by the troubles, hopes, fears and dreams of the people next door. The more fantastic a topic is, the more important is the connection between the heart of the story and the heart of the viewer.

Many science fiction shorts are made nowadays with the aim of developing it from this bytesize format to something grander, but your was slightly different in this aspect, being transformed from a longer piece into something briefer. What prompted this move?

When working on the original concept of THE SHAMAN many years ago, I had written it as a complete length feature film script. I had to realize that at that point in my directing career it was unrealistic to make such a big movie and tell such an epic story, so I had put it aside for a while and worked on other stuff. When producer Josh Weinstock encouraged me to shoot a short film during a meeting in LA in 2013, I decided to take part of that shaman story, and develop it into a compact, intensive short film. It was clear for me that this must not be a mere proof-of-concept, but a stand-alone narrative piece that can entertain and inspire its audience.

THE SHAMAN showcases one of the most impressive aesthetics you’re likely to see in the short film world, was the aim always to go for something so ambitious? And what can you tell us about the production?

THE SHAMAN started off as a small yet visionary project, and ultimately took over one and a half years to complete. I did have a very clear vision from the very beginning and wanted to turn it into reality with as little compromise as possible. If you make a small film, keep it small. But when you decide to tell a big story, you have to get it right and go for it.

On THE SHAMAN I was working as the director as well as the producer, which means every day I had to calibrate the balance between my artistic vision and my financial and logistic possibilities. I generally believe that in low-budget film the advantages outweigh the disadvantages. The trick is to see it that way.

This gave me maximum control over the creative process, but it also meant that I had to carry the entire production risk myself, and finance the film out of my own pocket. It’s a question of taking responsibility. If I have people working on a low budget on my project, then I have to at least give them a great film back in return, no matter what.

“In total we had 7 separate post-production crews working on the film.”

One of the unique aspects of this project is the fact that artists and talents from so many different countries were involved – Japan, Singapore, Taiwan, Ukraine, France, Serbia, Malaysia, UK, Iceland, Germany and Austria. This meant a lot of communication and coordination, but it also gave the production of the film a very special energy.

The film was shot on Arri Alexa, on Prores 4444. This format gave us more flexibility. The offline was done on Final Cut 7, grading and final online on DaVinci Resolve. For the VFX part we worked on all kinds of platforms, 3dmax, Cinema 4d, Nuke, After Effects. In total we had 7 separate post-production crews working on the film. 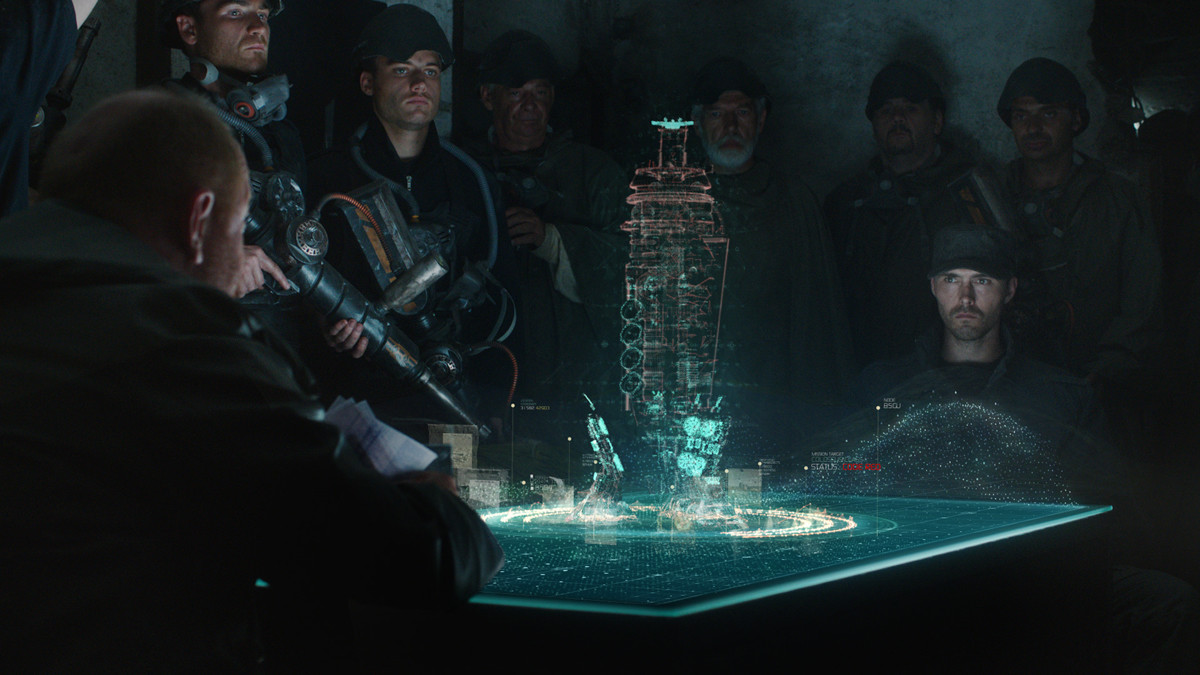 For a short, the film had a sizeable budget ($100,000), how did you go about raising those finances and what did that mean for your production?

I did have a very clear vision from the very beginning, and wanted to turn it into reality with as little compromise as possible. This meant I needed to give this project the production resources it requires. We got some small funding from the Austrian government. The major part of the budget came out of my own pocket. The last 2 years were tough.

Although the budget looks big for a short film at first sight, it still meant that we were under huge pressure during production. As a producer I need to ask myself what are the assets and possibilities I have? Which talents do I have access to? How far can I take my team? How can I maximize the production value on the screen, even if my means are extremely limited? This requires a very creative and flexible way of producing. We got so much support from talents and crew, sponsors and supporters. Without all those fine people the film would have never been possible. So no budget number can truly represent the ‘actual’ cost of this film.

Although the budget you had available will seem huge to many short filmmakers, the scale of production is probably more comparable to that of a Blockbuster feature. How much importance did you give the special fx when it came to creating your aesthetic and what can you tell us about how they were created?

I am actually a rather conservative filmmaker and I believe in the philosophy to create as much as possible in-camera. I also believe that a good location can give the performances of the cast enormous energy. This has always been an essential aspect of my work. To feel the freezing wind in your face, to stand knee-deep in dirt and mud, to brave the harsh environment on an outdoor shoot is an exhausting exercise, but the adventurous factor inspires the entire crew. For some of our scenes we went all the way to Iceland with a micro-team. It was absolutely worth it.

Having that said, THE SHAMAN ultimately required a fair amount of visual effects in order to bring this world to the screen. The tricky thing was the fact that we had 7 different post production crews from different countries working on those shots. Our VFX artists did this in their free time, on the weekends, in lunch breaks. Take the shots of the run-towards-the-colossus scene as an example: The colossus was designed and modelled in Singapore and Malaysia, comped in Berlin and Prague, some of the 3d tracking was done in Ukraine, color-grading in Shanghai, final touch-ups in Tokyo. My VFX supervisor Lau Kia Hau – who is the mastermind behind the complex post-production of THE SHAMAN – and I have never met face to face during the entire 1 1/2 years of production. It’s insane. We have perfected the art of virtual communication.

The crux with every visionary work is, it needs to be 100% consistent throughout in order to fully captivate the audience. Each shot of this world you are creating must be on par with the rest of the film. Those guys did a magnificent job. I’m very proud of the things we managed to achieve.

I am at the moment developing several projects together with UTA and my management Zerogravity. A lot of the stuff I have my hands on at the moment is Sci-Fi- and action-oriented, but I won’t limit myself to any genre. I love to create worlds and place characters with strong emotional conflicts inside them. That was always my strength.