Creating a story set in one of the most revered and heavily scrutinized universes ever committed to screen, you can bet the dedicated Star Wars fan-base is going to have questions. Speaking to director Joe Sill about his latest short Kara, we take a look at why he decided to make a Star Wars fan-film, how we went about creating the impressive aesthetic and what kind of reaction he expects from the franchise’s fans:

We last featured your work on the site back in 2013 when we shared your Dodge College short Expo with our audience, what have you been up to since?

Since Expo, I’ve had a few adventures! I graduated college, realized I had absolutely no idea how to “break” into the creative industry, or how I was going to continue to direct projects. I worked at an FX house for some time before deciding to make a commercial on spec for Tesla (that Elon Musk supported!) that jumpstarted a production company I founded to make more commercials and music videos. There I got to do some awesome work for brands and artists…but when the time came to evolve and really hone in my personal narrative voice, I moved on, and now work primarily in commercials. I’ve begun working on some pretty exciting narrative projects that are under wraps at the moment, and I’ve gotten to travel quite a bit to some really cool places. I am working with talented people that I love — their passion for what they do constantly inspires me. Most recently I’ve been taking massive steps to branch into the narrative industry — which leads to why I did this project. 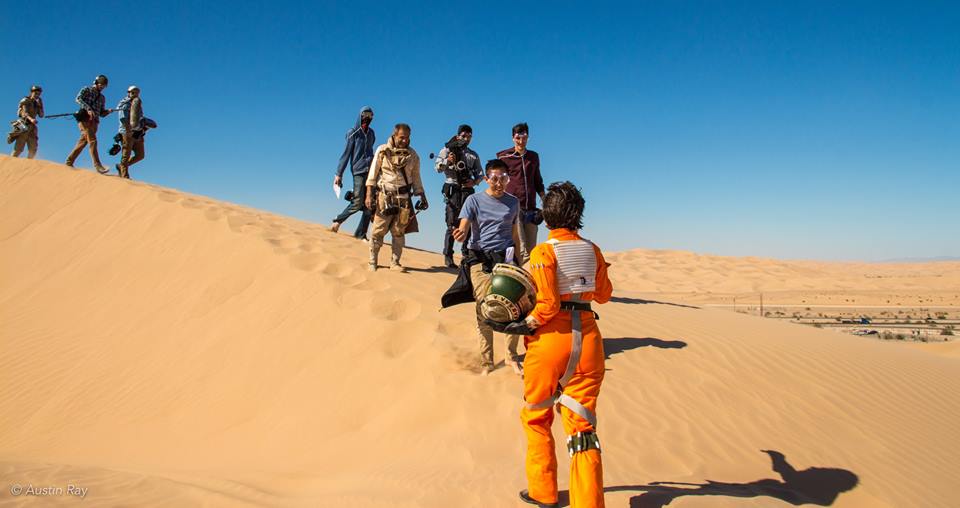 This latest short sees you enter fan film territory with a story based in the Star Wars universe, what made you decide to create a narrative in one of the most famous on-screen worlds ever?

I decided to create a narrative in the Star Wars universe honestly because I’d been doing quite a few commercials last year, and felt the need to tell some stories again. Since that first Force Awakens trailer came out, I got real antsy about its release — I’ve been a SW fan since I was like 5 years old, drawing X-Wings on paper all the time. I don’t know what the “spark” point was, really … I just thought it would be kind of the perfect playground for me to mess around in. It was just like the Tesla commercial for me — I wanted to tell my own story in a universe I knew so well. I wanted to contribute to the world not just by supporting Force Awakens, but by adding my personal voice to it as well. I also really wanted to exercise narratively in preparation for other projects to come! It just seemed like it had to be this way. 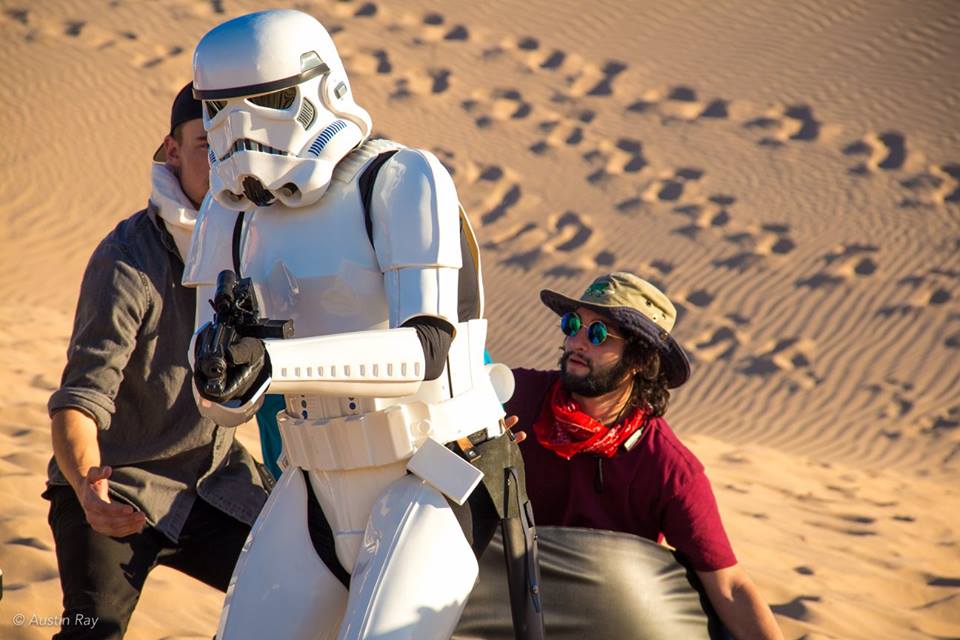 It’s somewhat of an understatement to say that Star Wars is pretty popular right now, how do you think such a loyal fanbase will react to your film and when creating Kara did you feel any pressure from making a story set in such a treasured universe?

I honestly have no idea how fans are going to react. I’ve had friends who are hardcore fans critique this project from draft one, so all I can hope for is that not just the details are accurate, but the overall feeling that SW has always brought comes across — the levity, grandeur and imagination fused with a really strong heart on family and on controlling one’s emotions. I want to make sure it stays true to those themes. I definitely feel pressure since I’m also taking a bit of a difference stance visually what with the handheld gritty cinematography and the more minimal score! I hope people just see this as a different perspective on something we all know.

“It’s the exact type of storytelling I’d love to do on a larger scale, and so this is just a way of exercising that desire”.

What were you hoping to achieve with the film?

I wanted to do a small and contained, visceral and raw story set in the universe. It’s not glossy with beautiful camera moves, it’s rather uneven and shaky in the tone and aesthetic — and this is absolutely intentional. I wanted to put my own spin on it. Not just to change things up…but really to convey my own perspective on the world. I wanted to inject a bit of a darker story and mystery between a pair of seemingly innocent nomads — that somewhere in this crazy universe, this particular story is happening at the exact same time as the other stories.

Moreover, I’m hoping to really just get across my love for narrative filmmaking. I want to do this type of work for the rest of my life. So, this is my way of continuing to chip away at and prove that to myself and others. I also just love Star Wars — it’s the exact type of storytelling I’d love to do on a larger scale, and so this is just a way of exercising that desire. 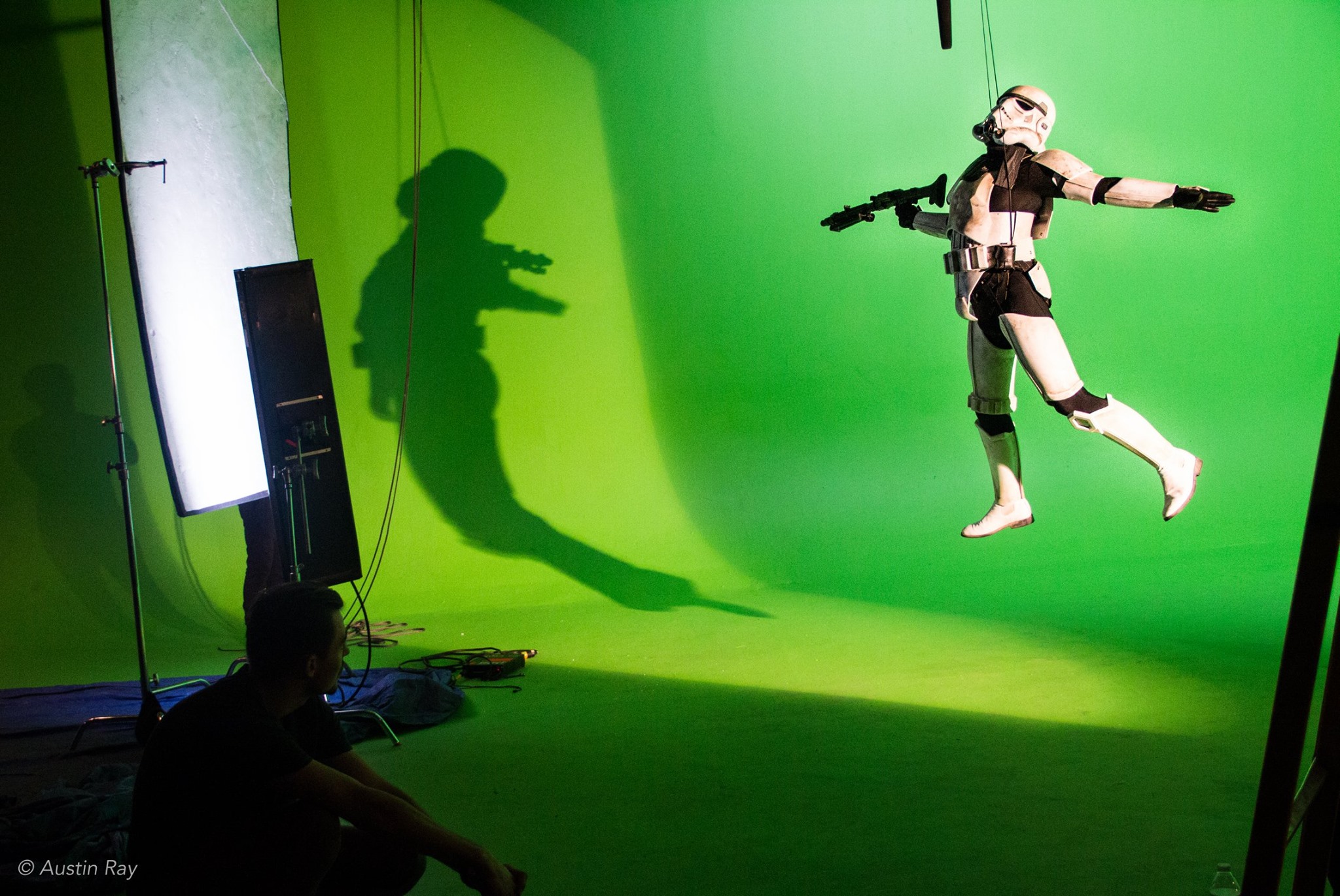 Can you tell us about the production? Where and when did you shoot? How big was the crew? What equipment did you have available?

The production was intense. We shot for a few days in the sand dunes by the Mexican border down by Yuma — which was a blast getting to shoot in this completely alien and authentic environment. It was so much sand and wind. We had to wear goggles to avoid sand in the eyes, and drive up with ATVs to get to a good shooting spot. Production sound was tough.

We also shot on a soundstage for some cockpit and wire-rigging green screen work. The cast and crew was a solid 20-30 people on deck — all friends and colleagues that have worked together on other projects over the years. We also had a handful of awesome people work on the post-production. We shot digital on the Epic with some great Cooke anamorphic lenses. We almost entirely used natural lighting to our advantage. My DP and I didn’t want it to feel glossy and overly lit. We wanted to live in the moment with the characters, and represent their stories very “untouched”. And with a VFX-heavy story, that’s pretty ambitious to go after. But that was our goal. 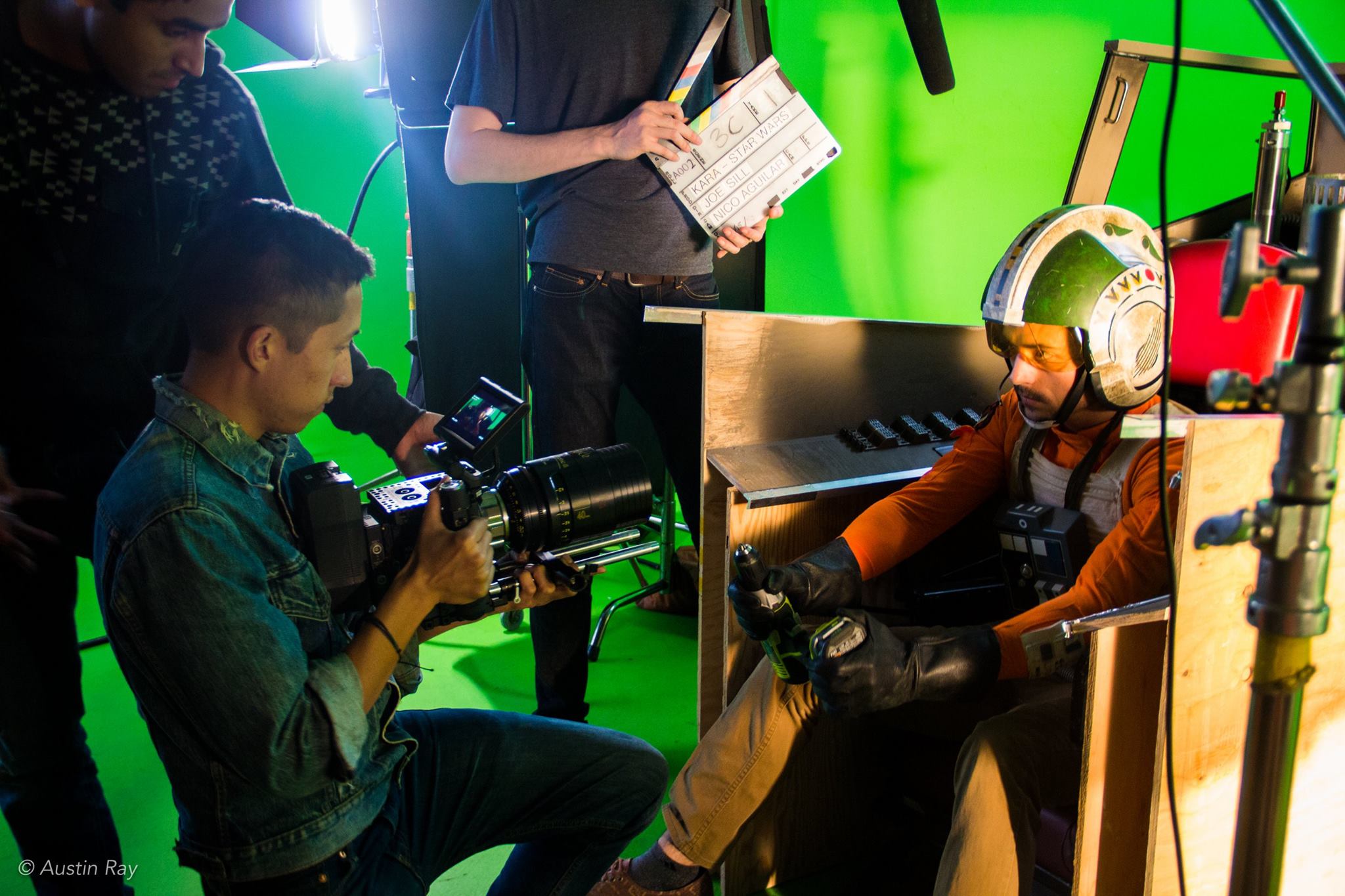 One of the criticisms fan films can often receive revolve around the lo-fi nature of the aesthetic, but this certainly doesn’t feel the case with ‘Kara’, how important was the FX work in the success of your film and how much focus did you put into getting them right?

The VFX process was kind of a snowball effect. We definitely had to push our release quite a few times in order to get it done. Before VFX were incorporated, the rough cut was pretty hard to show people. I would get self-conscious showing cuts without VFX because so much was reliant on a visual cue of an X-Wing in the sky here! — or a TIE Fighter exploding here! — or 20 lasers whizz by here!

“It became so fun to work on once we started to finish more and more shots. It really started to become magic”

It just took a lot of imagination for everybody to watch a cut where two people are looking into the a blank blue sky, and picture a dozen little ships buzzing around. It made sound designing and composing music a little difficult too, just with not knowing the exact cue points or exactly how a moment was supposed to feel, since the moments weren’t complete yet. Towards the end, though, it became so fun to work on once we started to finish more and more shots. It really started to become magic.

Right now, I’m finishing up some Nike commercials I’ve been working on which has been really exciting because they’re cool narrative and documentary pieces. I’m working on a few cool feature film developments. It’ll be a fun year. I’m looking forward to more stuff to create and experiment with, and cool people to make these things with.

If you have any further questions you’d like to ask Joe, be sure to post them in the comments below and we’ll make sure the director sees them.