The steak has been marinating for a few days now. The pan is heated. Franc's stomach is rumbling. But Liza's co-workers surprise her with a birthday party. Will she be home on time?
READ REVIEW
Next Previous 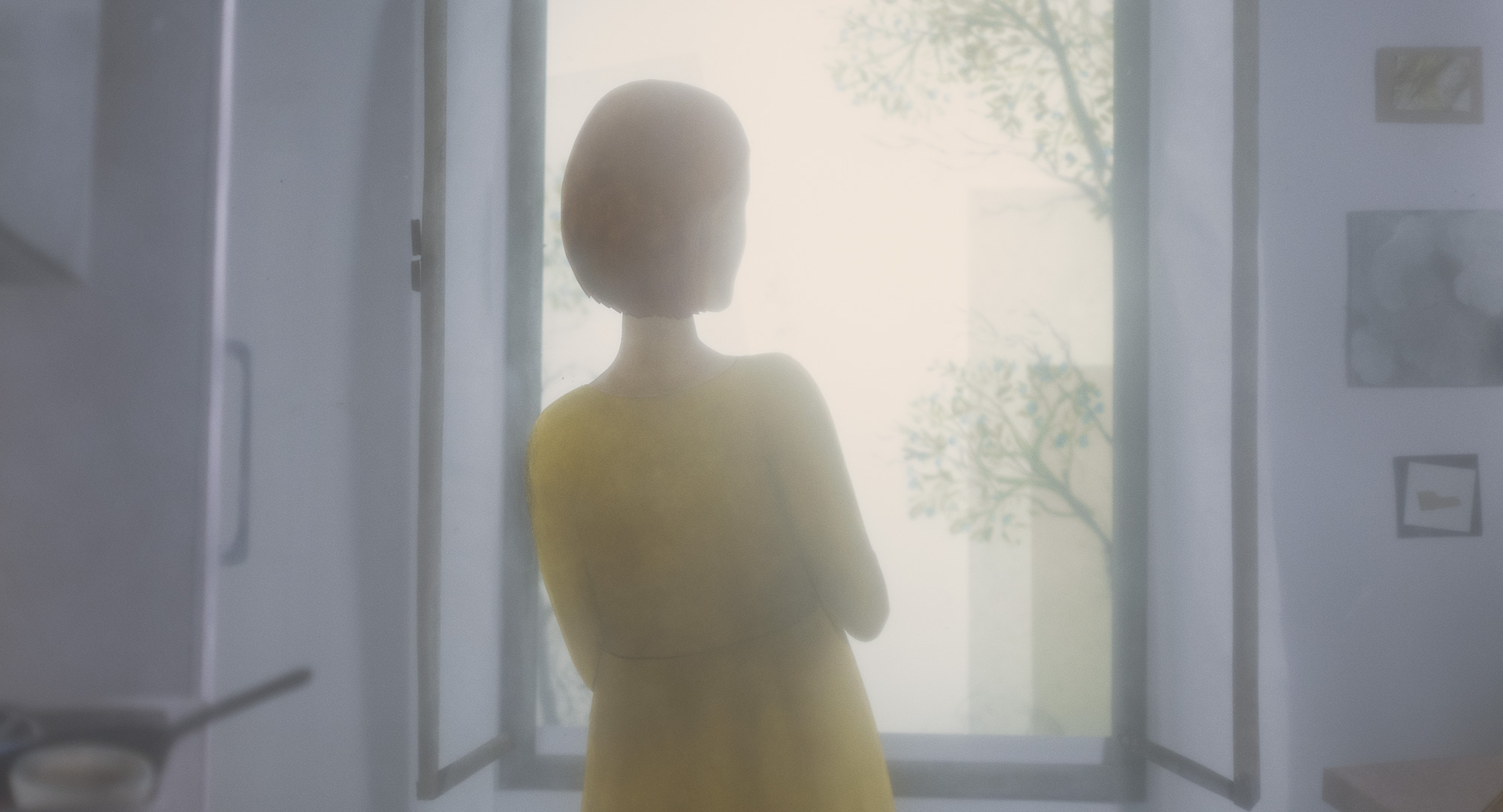 Returning to the site after her festival favourite short Nighthawk wowed audiences in 2017, Spela Cadez is back with her Annecy-winning, Oscar-shortlisted new film Steakhouse. Building on the impressive multiplane animation techniques displayed in her previous short, her latest film blends this distinct aesthetic with a simmering narrative focused on the often concealed abuse that is domestic violence.

As a big fan of Nighthawk and its inebriated badger, I have to admit I was a bit worried upon first viewing Steakhouse, as the film seemed a bit to “normal” compared to Cadez’s previous storyline. I needn’t have worried. As what starts as a seemingly pleasant film about a husband preparing a nice meal for his wife on her birthday, soon takes a darker (and smokier) turn when she arrives home late after being surprised by her work colleagues. 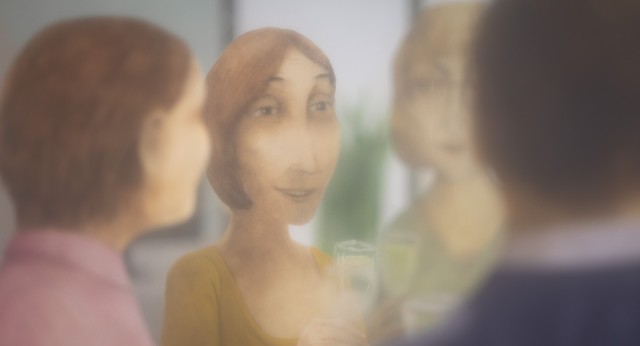 Steakhouse’s storyline and aesthetic begins quite light, before things get much, much darker.

After quite an upbeat opening, you start to get a sense of where Cadez’s short is heading about a quarter of the way through the film’s 10-minute running time, as the husband’s carefree vibe suddenly changes when he realises his partner is late for his carefully prepared meal. As his expression hardens and his anger compels him to take unexpected action, we begin to see him in a totally different light and understand why his other half looked pensive on the bus ride home.

Tackling themes of domestic abuse through psychological violence, something Cadez describes as leaving “no bruises, fractures, blood, but devastated souls”, Steakhouse asks more questions than it provides answers. “I want to invade the privacy of a couple”, the filmmaker admits, “I want to observe the mechanisms through which their lives run. Where is the border between normal and abnormal? I wonder why someone allows him-or-herself to become a victim and why does the other need this sacrifice? Is it possible that the hangman and his victim are happy in their relationship?”

Immersing its viewers in a claustrophobic apartment, where a relationship is dominated by unspoken words and constant fear, Cadez’s clever approach to production helps to elevate the tension between the on-screen couple and visualise the concealment of abuse with a literal smokescreen. Drawn back to multiplane animation due to what she describes as its  “pronounced fluidity”, the director reveals it was the technique’s ability to “cunningly create different illusions of space” and the “hypnotic transitions between them” that made it the perfect fit for Steakhouse’s story. You can see more of Cadez’s approach to animating Steakhouse in this Making-of video. 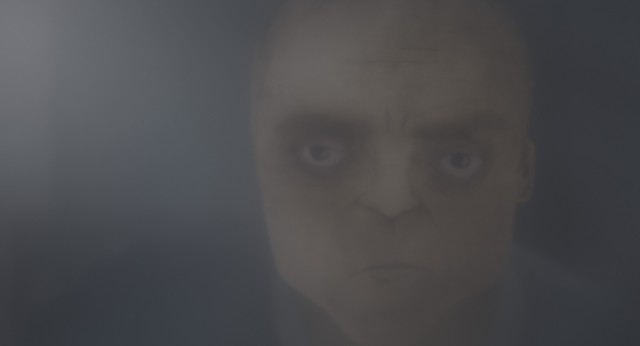 Close-up’s of Franc’s increasingly angry face make the tension of Steakhouse almost too much to bear.

Steakhouse’s immersive nature isn’t just down to its aesthetic though, with Johanna Wienert’s sound design also playing a vital role in transporting audiences into the heat of that kitchen. As the steak sizzles, partnered by a lively jazz score, it’s when we get to the eating of the meal that the audio elements reaches another level. As the steak is carved and the husband’s malicious mastication echoes through our minds – partnered with an unsettling close-up of the husband’s mouth – the tension could be anymore strained. When the wife’s torture comes to an unexpected end, it is both a shock and a relief, but Cadez’s film isn’t done there, as it has one more dish to serve!

After a truly impressive festival run, where the film also won awards at Anima, Bucheon & Clermont-Ferrand, Steakhouse is one of 15 films on the shortlist for the Best Animated Short film Academy Award. Released as part of its Oscar campaign, we’re excited to host the online premiere of Cadez’s latest film on S/W, lets hope it goes on to have the same success as The Windshield Wiper did last year. In the meantime Cadez already has one-eye on her next project, a “longer short analog animated film” where I’m sure we’ll see her continue her love of combining “traditional and experimental techniques to solve creative challenges”.