After the accidental death of his opponent in a clandestine motorcycle race, Jimmy is left indebted and threatened by his town’s gang leader. With an ultimatum over the fate of his daughter, Jimmy will do whatever it takes to solve this problem.
READ REVIEW
Next Previous 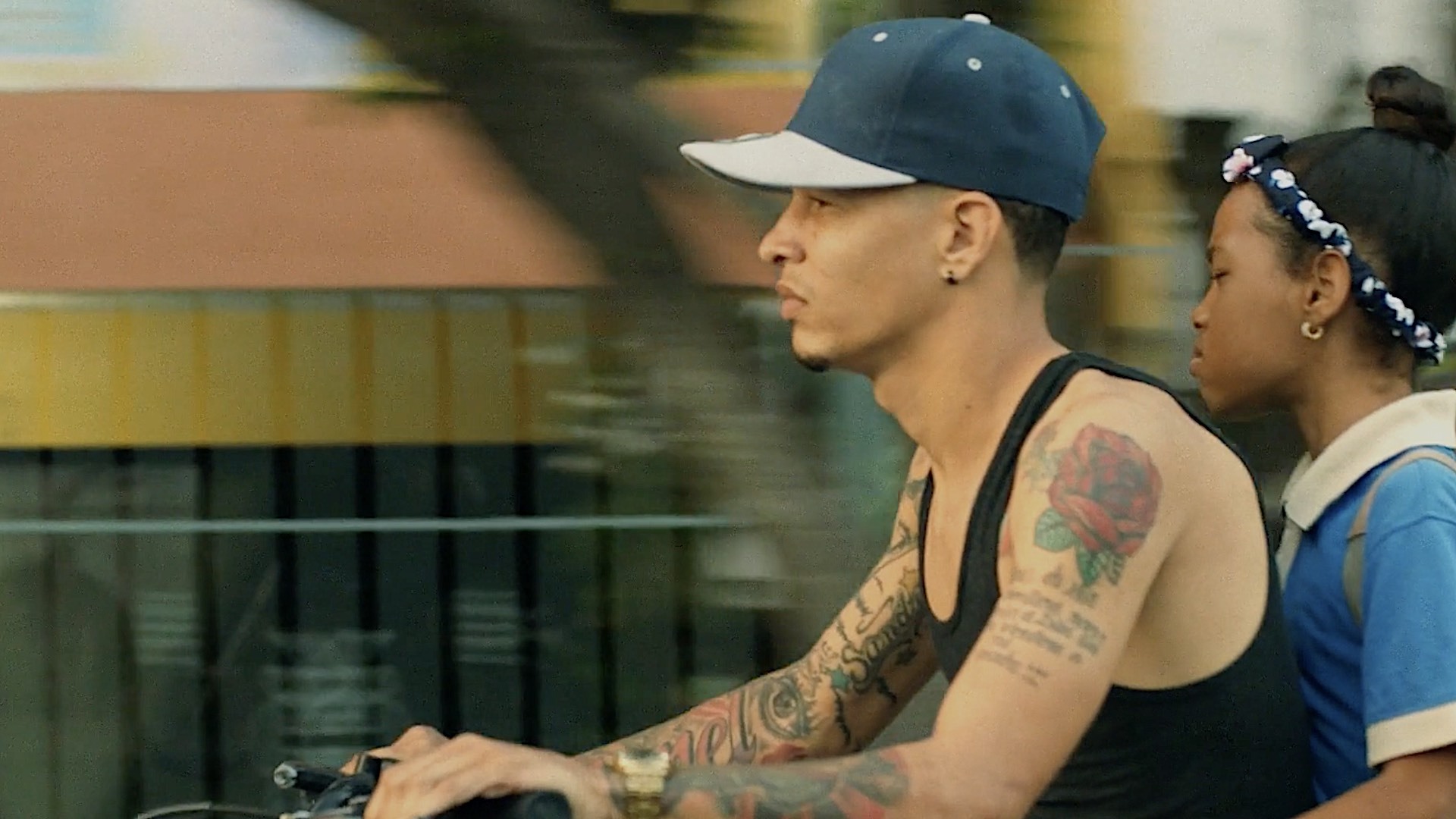 Mofle is the type of raw, yet stylish crime story that often serves as the announcement of a major new directing talent. Crime dramas never go out of fashion, and cinema history is littered with examples of famous filmmakers making their name with a low-budget, but thrilling debut. Those tend to be features though. In short film? It’s not very common! Who knows why, but the quality with which Mofle executes the nuts and bolts of the genre, paired with the relative scarcity of competition instantly earns the short a closer look. From there the film’s director, Fernando Henríquez, accomplishes what shorts are best at by telling a familiar story from a novel perspective, breathing new life into a narrative of survival and desperation by embedding it within the illegal motorcycle racing subculture of the Dominican Republic and imbuing it with a near-documentary like authenticity.

The film begins with a stylish, low-light sequence that effectively dramatizes the film’s inciting event without having to execute a complicated stunt. The scenario is shrouded in darkness, which turns a weakness of the production into a strength, obscuring the death of an illegal motorcycle racer and in doing so introducing a fundamental uncertainty from the start as to culpability or innocence of his opponent.

Mofle opens with a motorcycle race, shot at night with available light.

That opponent is Mofle, played by Jimmy Racing, a real-life street racing legend in the DR, in what is a remarkable performance. Perhaps the secret of the film is that it functions as an effective character drama first and foremost. Mofle is a charismatic figure, recognizable by a defined limp, and a loving father to a young daughter he parents on his own. Jimmy Racing exhibits excellent range in his acting to encompass these conflicting identities, shifting effectively throughout the film from machismo to fear, and to even poignant tenderness in scenes with his daughter.

Meeting Jimmy provided Henríquez the inspiration for the film. Writing to us, he responds, “I always saw the film to be about survival. In the Dominican Republic, many people’s main goal in life is to survive. They live day by day with problem after problem, making decisions in order to survive without time to overthink. After meeting Jimmy and seeing the way he lives, I realized I wanted to portray a day in the life of a family whose one goal is to survive.”

From there, Henríquez immersed himself in the world of underground racing, attending events and speaking to dozens of participants for months before beginning production. The film, while stylish, has a matter-of-fact presentation, from that underlit opening sequence using found light, to the film’s climax, which is shot in a static wide angle that is uncomfortably held throughout the length of the scene, and this is very much in line with the artistic aims of its director. Henríquez notes, “The main reason why I wanted to make this film was to show the world a real, raw, authentic, and important Dominican story— one without stereotypes or romanticism.”

“The young girl in Mofle is actually Jimmy’s real-life daughter, which really helped bring authenticity to the film” – Henríquez explains his casting process.

Aside from the direction of the camera, another way Henríquez prioritizes authenticity is through the casting of first-time actors from the racing community, and leaning into his experiences with documentary directing. “As a filmmaker, I’ve always been interested in breaking the barriers between documentary and fiction. From the development process, I always knew approaching Mofle as a documentary was essential— letting the non-actors communicate in their own organic way, casting real motorcycle racers, and allowing the script to authentically portray the characters’ true life experiences.”

After a solid festival run that included Korea’s Busan International, and winning the prize at London’s Discover Film Festival, we’re pleased to share with you Mofle’s online premiere. Next up for Henríquez? He tells us he’s working on a feature project called Tokisha which is inspired by “dembow,” a music genre originating from the Dominican Republic and which is influenced by dancehall, reggae, and hip hop. The film centers around a Dominican female and queer dembow singer who yearns to become world famous in hopes of reuniting with her mother who has been living undocumented in New York since she was a toddler.