On the eve of her sister's wedding, a young woman's queer anxieties unravel.
READ REVIEW
Next Previous 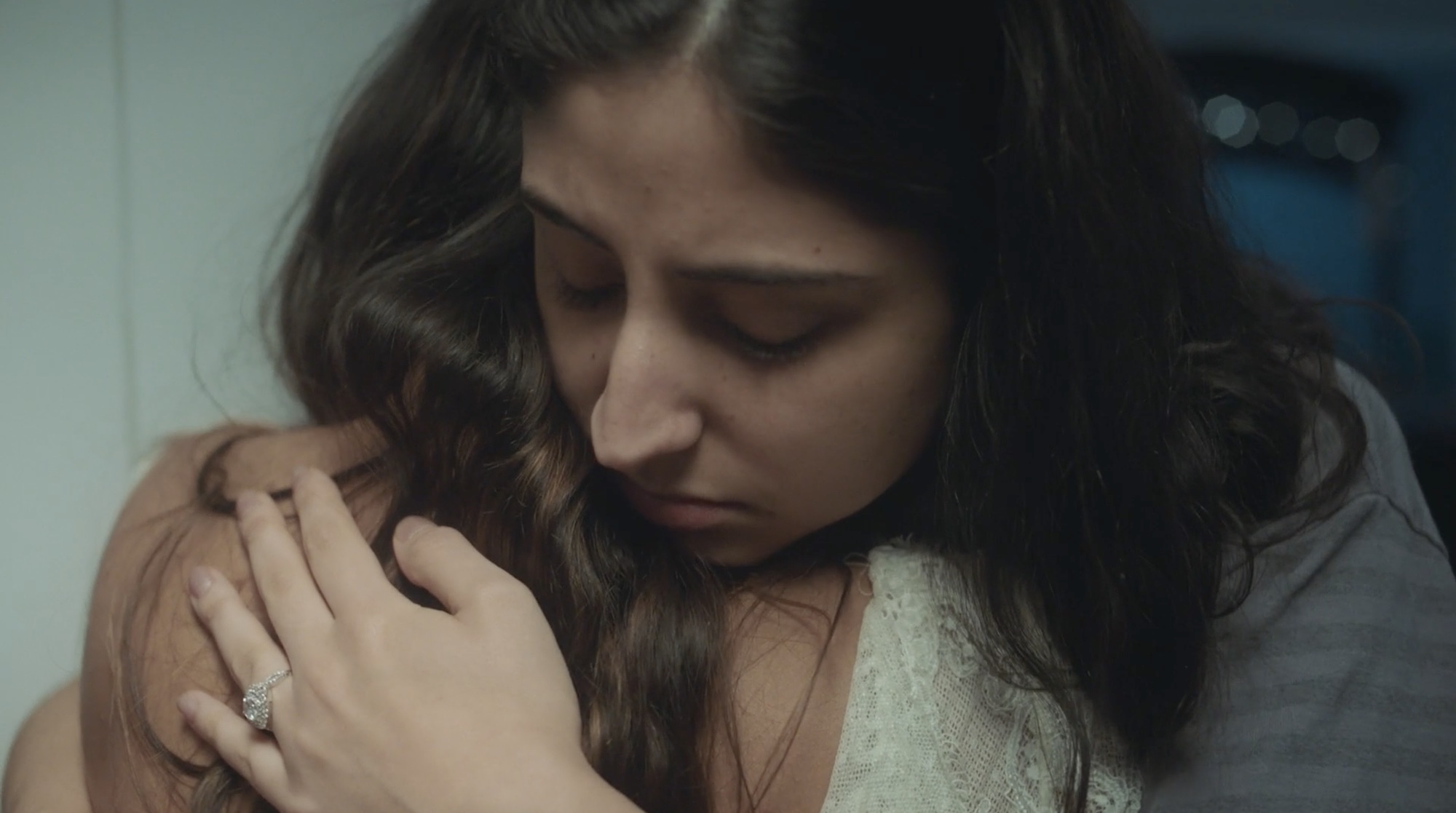 Family reunions can be stressful. So as Karina and her so-called roommate spend the eve of her sister’s wedding at her parents’, this special occasion will trigger her anxieties as she has to conceal her queer identity. In Dress Up, writer/director Karina Dandashi crafts a narrative with undeniable universality from a deeply personal story about having to play a part when with family, combined with the strength and power of the bond between siblings.

A quick glance at the cast and crew list reveals that Dandashi not only wrote and directed the film, she also stars in it and cast her own sister as her on-screen sibling, which explains the uncanny resemblance. Sharing with us that her creativity is her “personal outlet to digest and project my own experiences as a queer Arab-American Muslim woman”, Dress Up blurs the lines between fiction and reality in more ways than one, as she also used her own home videos in the short. Ultimately, Dress Up is not a film that relies on an intricate succession of plot twists, it’s all about the main character’s inner journey, and the authenticity of the screenplay and the creative process as a whole is very much apparent and is what makes the film so emotionally compelling. 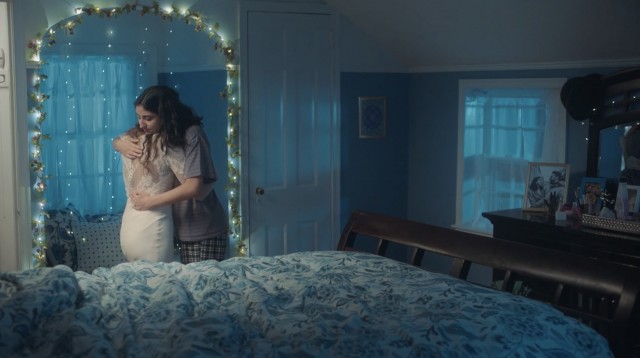 Karina Dandashi and her sister Nadia Dandashi (R) star in the film together.

Dandashi’s personal story and emotional journey are obviously very specific, but the underlying themes here are easy to relate to. The perspective of a queer Arab-American Muslim woman is not something we find often in films and while that is what gives Dress Up its unique angle, struggling with parental expectations and finding someone who provides support and comfort is a universal experience. For me, what truly stands out in this film is the depiction of the bond between the sisters. Given the situation, and all the anxiety it triggers, Karina can’t help but envy her older sister, yet the latter only shows her love and support, which ultimately helps to resolve Karina’s anxiety loop.

The film subtly builds up Karina’s inner conflict in different settings, but the second half of the film is when we see her process it all, up until her sister joins her in an emotionally powerful climax. The chemistry of their performances had to be palpable for the film to truly be effective, as it’s this scene that anchors it all. With sensitivity, the camera captures that beautiful moment they share wrapping the film on such a warm and hopeful note.

Dress Up had a festival run that started with its world premiere at Aspen Shortsfest 2022, quickly followed by selections at Inside Out, Outfest Fusion and NewFest where it won the NYWIFT + NewFest Emerging Filmmaker Award. Dandashi has already completed a new short film Cousins that will premiere in 2023 and is now working on a series based on this upcoming short. Her feature debut Out of Water, which she’s working on with her producer Aya Hamdan (10 Mils Productions), was recently selected at the Film Independent Producing Lab.