A mother and her daughter are going through a very stressful time together. They hope that their stay at a spa hotel in the mountains will help relax the situation. But the isolated retreat becomes the setting for a physical and psychological nightmare.
READ REVIEW
Next Previous 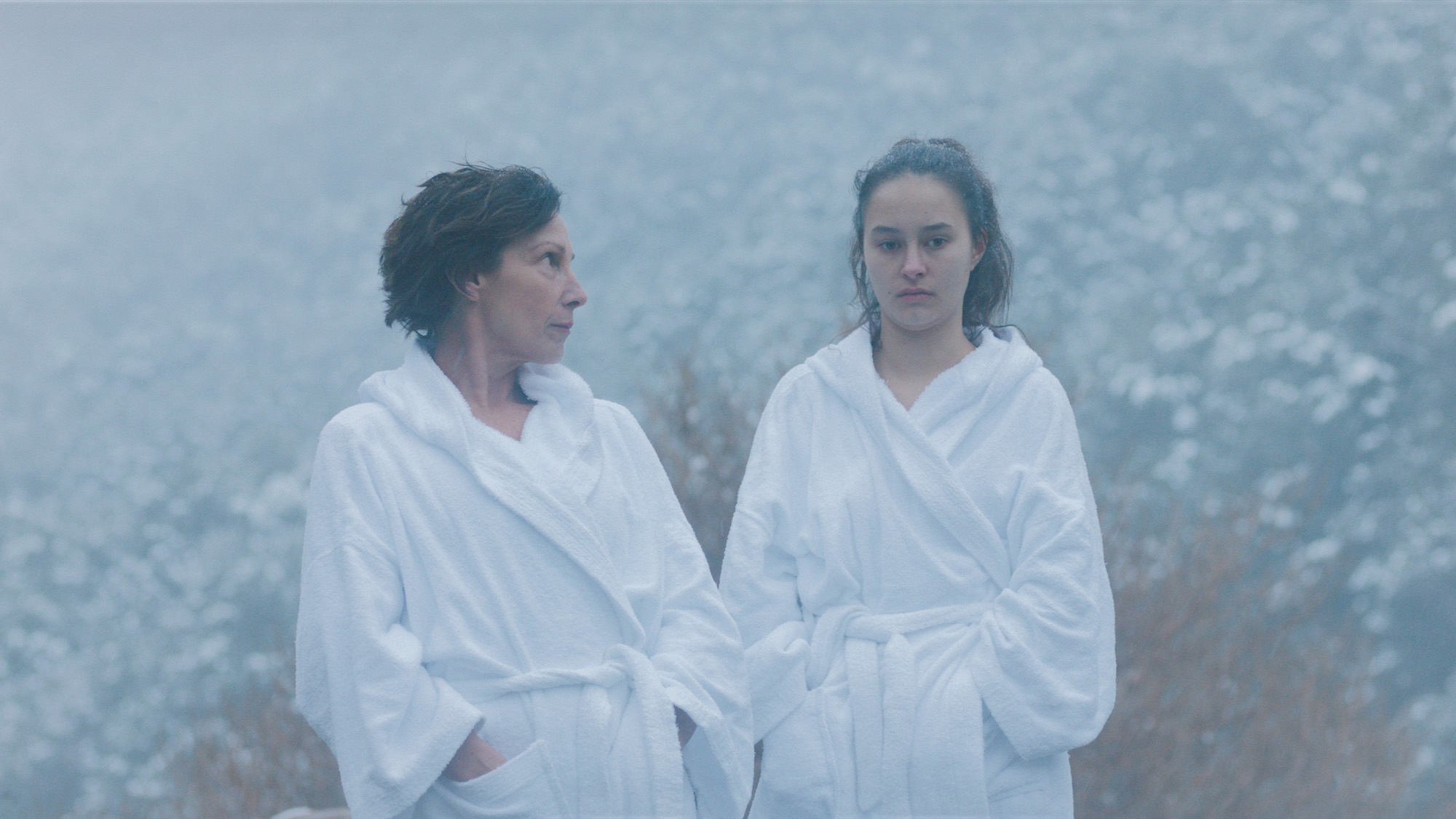 Drama about Family in Live-Action
Directed By Lucy Knox
Produced By Evie Mackay & W.A.M. Bleakley
Made In New Zealand

Despite the almost clickbait nature of its title, you can ditch the preconceptions when it comes to Lucy Knox’s short film Hot Mother. The unpredictable tale of a mother/daughter bonding session that goes terribly wrong, Knox’s 14-minute film immerses it viewers in the warm embrace of a hot springs spa, where tensions should be eased and troubles erased.

The first indication we get that this planned vacation is doomed to failure comes from the frustrated looks Naomi (Alison Bruce) consistently aims at her daughter Sofia (Erana James), as the young girl seems much more interested in her device than the amazing location they currently find themselves. If their relationship seems strained on introduction to the pair, the pressure rises when Sofia discovers a dick pic on her Mum’s phone. Luckily, they’re at a resort where stress and worry shouldn’t be a problem, a quick trip to the steam room should sort everything out.

“I wanted to create a film that explored a mother-daughter dynamic, filled with teenage tempestuousness, in a contained and intense environment”

The tight confines of these humid spaces feel like the perfect setting for a family to air out their differences, something writer/director Knox certainly had in mind when penning the script. “I wrote this whilst on a family holiday”, she explains, “which caused me to reflect upon my relationship with my family as a teenager. Later, when reflecting on this experience with friends, I realised a lot of us held guilt over the way we treated our parents as moody teenagers. I wanted to create a film that explored a mother-daughter dynamic, filled with teenage tempestuousness, in a contained and intense environment”.

Built around a simple premise, Knox reveals that she was interested in how “an unforeseen accident – from something as seemingly inconsequential as the bad design of a door – could have such catastrophic consequences for these people, and quickly turn a regular day into a nightmare”. And nightmare certainly seems the right word! If Naomi and Sofia thought they had problems before entering the steam room, their petty differences will seem pretty small once their situation (literally) starts to heat up. 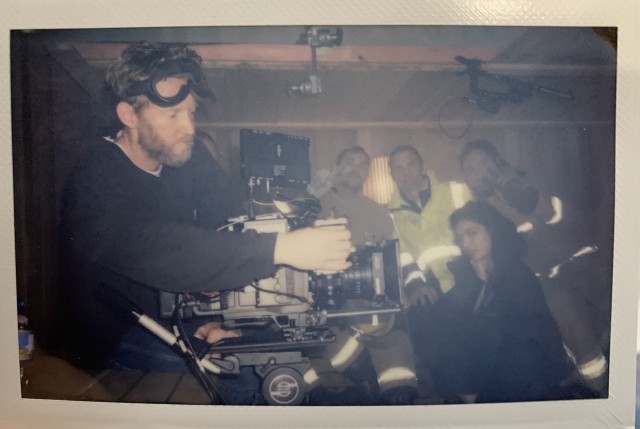 The Hot Mother crew in the custom-built steam room

An immersive short where the sweat dripping of the walls of the steam room feels worryingly palpable, to achieve the filming within this space Knox custom built the space with help from her dad, partner, and friends in Auckland. There’s an atmospheric and surprisingly tense mood to Hot Mother before they even become trapped in this human-sized oven, but once inside the desperation is amplified by the close orbit of the cameras and perfect choice of soundtrack – a maddening panpipe version of Céline Dion’s Titanic balled My Heart Will Go On.

As the short reaches its suffocating climax, Paul Rowe’s edit cleverly flicks from the steam room, where mother and daughter are wilting quickly, to the spa’s front desk, where the receptionist shares a flirty laugh with a co-worker over some adorable animals videos. Despite the horrific impact of the film’s final shot, there’s also something a little cleansing in the resolution as the drastic situation does force the mother and daughter to share a tender moment together, which was surely the outcome Naomi wanted from the trip. It wasn’t just on-screen where things got cathartic though, with Knox revealing that after the shoot they were able to tear down their homemade steam room and sell the wood so the buyer could “build their own sauna in their house”. Lets hope it worked out better for them.