Two sisters are forced inside a mosquito net (moshari) to survive — but can they survive each other?
READ REVIEW
Next Previous 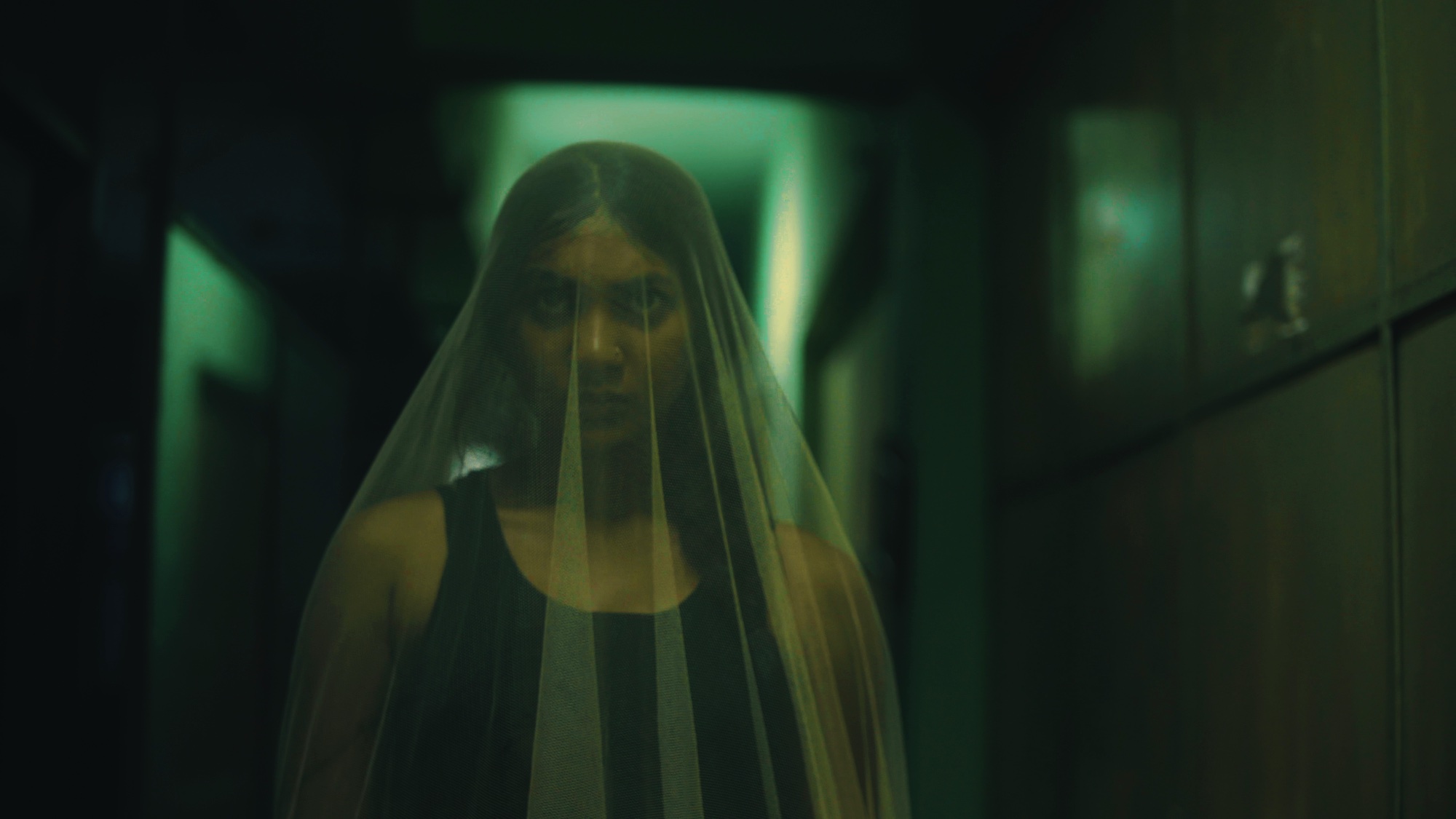 As a programmer for Short of the Week, there are certain films you see on the festival circuit that you instantly want for your platform. With Halloween approaching, if there was one title I could pick to feature on S/W this spooky season it would have been Nuhash Humayun’s lingering Bangladeshi horror Moshari. Set in a world plagued by vampires, where Europe and America have fallen under attack from these monstrous bloodsuckers, we join two sisters from Dhaka as they battle to survive, protected only by their moshari (mosquito net).

At 22-minutes in length, Humayun’s film feels very different from the horror shorts we’re used to seeing, in fact, in the time most have delivered their final jump scare Moshari is still working on establishing it’s narrative and its universe. The world-building is particularly impressive here though and it feels like the director is dropping clues into where his storyline is heading very early on in proceedings. A simple line like “I can’t stand sharp edges” sounds strange minutes into the run-time, but feels almost prophetic when the trouble erupts later on. Much of the backstory here is served via loud speaker as an unseen official warns the inhabitants of the city to “return to your houses” and “stay inside your moshari until the sun comes up”. It could be seen as a lazy exposition, but it works and you instantly feel immersed in the world and up to date on the tragedies that have destroyed it. 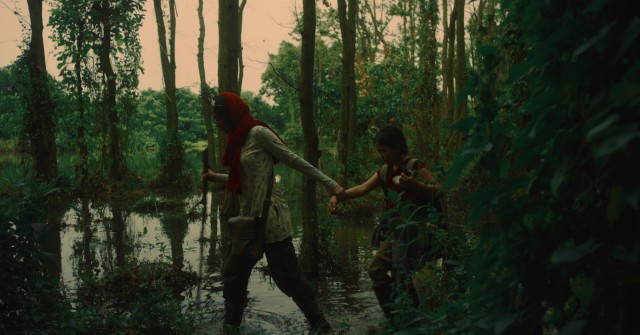 With night fallen and the sisters safely (or supposedly) inside their mosquito net, we’re eight minutes into the film when the opening titles final appear. It’s another three minutes, just over the half-way mark, that Moshari’s monsters make their entrance and although it’s only a finger we see at first, the terror and tension is instant. From here on out Humayun isn’t interested in hiding his creatures from sight, they appear slowly at first – hiding behind Apu as she searches for Ayra – before revealing much more of his bloodsuckers with a truly unforgettable scene as one emerges from a doorway. From here on out it’s all action. If the first 10-minutes of the short were leisurely paced, Moshari kicks into overdrive for its remaining duration and it’s an exhilarating watch

Based around his own personal childhood fears, Humayun recalls that when falling asleep under his own moshari as a child “the light would trap outside the net in a specific way, and I’d imagine shadows…creatures…right outside it”. From this adolescent terror, the premise for Moshari was born and the director, who also wrote the film, expanded the universe with a desire to see Bangladesh represented in an apocalyptic vision. “I always grew up watching hauntingly cool end-of-the-world films”, says Humayun, adding that “it was always New York or London that was getting attacked by aliens, monsters or a deadly virus”. However, he was eager to know what was happening Dhaka in the on-screen universe and longed to see a version where the residents of Bangladesh figured out how to survive.

Moshari’s vampires are introduced slowly at first – a pointy finger, some creepy hands in the background – before a more full-frontal reveal later on.

Excited by the prospect of introducing the world to Bangladeshi horror, something that’s not really been seen in cinema before, the director and his team work wonders in bringing his script to screen. Sourcing some impressive locations – a rickshaw-graveyard, a swamp and an abandoned Coke factory on the verge of demolition – despite working with a limited budget, Moshari has a feature film aesthetic, the visuals soaked in nightmarish blues and greens. With money for production tight, Humayun couldn’t afford the special effects he wanted and had to “learn VFX compositing myself on After Effects to finish the film”. As with all good horror films, sound is also vital here and the director kept things regional by employing South Asian instruments like flutes and tablas, that were distorted, to create a unique sound. The production really is on point, the story constantly moves at an engaging pace, but, if there was a dip, it feels like the slick visuals would be more than enough to keep you captivated.

Although the story behind a film should never really make you want to programme it, learning about the obstacles Humayun and his team had to overcome to bring Moshari to life only works to amplify just how impressive this short is. Having already wowed viewers on the festival circuit, the Oscar-qualified short (a first for Bangladesh!) won the Midnight Award at SXSW and an Audience Award at Fantasia, and if this is an indication of what we can expect from Bangladeshi horror, then I’m hungry for more. We’ve witnessed a trend of short horror films get the feature treatment in recent years, I can’t remember any of them feeling more deserving of narrative expansion than Moshari.