A retired frog samurai wants nothing more than to be left alone and spend his remaining years in peace on the golf course. But when he unwillingly becomes the protector of a baby turtle he must draw his club for one more round.
READ REVIEW
Next Previous 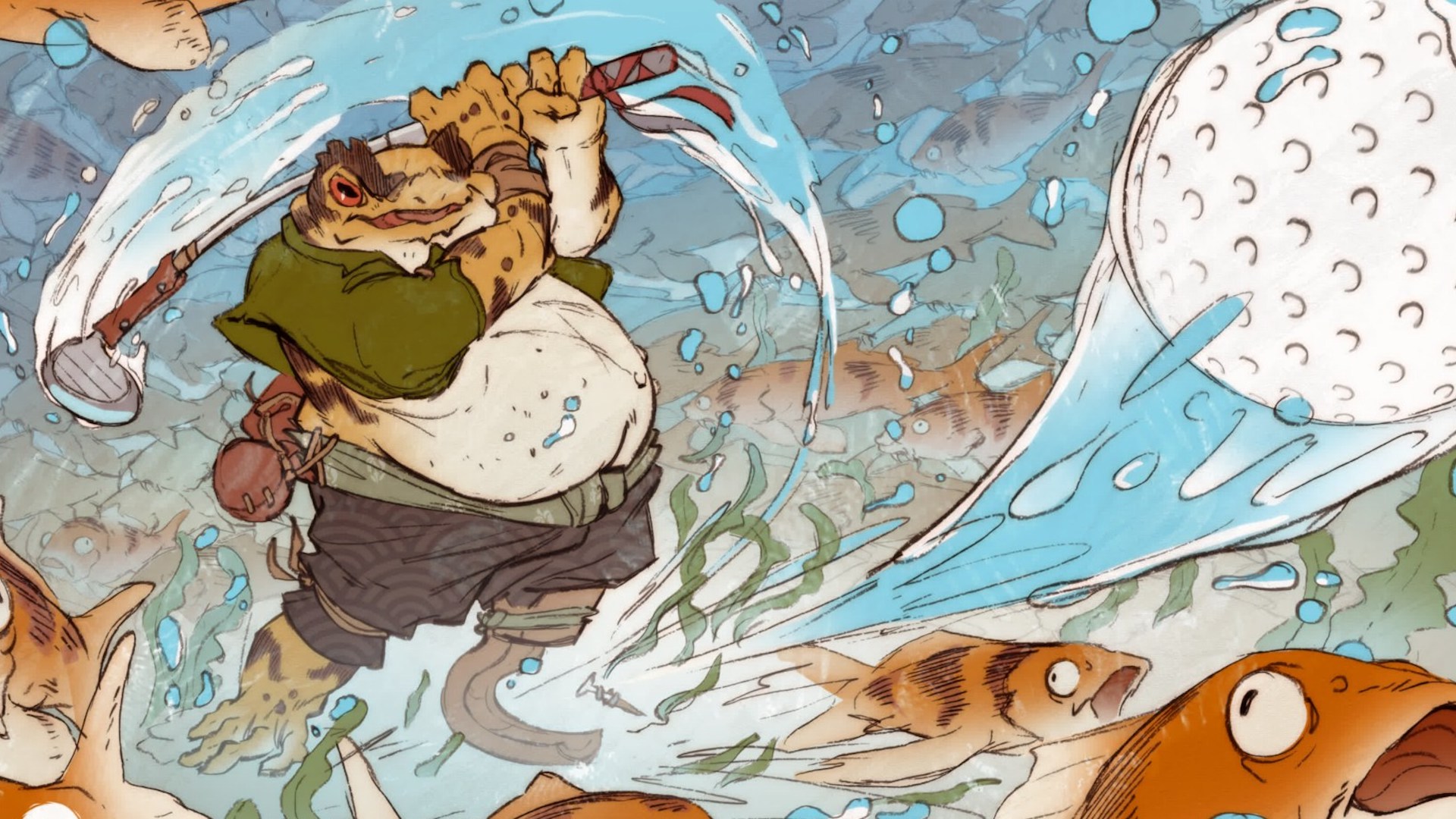 There is a commendable honesty to a film that delivers “what it says on the package”. Samurai Frog Golf is one such film, a sub-4min animation that provides a striking action sequence and a hint of world-building potential centered around…a golf-loving frog who happens to be a samurai. The mad-libs randomness has its charms, the animation is striking, and, in the tradition of Teenage Mutant Ninja Turtles (perhaps we’ll get Middle-aged Wokou Newts someday in the future?) the film team has ambitions to turn the work into a series. Does the film team have what it takes?

If Teenage Mutant Ninja Turtles is indeed an inspiration, then director Brent Forrest and Japanese studio, Marza Animation Planet, are reaching past the goofy animated series that brought the turtles fame, all the way back to Eastman and Laird’s original comics. Samurai Frog Golf is brightly animated with whimsical touches, but it doesn’t traffic in much slapstick—instead its dour protagonist is a penitent killer, described in supplementary materials as “scarred inside and out, the old samurai is haunted by ghosts of a life of violence in the Frog Wars. He melts his sword into a golf club and vows never to kill again.”

Being thrust into the role of a child-protector is clearly a reference to the seminal manga Lone Wolf and Cub and it is hard to think of a work with less levity than Kazuo Koike’s magnum opus. Yet, the vow to avoid killing promises that we might keep the proceedings PG-rated, and reminds viewers of another of Japan’s most famous fictional samurai—Himura, of the hit shonen manga/anime Rurouni Kenshin. That series is a masterpiece when it comes to blending comedy bits and dramatic arcs, and if Samurai Frog Golf adopted that series’ tone, I think it would be a very good thing. 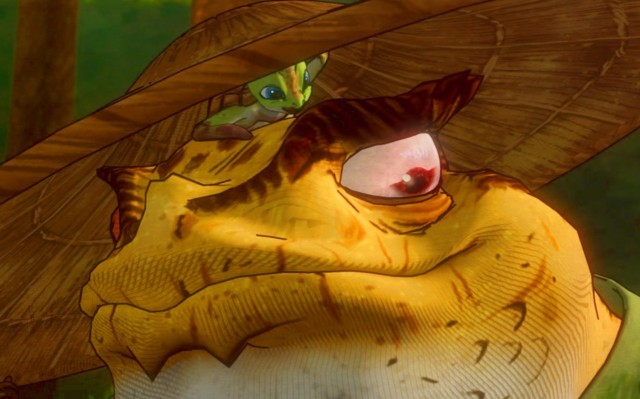 If I’m making the project sound derivative, it’s because, at 4min long, the bulk of the potential world-building is only alluded to. Forrest has grand designs, however, and their rootedness in Japanese folklore is exciting—humans have disappeared into legend, and animals have reclaimed ownership of the land, sea, and sky. Golf has a special meaning to them and they’ve built their societies around the game. In writing to us Forrest reveals that he is, “hoping to be able to tell the entire story of our heroes journey across the eighteen lands of this imagined animal kingdom. I think the world is ready for a golf-infused frog samurai serial adventure, and I’d like to be able to create something in the same vein as the Samurai serials that I watched and loved as a child.”

What is clearly present on the screen is its animation. Many works have attempted a “2D aesthetic on 3D models” and as the Japanese anime industry has belatedly embraced computers, the approach is no longer novel in and of itself. That said, Forrest and Marza’s approach is striking—heavy graphic lines but soft, almost watercolor shades which evoke the pastoral art of its folkloric setting, as well as drawing inspiration from traditional Japanese woodblock prints. Utilizing Marza’s proprietary tools—Shape Meshing and Time Filter—these techniques allowed the production to merge hand drawing with the CG pipeline in order to facilitate the film’s unique look and feel. The achievement was validated by the film’s selection to SIGGRAPH this summer. Further details can be gleaned from Forrest’s appearance on the Animation Industry Podcast.

Aside from the unique aesthetic, the film’s animation action sequences are exquisitely choreographed. I tend to think that animated fight sequences are the best due to the total control the creative team is able to bring to bear, but even then, the creativity of Samurai Frog Golf‘s stagings is exciting—fast-paced, but legible, with a keen understanding of physics and the geometry of the space. As a whimsical, pretty, and excitingly kinetic action short film, Samurai Frog Golf delivers truth in its advertising. Whether it is strong basis for a long-running televised serial? That is a more challenging question, but I would be intrigued to find out.